We explore the huge game improvements that came with Witcher 3's free next-generation update for PS5 and Xbox Series S|X.

The Witcher 3: Wild Hunt is a classic title that has remained in the hearts and minds of every videogame enthusiast out there. Originating from its highly-acclaimed book series by Andrzej Sapkowski, CD Projekt Red's compelling stories set within a reimagined world of Slavic myth continue to hold the people's attention.

The tale of Geralt of Rivia has seen multiple next-gen ports, a DLC and its own Netflix series. Now owners of The Witcher 3: Wild Hunt on current-gen consoles and PC will finally get to experience the game in a whole new light. Literally.

On REDstreams, the official next-gen update was finally unveiled. On December 14, 2022, a big patch for the game will come completely free of charge for people who own the game on PC, PS5 and Xbox Series X. This update will introduce new graphics mods, UI changes, and more. Here are the top ones we're excited about the most.

Exciting visual enhancements are coming to the Continent. Assets within the game, most notably the foliage (aka the flowers, grass and trees you see almost everywhere) have been completely reworked. On top of that, integrated mods and 4K textures will grace the new Witcher 3 experience on December 14th.

While more upgrades are set to change the game's look to match next-gen standards, they're more than just a fresh coat of paint. What exactly do they bring to the table?

The next-gen Witcher 3 update overview revealed the following features for both consoles and PC:

A Performance and Quality Mode is coming to console versions of The Witcher 3, as well as Haptic Feedback and Adaptive trigger settings.

Geralt will finally be able to Quick Cast his spells, which means no more pulling up that pace-killing radial menu. Speaking of the White Wolf, a new Netflix DLC Quest is coming to the game, although it's quite uncertain whether we'll be seeing Henry or Liam in it.

Cross Progression is also another welcome addition. Only time will tell if this addition to CD Projekt Red's magnum opus will prove as messy as it has with other big game titles.

Cloud Saves will also be implemented so that you never lose any of your progress while you're blazing a trail of blood and hard-won Gwent matches throughout Nilfgaard.

We're finally getting a map filter to hide those god-awful Question Marks. Less clutter will definitely make the experience of opening my next-gen map for the nth time that much more enjoyable.

With that, being able to adjust subtitle proportions and actually being able to pause the cinematics are just some of our favorite quality-of-life changes. More secrets were said to be revealed once the update drops, and many of us are just as excited as you are. 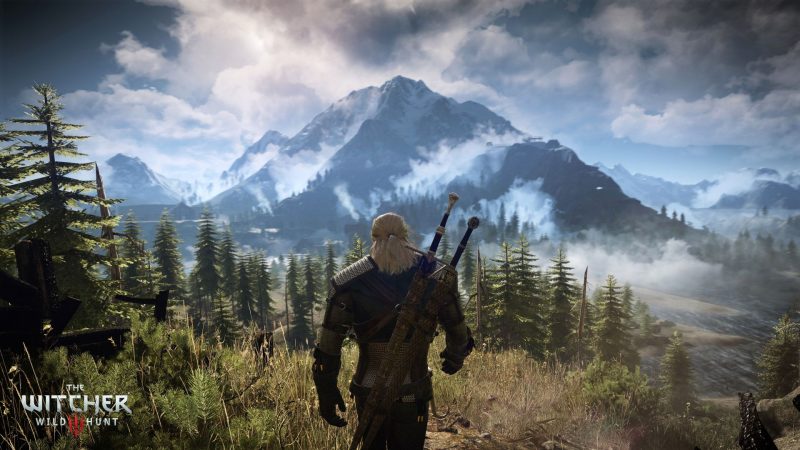 Capturing moments within CD's beautiful interpretation of The Witcher's Continent just got a whole lot better. With multiple capture settings, filters and more, you'll finally be able to take pretty pictures of the amazing vistas Witcher 3 and its DLC expansion has to offer. The devs have even hinted at a future competition, so if you have an eye for photography, you know which update to install.

For the best news on all things esports, follow ESTNN.