Armored Core VI is real. Could From Software's revival of their cult franchise finally mean Mechas are back? And what even is an Armored Core? Is it Dark Souls? Find out here!

Many of you might not remember, but From Software, the Japanese studio behind all those soullike titles you've been playing over the last 10 years, used to make other games.

In the days before Dark Souls, Armored Core was the big franchise they were known for. A series about military Mechas hurling all sorts of high-powered weaponry toward each other while competing for objectives. Not only was the series one of the pillars of the genre's representation in gaming,  it also managed to carve out a decent competitive scene. And while the franchise was mostly contained to Japan, it also managed to attract a cult following here in the west.

Armored Core is also important because its fourth installment marked the directorial debut of one Hidetaka Miyazaki. You know, the guy that then took on the already doomed Kings Field revival and accidentally created Demon's Souls? You may have heard of him. It is also important to note that people hated Armored Core IV and its standalone expansion; also directed by Miyazaki, for speeding up the flow of the gameplay and putting a focus on aerial combat. For a while, fans often cited that he had killed Armored Core for good.

The long silence that then followed the release of Armored Core V in 2012, made it very clear that From Software's focus had clearly shifted toward those Dark Souls games. Now that From Software is seen as an innovative leader in the industry the question for a while now was: Are we ever gonna see Armored Core again?

And it only took a little over 10 years of patience till we finally got the announcement of Armored Core VI: Fires of Rubicon at the Game Awards 2022. Which leads us to the more important question, what even is Armored Core?

Armored Core is a long-running franchise by From Software, which managed to stack up an impressive 20 titles over the span of 1997 to 2012. It is a series built around the concept of Mechas, gigantic fighting robots you might know from anime like Gundam or Neon Genesis Evangelion, or games like Metal Gear Solid. The series was infamous for its complex controls and in-depth levels of customization, something that From Software would later bring into their Soul's titles as well.

But that's also where the resemblance ends. In Armored Core players are tasked to complete different missions with multiple objectives, and upgrade their fighting machine while also making sure that operating and repair costs don't exceed their payout. Armored Core also had a quite healthy competitive tournament scene both in Japan and in the West. Obviously, players would want to test their builds against each other, and later titles would even introduce team battles centered around objectives.

But the issue that always haunted Armored Core, was that it served a very specific niche. And cutting back to make the series more accessible, would also take away from what players have grown to love. But in an odd change of fate, From Software managed to attract a very dedicated audience around their Soulsborne titles exactly because they didn't cut back on the merciless difficulty and inaccessibility that would define this new subgenre. This gives us hope that Armored Core VI can reach a whole new dedicated audience and maybe even bring the Mecha genre back into the spotlight. 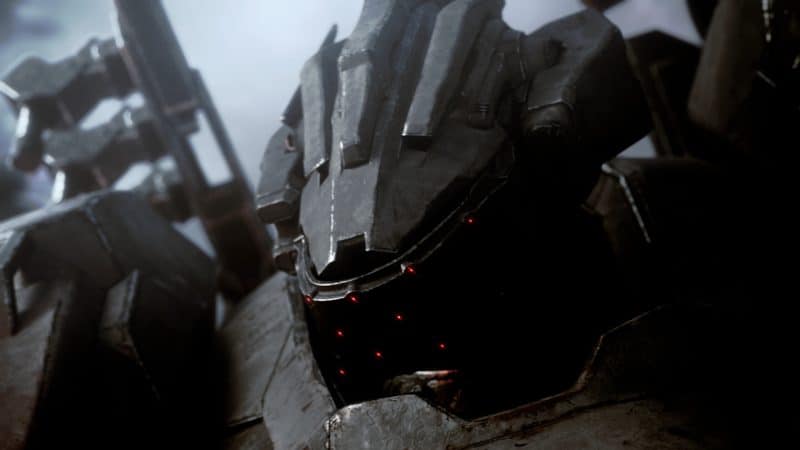 Armored Core VI: Fires of Rubicon promises to be a return to form after an extended slumber. In an interview with IGN, From Software president, Hidetaka Miyazaki confirmed that Armored Core VI would stay true to the roots of the series instead of trying to cater to their newly acquired Soulsborne fandom. The game will feature the usual mission-based structure and the level of customization long-time fans expect from the series.

Despite being the sixth game of the main series, Armored Core VI will tell a completely new story that can be enjoyed by new players and veterans alike. But it also seems to be a soft re-envisioning of classic Armored Core gameplay. There are talks of making the gameplay much more aggressive and rewarding more risky approaches at all ranges. The groundwork was conceptualized by Miyazaki himself, but the directing honors will go to Masaru Yamamura who served as lead game designer of Sekiro: Shadows Die Twice.

Armored Core VI takes place on Rubicon 3, a planet that was recently the victim of a catastrophe. Now several factions fight over resources and a mysterious substance that was the source of mentioned catastrophe. The player will take over the role of a mercenary that comes to Rubicon 3 and gets engulfed in the ongoing conflict. And that's pretty much all we know so far. But don't worry about the lore of Armored Core, it is about as cryptic as you expect from a From Software game and being lost is part of the experience. 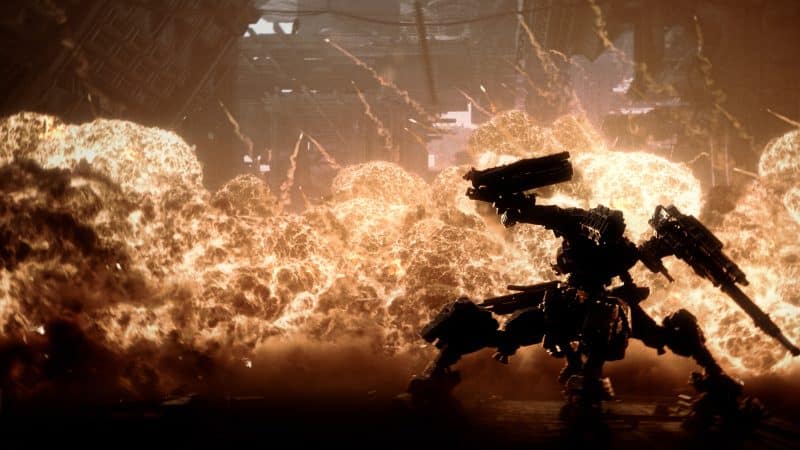 But Armored Core VI's announcement also means so much more than just the return to a niche franchise. The entire Mecha genre has been in hibernation for a while now. And the few games within the genre are either banished to the dwindling arcades of Japan, free-to-play titles bogged down by free-to-play mechanics or turn into vaporware.

It's been quite a while since we had a big-budget Mecha title with the backing of a studio that knows how to throw its weight around. But the genre also seems to be on the up and up again. This year saw the release of a new Gundam anime, Mobile Suit Gundam: The Witch from Mercury the first entry in the mainline series in seven years. And maybe it and Armored Core bring the long-awaited revival of the genre, a genre whose high-octane action and scale would really benefit from next-gen hardware. But I can dream, right?

Armored Core VI: Fires of Rubicon is expected to release in 2023 for PlayStation 4, PlayStation 5, Xbox One, and Xbox Series X/S.

For more news, all-round gaming and esports, give us a visit here on ESTNN