Former TSM turned NRG members — Daequan “Daequan” Loco and Darryle “Hamlinz” Hamlin — returned to the internet in August after an extended leave. Five months later, their content house has shut down, and their status with the organization is up in the air.

NRG Esports secured Daequan and Hamlinz after the two parted ways with TSM this past summer. The organization orchestrated a viral comeback for the ages.  Daequan and Hamlinz finally emerged from hiatus, revealing the $7M USD NRG Thoom House and it seemed all was right in the world.

Five months following the announcement, Daequan and Hamlinz withdrew from social media and content creation unexpectedly. Fans wondered what happened, and while Daequan has not spoken publicly, Hamlinz stated that the NRG Thoom House is no more.

Hamlinz returned to Twitch on January 13 after several weeks of inactivity. Critics came out in droves, calling the content creator a scammer amongst other harsh words. Hamlinz streamed for eight hours and would not go live again until yesterday. Before doing so, he took to Twitter to explain his absence of late:

“The truth is I'm feeling depressed again and I was embarrassed to say anything to you guys/girls, my bad I should have let yall know I needed a bit of a break. People are definitely reaching calling me a scammer etc, ima make a alt acc to stream on so its less pressure. LOVE U.”

He went live on that account and gave viewers a glimpse into what's happening behind the scenes. In a clip captured during the stream, Hamlinz explained that the NRG Thoom House is no more for a variety of reasons.

“There's a lot of reasons why there's no more Thoom House. The main reason is the internet is f***** dogsh**.” Everything was wrong with the house. There was a lot of problems like disagreements with NRG with the editing and how we're supposed to do the content. It was our idea for the channel but at the end of the day it's NRG's channel. The Thoom House channel wasn't ours and we can't post on that channel anymore if we leave NRG.”

Hamlinz did not say whether or not he and Daequan have left NRG, but the two are presumably still under contract. However, the once-promising $7M USD Thoom House is dead in the water. Hamlinz and Daequan played a significant role in helping the Thoom House channel reach 500K subscribers, so it's unclear what direction NRG will take next.

Fans might be wondering what happened to Daequan. Well, there's no answer at this time. He has not tweeted nor streamed since October, so it seems he's taking another hiatus. Hopefully, fans will hear something soon. We'll ultimately have to see what happens between the two content creators and NRG down the line. 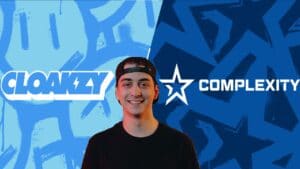 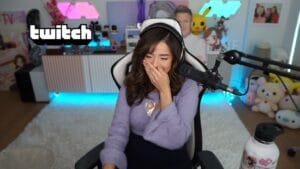 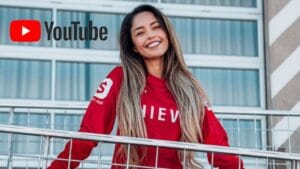