The first Year 10 update, Patch 10.1 changes just about everything about SMITE, the most important being the new Conquest map.

The new Seasons – or Years from now on – have always changed a myriad of things about Titan Forge Games’ Action-MOBA, SMITE. However, Year 10 goes even further beyond, as the 10.1 changes just about everything about the game. With promoting the Fire Giant into the roster of playable Gods, the developers have set the stage for some incredible updates – the most interesting being the new Conquest map, which has been showcased back at the SMITE World Championship. With the 10.1 Patch Notes revealed, we now  know the exact changes of the premier game mode of SMITE!

The new map has a very similar layout of the Closed Beta and Season 2 maps, with broad lanes, shorter distances between the Outer Turrets, and a Jungle that actually looks like a Jungle. The Order Team will start out at the base of Mount Olympus, while the Chaos Team will begin their match in the Lair of Behemoths.

All the Boss Obejctives has been changed: 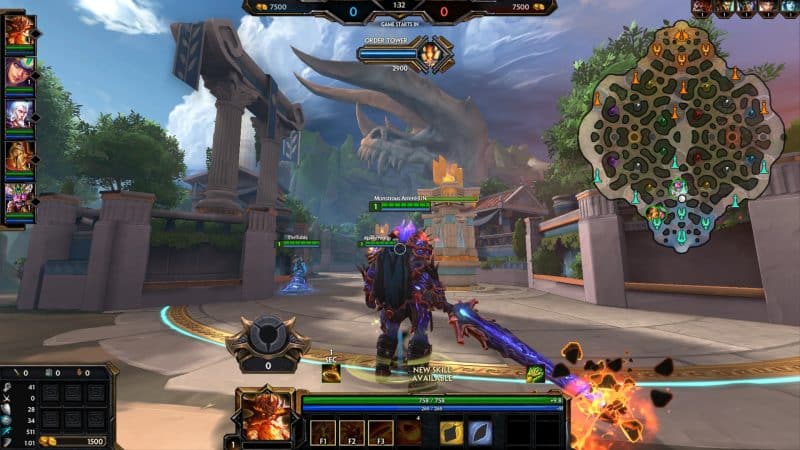 The Lane Objectives received and overhaul as well: With the new camps and the Unleashed mechanic being added to the game, Conquest will change drastically. The new game start is unclear at this moment, but players have already been testing the best routes on the PTS. The whole list of changes with the exact numbers are also vast, but you can access the 10.1 Patch Notes here, so you can enter the Battleground of the Gods as prepared as you can be!