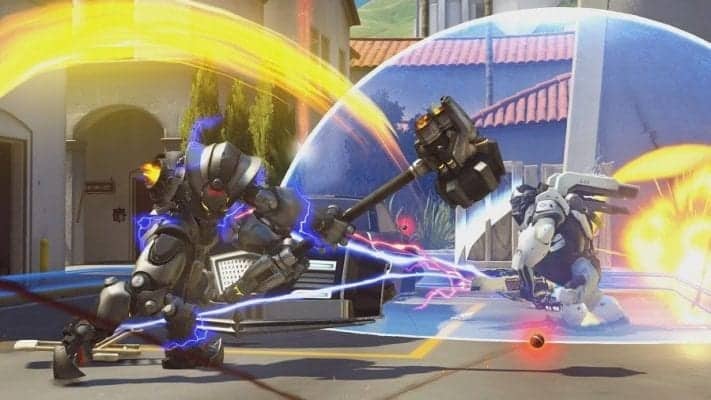 We are not perfect. In every aspect of our lives, we make mistakes, and we grow by learning from them. Improving your skills in Overwatch is no different.

Professional players make much fewer mistakes than the average player, as you would expect, but a common trend among them is that they also pay more attention to their own failures in-game, no matter how little they may be. In fact, it’s not a strange coincidence that players who often look back to their decisions and compare them to someone more experienced tend to improve faster.

Although tackling a player’s specific common mistakes requires self-evaluation and developing good habits (some of which are presented in a previous article) and maybe even the help of a coach, some mistakes are simple yet common among the player base. Let’s look at 5 of the most common errors on the ranked ladder:

Whenever a teammate falls in the middle of a team fight, we should re-evaluate the situation to check if the team has the necessary resources to win the battle. Of course, a single pick does not mean that the fight is immediately lost – especially in lower ranks where a 5v6 fight can be a fair match due to the common disparity in team synergy – but we should recognize that even the best players can’t carry every fight on their own. When we face those situations, we should make an effort to fall back, regroup and prepare for the takeover.

It’s a simple concept in theory, but it can be tough to apply when we are lost in the middle of a chaotic team fight. However, here are a few examples of simple situations where insisting in going into battle instead of trying to escape can be a huge mistake:

The enemy team is casting three Ultimates, and you have no defensive Ultimate (like Zenyatta’s Transcendence) to negate them? Better to let the enemy get the kills and not commit any more resources.
The enemy Widow got two picks before the team could get to the point? Better to regroup and let the two fallen players rejoin the others safely.

You got one of their DPS, but both of your supports have been eliminated in the process? The fight is probably lost, don’t commit Ultimates.

Of course, there is always room for enemy mistakes that you can capitalize on and clutch plays that turn the tide of the battle: this is not an exact science. However, more often than not, committing to team fights that seem lost is a mistake that will make the future engagements much harder to win.

Start by evaluating the chances of your team winning the fight in these scenarios. With time, the cumulative experience will result in better Ult tracking and overall game sense, and it will be easier to spot when we should commit to a fight, or we should back away.

Team communication is one of the core elements of competitive Overwatch. Our predisposition to provide input on other’s gameplay is much greater than our ability to receive feedback – even less when it certainly doesn’t classify as constructive commentary. However, while some “delightful comments” should be ignored, it’s easy to let our ego get in the way of our growth and associate valid information to plain toxic behavior. We’ll report them and/or avoid them after the match is over if it comes to that. But while the match is still going on, every team member depends on each other. Be a bigger person.

We should try to take criticism on board and improve upon it. Sure, it’s never nice to hear it, especially if we’re getting yelled at, but if we keep calm and try to dissect it for possible mistakes we might have missed, it can help us become better players.

Bonus points: this attitude is fundamental in the work world. And they say video-games aren’t useful…

Similarly, focusing too much on what the team is doing to call someone out when the opportunity will distract us from our performance.

It is hard to look at a mistake done by a teammate that might cause the team to lose the next team fight. Even a small but stubborn commitment that results in a stagger punishes the whole team for the mistake of one individual. How can we remain completely calm when our efforts are washed away by something that was completely our control?

Let’s look back at the two points mentioned in this article. These are mistakes we all make. These are behaviors we should all try to correct. Let’s remind ourselves that the World doesn’t revolve around us, our teammates are not randomly generated NPC’s, they are human, they will make mistakes, and we too will make mistakes. And we thought we could play games to avoid dealing with people.

There is, however, a benefit in dealing with human players: we can talk to them, we can advise them, we can strategize together. Sure, we know it is easier in theory than actual practice, but it is a tool that we have available. If we fail to use it correctly or be met with someone who needs to read point 2 of this article, we should carry on trying to do our best, performing our designated role in the team. There is a lot of variance in Overwatch and we, as individual players are the sole controllable factor. Do not let a single match drive you away from your quest to improve your game. Do not let a single teammate waste your time and your training by letting yourself get tilted. Whether we win or lose, the real focus should be individual growth. Focus on becoming a better player. With time, it will become obvious how this slight mindset change can be so beneficial.

In a joking manner, Muma (Houston Outlaws Main Tank) lays down the truth after losing a game due to his teammate's mistakes:

4. Failing to Recognize, and Learn from, Past Mistakes

Those who don’t learn from history are doomed to repeat it. Everyone makes mistakes: from the beginner casual player to the top Overwatch League pros. But, as I pointed out before, those who improve tend to be those who avoid repeating past mistakes.

One of the techniques most commonly used is recording our gameplay to review later either by ourselves or with the help of a coach. Reddit user octamasu took the VOD review one step further and took notes on mistakes he found while reviewing his own Moira gameplay. He then shared his results with the community for further feedback and, of course, presenting his new method of learning.

The documented analysis can be found here.

While it is not mandatory to implement the extra work, being mindful of our own mistakes in-game can prove to be very valuable in a short period. Slowly committing less and less mistakes is the path to become a better player. Reddit user wakygonz explains it best on his guide to assessing your own mistakes :

“…making just one mistake can snowball into multiple other mistakes, and if you’re committing the same mistake over and over and over, it creates the feeling that you’re stuck.”

It should be noted that clinging to past mistakes, especially when the game is still going on, can be detrimental. Anything, no matter how beneficial it is, can become a hurdle if taken to the extreme. If we get paranoid about our own mistakes we will lose focus on the game and, ironically, make it easier to repeat other mistakes. We should focus on our next move and plan ahead instead of dwelling in the past.

There is a place and time to reflect on our own past decisions and study our recorded gameplay. After we recognized what bad habits we tend to do, it’s easier to become aware of them and avoid repeating them in upcoming games.

5. Focusing Too Much on Our Current Rank

We all want to climb the ladder, we all want to reach the next rank, we all want recognition, to have solid proof that we are good at the game. However, by doing that we pressure ourselves into winning every game even though we know some of them will be out of our control. We stress about that SR number that never changes even though we recognize that improvement will not be visible overnight. These feelings lead to inevitable frustration and will always be the root of toxicity in competitive games.

But how can we quench our appetite for a truly competitive environment when it takes so much time to improve and rank up?

Jayne (Dallas Fuel Assistant Coach) has a discord server – Elo Hell – made to provide a true team play experience to anyone who wants to join. No stress, no frustration – plain, fun Overwatch.

Of course, SR will still be the primary factor when entering a team. No one knows us or how we play. Think about an employer who has to hire someone for a specific task and has two candidates: one with a degree and one without it. Even though that we know that there are many people without a degree that manage to surpass whose with it, more likely than not the academic qualifications are a good indicator of skill when there is no work experience to prove the candidate’s worth. The same applies to teams: sure there might be a gold player that outperforms a diamond but without seeing both plays, who would you choose?

Being the sole reliable method of measuring a players skill in the game, the rank will always matter. However, a risk-free environment is perfect for a player to improve their skills. It is a tool far more effective than regular competitive play. It will not increase our SR, but it will make us better players which, in turn, helps us climb faster.
To summarise, we must accept our rank and admit that it will take time to increase that dreaded SR number until our ego is appeased. True growth will eventually prevail.

Positive mental attitude, no matter how “meme’d” the expression has been, is still one of the most important skills needed to become a better player.

Small mistakes can be the single hurdle keeping us to reach how true potential in this game and, to a more significant extent, in many aspects of our lives. Being stubborn and refusing to develop soft skills while focusing only on mechanical training can only get us so far.

We should learn to reflect on our past decisions and move forward. If we keep this good practice, we will improve. We need discipline. With time, it will be proved worth it. 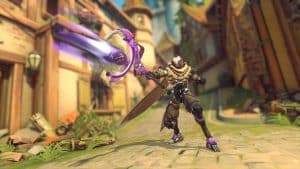 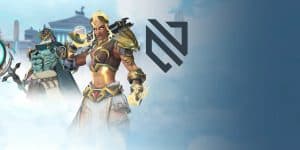