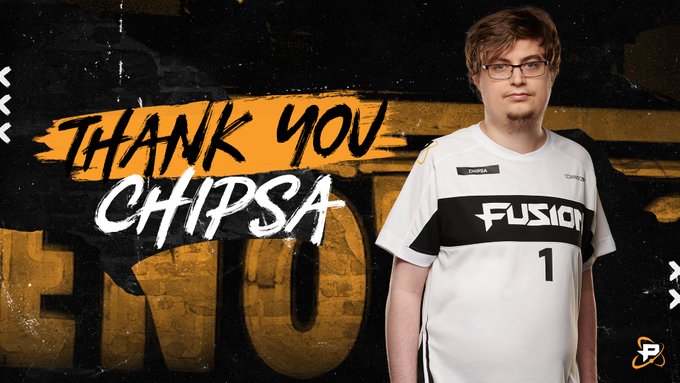 The Overwatch League’s free agency period for 2021 is creeping closer and the Philadelphia Fusion has made a few changes in their roster.

On Oct. 21 the Philadelphia Fusion announced that they would not be renegotiating 2021 contracts for Philip “ChipSa” Graham and Josh “Eqo” Corona. ChipSa was picked up last year to much criticism from the community, and over the 2020 season, his playtime was minimal at best. Eqo on the other hand pulled his weight this season, but couldn’t keep pace with the chemistry between JaeHyeok “Carpe” Lee and Heesu “Heesu” Jeong. This will be the second time that Eqo is released from the Philadelphia Fusion so there is no guarantee he won’t be back for 2021.

We only spent one season @ChipSa_OW, but we can't thank him enough for the hard work and laughter he brought to all of Fusion.

We wish you luck in wherever your career takes you next, and we are proud to have had you as a member of the team this year.

On top of the two-player changes, the Philadelphia Fusion is parting ways with head coach Kim “KDG” Dong-gun. The Philadelphia Fusion’s 2020 season was by no means a shortcoming, placing fourth in the Grand Finals after falling to the Seoul Dynasty in the Losers’ bracket. The rest of the Fusion’s roster has contracts expiring in only a few days, leaving questions as to whom they will retain. It would be foolish to trade away

Courtesy of the Overwatch League, we know that Carpe, Heesu, and Kyung-bo “Alarm” Kim will be remaining with the Fusion going into 2021. The rest of the roster, however, is up for negotiation with some contracts expiring on Oct. 24, and others lasting until Nov. 13.