Jeff Kaplan, the father of Overwatch, is leaving Blizzard.

After 19 years working at Blizzard, Jeff Kaplan, the father of Overwatch, is leaving the company. Aaron Keller is taking the reigns of Overwatch and keeps on the development of Overwatch 2.

More than a game director, Jeff Kaplan is to Overwatch what Gabe Newell is to Steam. He was considered the father of the game, also referred to as “Papa Jeff” in the Overwatch community.

Kaplan regularly made community videos to keep fans updated on the state of the game. He even made annual Overwatch Yule Log videos, sitting down on a comfy sofa, in front of a chimney, as a family member would do at Christmas time. Kaplan was the main interface between the development team and the player base.

"i am leaving Blizzard Entertainment after 19 amazing years.

it was truly the honor of a lifetime to have the opportunity to create worlds and heroes for such a passionate audience. i want to express my deep appreciation to everyone at blizzard who supported our games, our game teams and our players. but i want to say a special thanks to the wonderful game developers that shared in the journey of creation with me.

never accept the world as it appears to be. always dare to see it for what it could be. i hope you do the same.

According to Blizzard, it was Jeff Kaplan’s decision to leave Blizzard and therefore Overwatch. Neither the company nor Papa Jeff detailed more the reasons behind the captain leaving the ship, just as the Overwatch League got started and Overwatch 2 revealed a bit more about itself at the BlizzConline. 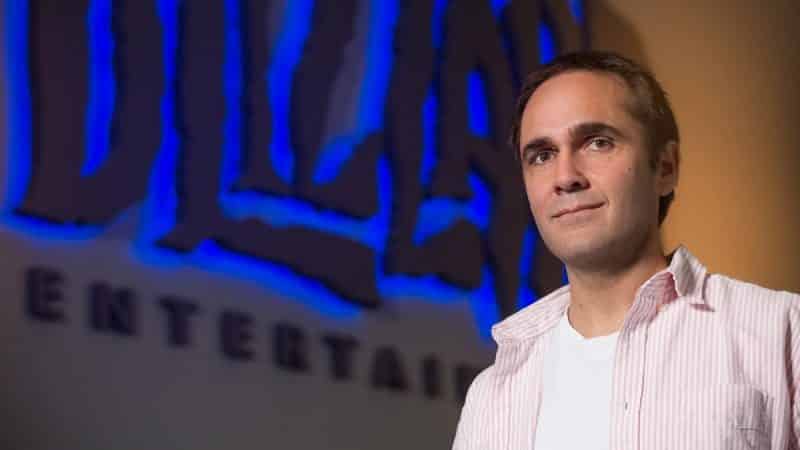 Aaron Keller is the new game director of Overwatch. He began his career with Blizzard in 2001, working as a level designer on World of Warcraft. Keller is the one behind some of the most popular cities in WoW, including Alliance’s capital Stormwind.

Keller assisted Jeff Kaplan on Overwatch for several years. He worked on the development of King’s Row, one of the most popular Overwatch maps. He also was the Associate Game Director for Overwatch 2 and now takes his boss’s place. Keller ensured that Overwatch 2 will still see the light someday, even though we still have very little news about it.