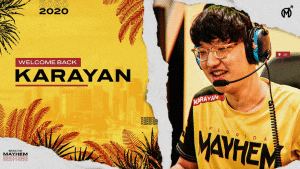 Karayan stays on the front line

San-ha “Karayan” Choi didn’t yet get his chance to shine on the main stage. During Overwatch League Season 2, he only played for 8 minutes, staying in the shadow of his teammate Panseung “Fate” Koo. Will the 2020 Season be better for Choi? Time will tell, but the current roster doesn’t appear to let him leave the bench yet.

Byrem and Kris keep on supporting the team 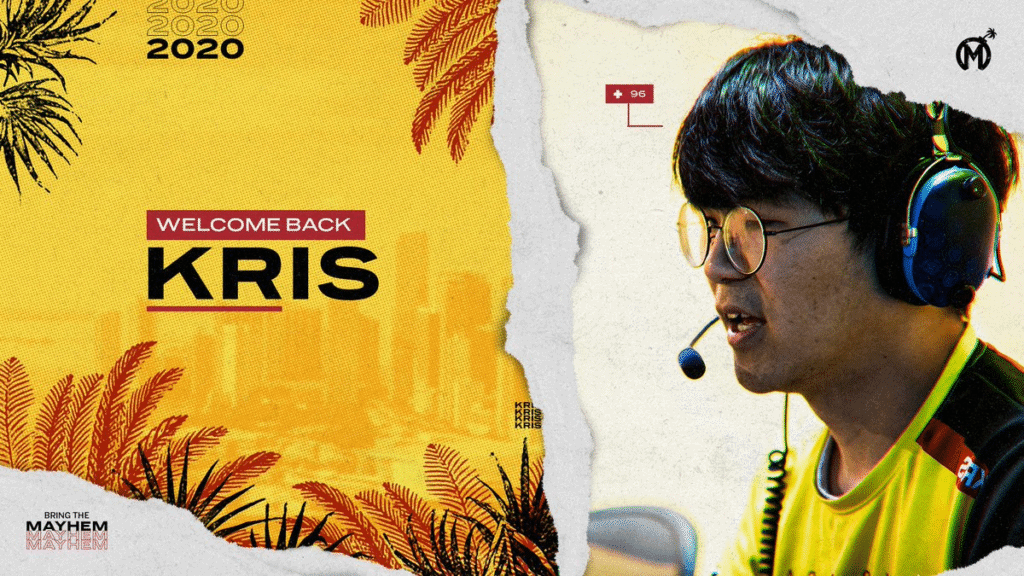 Junsoo “Kris” Choi has been the main healer of Florida Mayhem for over a year now. Last season, he was part of the starting 6, and will probably remain this season too. He is efficient on both Lucio and Mercy, which are both complementary picks of Ana and Zenyatta, the main heroes played by his teammate Nam-jin "Gangnamjin" Gang. Chances are Choi and Gang will be Florida Mayhem’s support duo this year. 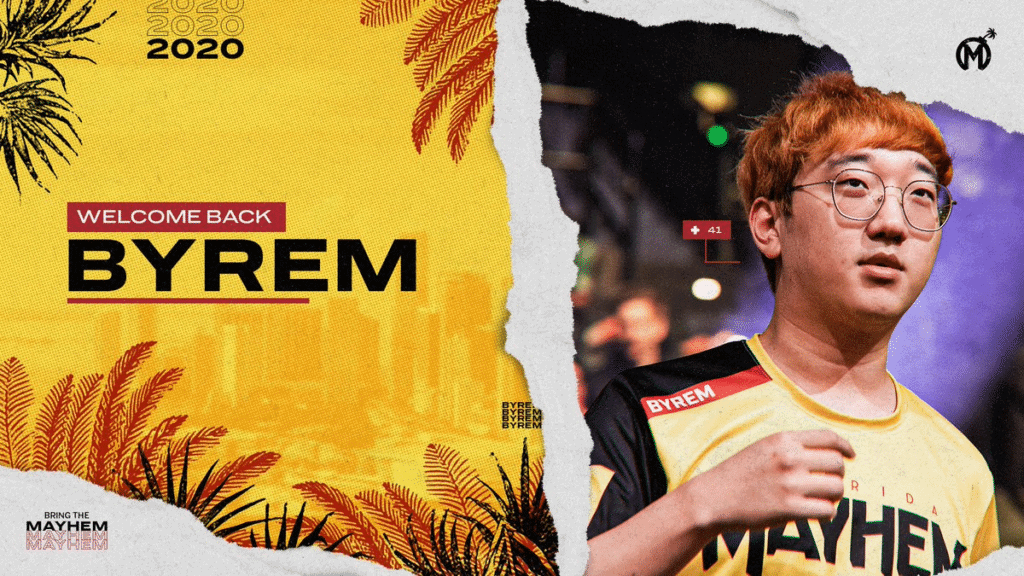 Seongjoo “Byrem” Lee signs for his second year with Florida Mayhem. Even though he will probably not join the starting 6 of Florida, Nam-jin "Gangnamjin" Gang being a consistent and rising talent, the team gives him another chance to prove his worth despite mixed results last season. 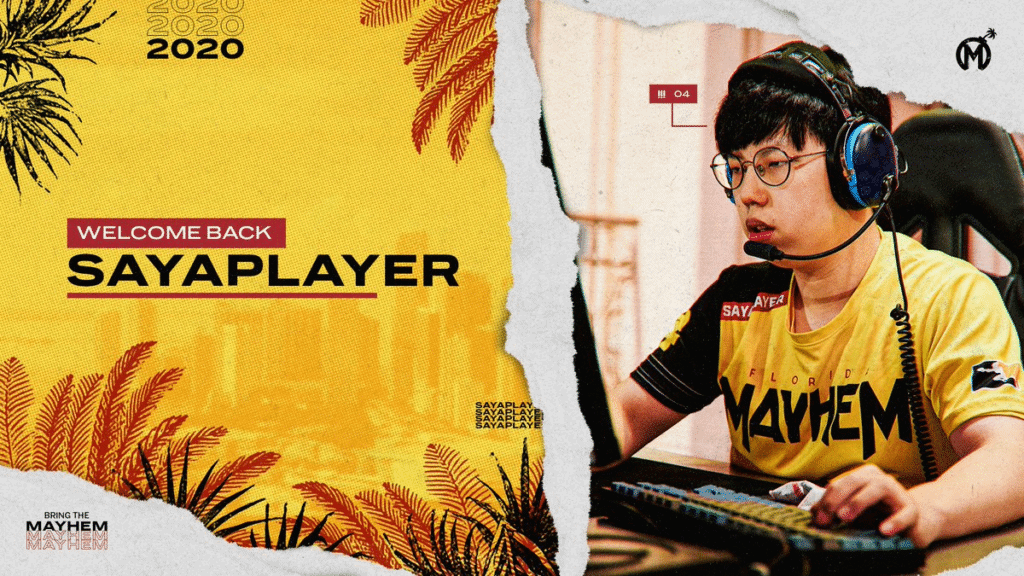 Jeongwoo “Sayaplayer” Ha is a fan favorite and master hitscan player. On the Overwatch League Inaugural Season, Sayaplayer single-handly wiped out entire teams with his Widowmaker. With the end of the double shield meta, Sayaplayer will have more space to pop off as a hitscan player and secure decisive kills for his team. 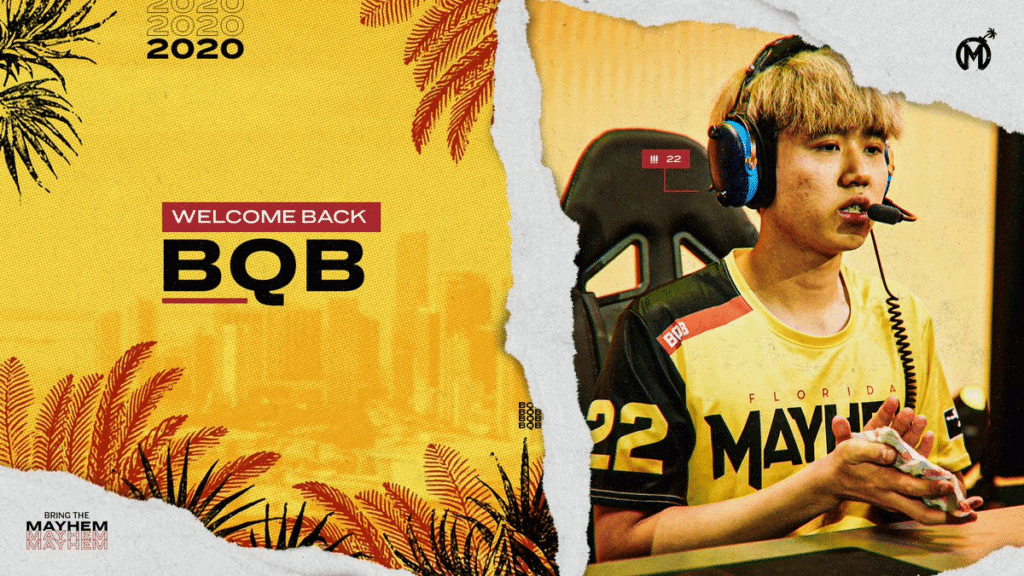 Sangbum “BQB” Lee is a Sombra specialist. Even though he was benched most of Overwatch League 2019, he proved to be a versatile flex DPS, able to play on Mei, Hanzo, or even Zarya. His main pick remains Sombra, and he shall be able to prove more of his worth as a bench player called only for decisive Sombra plays. 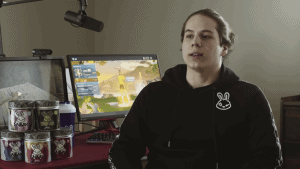 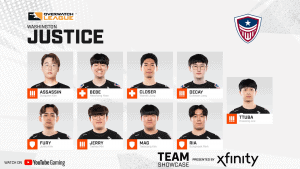 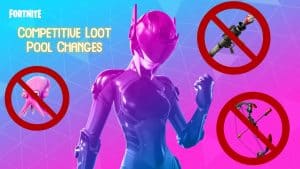