The final stop before the Overwatch League 2021 playoffs.

Most teams are now training for playoffs, or even finished with their season all together. But there are still four who have more regular season games ahead of them. The Chengdu Hunters and Seoul Dynasty for the East, along with the Atlanta Reign and LA Gladiators from the West. With both the Shanghai Dragons and Dallas Fuel not participating in the tournament, it is certain that the winning team will be a new tournament champion for the season.

Not only is this important for the league points and prize money, but the momentum a team can gain from winning the tournament directly preceding the season playoffs is outstanding. With that setup being established, let's take a look at our contenders for the Countdown Cup.

Not to mention the lack of long range Hitscan DPS; allowing Jinmu to play his signature Pharah and strike from the heavens. So with all of this being in their favor, why am I about to turn this into a negative? Well, this may be the Hunters’ specialty composition inside and out, but the issue is that they mostly relied on teams not practicing much against the kind of compositions that they run. Now that it is the defined meta for a large percentage of maps, every team is well practiced playing with and against that composition.

Chengdu is no longer running Wrecking Ball and triple DPS into GOATS like in 2019. Nor are they running it into Reinhardt and Zarya based compositions like 2020. They are playing it in mirror matches; and into the Wrecking Ball counter composition the includes Sombra and Brigitte. Who make it very hard for the hamster to engage and escape. Now, that isn’t to say that Chengdu doesn't still have a good chance to win the tournament.

They are more practiced on this composition than any other team by literal years — and they have the best Pharah player in the world in Jinmu. As well as the new best Wrecking Ball player since Elsa’s retirement, his ex-backup Main Tank Ameng.

Even if the other three teams have experience playing into their composition now, they are still the best team to ever play it. The Hunters will have the toughest road ahead of them so far this season. But they may just be tough enough to make the trek.

The only team in the tournament with a secret weapon still in their back pocket. Saebyeolbe is the only qualified player from any Countdown Cup tournament team that hasn’t seen a single map of playtime this season. He has the ability to play both DPS heroes in the currently popular counter-meta Sombra and Tracer duo, even once proclaiming to be the best Tracer in the world.

Although he certainly wasn’t wrong; there is something to be said about Profit’s level of Tracer play that wouldn’t require anybody to replace him. If we are to see Saebyeolbe come out to run a hard counter-meta, it would most likely be to play the Sombra in place of FITS.

Seoul are the most frequent users of the Sombra and Tracer DPS duo with a Brigitte in the backline. While they do sometimes run Bunker compositions, they seemingly stick to one thing and have attempted to perfect it. It’s gotten them this far, so there isn’t much reason to question it. It’s just strange that they don’t utilize Profit, the most flexible DPS player in the league, more than being a Tracer specialist.

Seoul may be coming as the #2 Seed in this tournament, but with Chengdu playing the bottom four teams in the East for their #1 placements, the Dynasty can’t be determined to be below the Hunters by any means right now. Seoul could be the wall for every team that doesn’t prepare an off-meta composition.

Although it’s the first stage the Atlanta Reign have finished #1 in the West; this is not the strongest we’ve seen them this season. Their specialty is Bunker compositions, since they have Gator, the best Orisa player in the league. I’m sure you’re starting to see a trend here. Every team in the tournament has gotten through by playing to their strong suits. The interesting thing about Atlanta though is that they’ve adapted this composition to include a Pharmercy (Pharah and Mercy) and come closer to the meta.

This adaptation makes them the most original team in the Countdown Cup and may make it difficult for other teams to play into. As most people know, Pelican did not play in the knockout round against the Toronto Defiant due to a medical emergency and operation. Well, we are happy to report that Pelican has announced his exit from the hospital on August 16. In a tweet in which he mentions being able to play Overwatch again.

I'm leaving the hospital today. Finally I can play Overwatch.I'm so happy.😁

The MVP candidate had his spot filled by his teammate Edison during the knockout game against Toronto; and he did Pelican proud, winning the match and locking a spot in the tournament. If Pelican is returning to play by Thursday, then we will likely see an even stronger team than the already tournament worthy one we saw in knockouts.

Atlanta has one disadvantage in their unwillingness to match the meta, but also an advantage in their choice of original off-meta style of play. It’s hard to determine if this team that struggled to finally reach the top of the West has the tools to take the final stage of the regular season.

Yes folks, they finally did it. The LA Gladiators are in a stage tournament! After not one, but two knockout rounds cutting them short of the tournaments, they finally made it. Defeating the reigning back to back Overwatch League Champions the San Francisco Shock. Unlike the Atlanta Reign, this is not the weakest version of this team that we’ve seen. In fact, it may just be the strongest.

This is a team that knows how to make a clean and perfect teamfight happen. But they're also a team with skilled players that can hold their own when things get scrappy. In terms of this specific meta, they are close to having it all. They can play the counter-meta, they can almost play the typical meta. We may even see them mirror the Atlanta Reign’s original composition if that match is to happen. The only part of the “perfect meta” that they don’t seem willing to adopt is the Pharmercy. Although kevster is a pretty good Pharah player, the Gladiators have only been fielding Shu and Skewed on Support. Meaning their only Mercy player Moth has been unseen this stage.

Instead, their version of a close meta is putting Birdring on Hanzo, a shield breaking projectile hero just like Pharah, and kevster stays on his impressive Tracer. The worst thing this team could do is try and force kevster on his signature hero Genji. While he is an amazing Genji player, they’ve only seen limited success with that style of play during this stage. And there is no room for limiting themselves at this point when we are in the tournament of the Countdown Cup. As long as they stick to what works, they have a fighting chance against not just one team — but all of them. Seoul has had the most difficult road in the Countdown Cup besides maybe the LA Gladiators. Even then though, Seoul seemed to glide through their tougher opponents with a bit more ease than the Gladiators. Their trained style of countering the current meta plays exactly to their players’ strongest points. And it just might result in the most well rounded and adaptable team in the tournament. If they are to win, it will be over grueling and long matches where endurance takes the lead. This all-star roster has a great shot at finally getting their name thrown in the ring as a dangerous playoff team.

This might end up being the most fun tournament to watch all season due to the lack of titans or underdogs in it. The teams are all fairly even in skill, and 3-0 games are much less likely to happen now than ever. Any single team has an argument for why they could win it — and that makes it so much sweeter for us, the fans. The tournament starts Thursday, August 19 at 9PM EST/6PM PST. Plus, there will likely be minor events for fun and prizes before the games start, so be sure to keep an eye out! 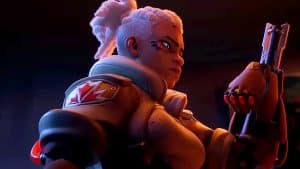 Overwatch 2: Things You Should Never Do to Your Teammates