Overwatch League's biggest regional tournament is kicking off, and we're feeling the heat!

Here's everything we know about Season 5's Summer Showdown Qualifiers.

The past two tournaments have seen the Shock and Los Angeles Gladiators competing for the top 1 spot in the west region. Whilst, Seoul Dynasty has remained on top consistently this season for the east, leaving Spark on 2nd and last season's winners Shanghai Dragons on the 3rd spot. While many may see their favorite teams in lower spots (I believe in you, Dallas Fuel), the game's far from over. We've received multiple announcements on the next chapter of Overwatch League, including who's going up against who.

Overwatch League's official Twitter has released the schedule for the Summer Showdown teams set to duke it out for the western region.

Which #OWL2022 Summer Showdown Qualifier matches are you most looking forward to? 🌴 pic.twitter.com/5wmNPQQOnb

Each of the 13 groups will be facing off twice against any other team throughout the highly anticipated qualifying matches. The 7 pro teams from the eastern region will be clashing in an intense round-robin, getting to clash against every other lineup. There will be 6 seeding matches for each of the bunch to qualify, which will make sure that they save the best for last!

New information detailing which maps the pro teams were going to be playing in for the qualifiers was also given out. Returning maps from the first game are going to have a new time of day, and new Overwatch 2 maps like “New Queen St.” and the long-awaited “Paraiso” were also shown.

The Omnic Post released a video covering the ins and outs of the Paraiso map, noting the stylish architecture as well as referencing design choices that hearken back to Lucio's backstory as a DJ of the people.

The following game modes have been confirmed for the qualifiers: 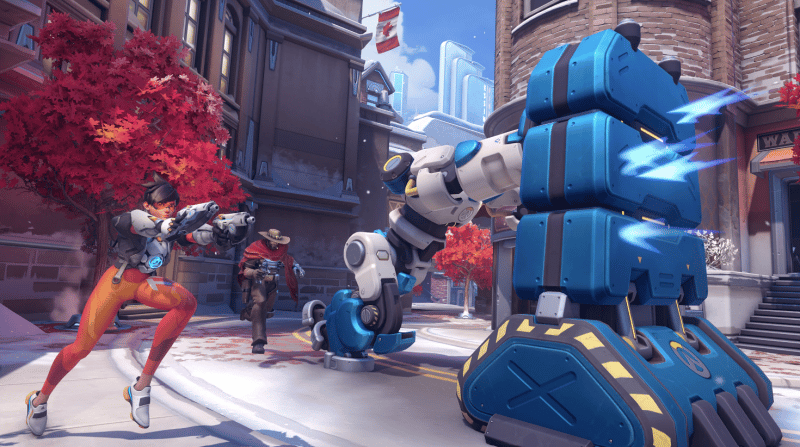 Adding to this season's Summer Showdown hero roster is the newest Junkertown denizen on the block. Junker Queen blasts her way into the competitive scene as a playable character in Overwatch League, and I, for one, am excited to see the big-brain plays. Her 6-chambered shotgun produces high-powered damage to a devastating effect in close range, and her adorably-named throwing knife “Gracie” can be recalled magnetically and pull enemies towards “the wastelander” as it returns. Adding to the fact that she is a tank gives her a fair bit of versatility as another hard-hitting choice for the professionals utilizing her kit.

Are you ready for the start of #OWL2022 Summer Showdown?

Here's all the info you need to be prepared for the first weekend of qualifiers! ⬇ pic.twitter.com/Y7VNW80rEZ

The end of this season segment, and the upcoming Countdown Cup will see the top 6 from the west and the top 3 from the east moving on to the playoffs. 2 teams from the west and 1 team from the east will contend for play-ins, which will form the final 12 roster for the double-elimination playoff bracket that's set to begin on October this year.