We run through the best ways to pop off as Overwatch's resident DJ, Lucio!

My Time to Shine!

Lúcio Correia dos Santos started from humble beginnings in his impoverished favela in Rio de Janeiro. In his early years, he supplied his people with food and books whenever he could, becoming a hero of the needy. Growing up, he discovered his great love for music and its power to bring people together. After finding his calling, Lucio performed across the country in block parties and events before Rio came under the tyrannical control of the Vishkar corporation.

After stealing back tech that his own father created, he led the people with his sonic hardlight in a revolution that pushed the corporation out of Rio, accomplishing his old man's vision of a world saved. After garnering international acclaim, the upbeat freedom fighter now returns to his homeland to protect it from a new invader. Read on to get a bead on the freedom fighter's abilities, tricks and winning playstyles!

Ever since Overwatch 2's release, members of the Support roster received the Regeneration passive that lets you heal 22.5 health/second after taking a couple of seconds away from combat. Taking damage interrupts Regeneration.

Wallride lets you skate along a vertical surface in front of you by holding SPACE. Pressing SPACE again lets you jump off.

As Lucio's main weapon, the Sonic Amplifier fires condensed projectiles made of sound in 4-round bursts. It can deal headshots, and using Lucio's melee attack interrupts the reload animation.

Soundwave fires off a short-ranged blast of sound with Right Click, knocking foes away from you.

Crossfade is Lucio's main support ability which lets him either heal or boost ally movement speed within a large area-of-effect (AOE). Pressing SHIFT lets you switch between tracks. Crossfade's aura need line of sight (LOS) on friendlies and do not affect allies behind enemy barriers.

Amp It Up more or less triples the power of Crossfade's effect for 3 seconds as Lucio raises the volume for his team.

Sound Barrier lets you (literally) drop the beat with your Sonic Amplifier and supply a huge chunk of overhealth to allies within range (30m) and line of sight. The extra HP decays slowly, and cannot be given to allies behind enemy barriers.

Time for a Remix

Wallride can work on any vertical surface. That includes lamp posts, pillars, and roadsigns. It may take some practice, but successfully bounding off of walls also gives you a neat speed boost. Moreover, Lucio's movement passive also has a hidden mode in the hero's settings. "Allow Backwards Wallride" allows Lucio to ride a wall without having to directly look at it. This helps Lucio become more agile, especially in instances where you need to keep your eyes on the enemy. Dodge enemy fire and create your own shortcuts with Wallride. The whole map is your skatepark. 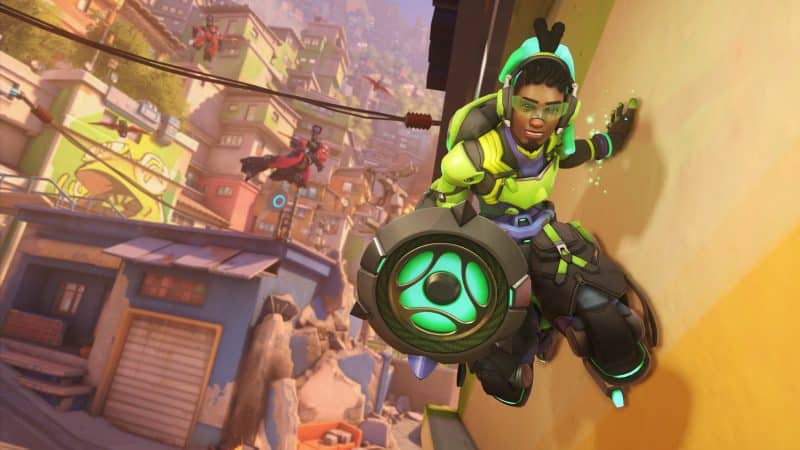 Given his already-dependable movement mechanics, Sonic Amplifier's DPS gives Lucio a really good measure of survivability. Despite their sluggishness, the large size of Lucio's projectiles actually lets you find headshots more easily. on the other hand, their speed also requires you to predict the enemy's movements.

Besides being an enemy dive deterrent, Soundwave is an excellent tool for booping enemies off the map. It deals enough damage to finish off low-HP combatants, and can be used while reloading. Alternatively, the ability's loud burst is perfect for distracting enemies.

Crossfade is something you must absolutely pay attention to when you play Lucio. Use your speed boost aura to help allies dodge, flee, or pursue enemies. Having the gamesense to help teammates either run around a corner to escape a D.Va ultimate or heal before entering engagements is paramount to being a high-value support DJ. As a bonus, use Wallride to get over obstacles that hinder LOS. Lastly, switching between tracks has zero cooldown, so feel free to spam those beats! 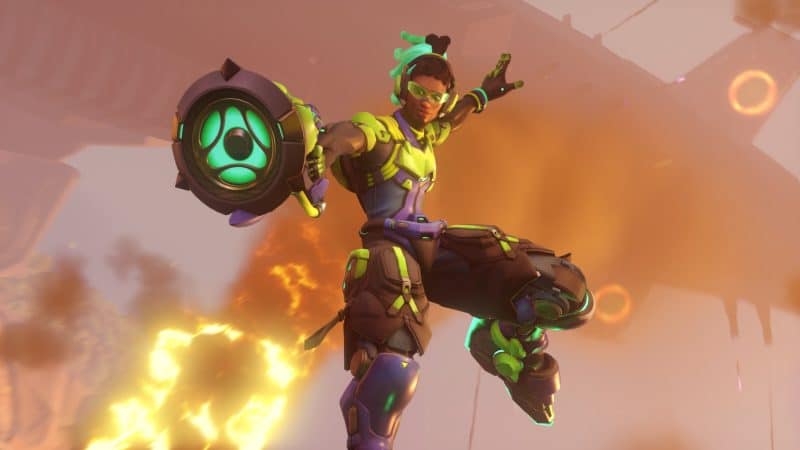 Amp It Up is arguably one of the best support abilities in the game, allowing you to bass boost what makes Lucio great. Use this to quickly bring ally tanks back to the fray or sustain multiple teammates with critical health by merely grouping up. Get through choke points fast using your improved speed aura to avoid any disadvantages.

Sound Barrier can save your team from getting instantly wiped with the right timing. In the ultimate ability's animation, Lucio makes a small leap before slamming the sound waves onto the ground. Cut your cast time short by leaping close to the ground and/or low-ceiling rooms. Furthermore, allies who were behind an enemy's shield can still get personal shields if they escape within Sound Barrier's 0.8s grace period. Get a sense of how the fight is going, and activate Sound Barrier if your squad needs to respond aggressively.

Your ultimate is an excellent counter to Junkrat's RIP-tire, and offers some meaasure of protection against Cassidy's Deadeye and Mei's Blizzard. Sound Barrier is completely cancelled by Sombra's EMP.