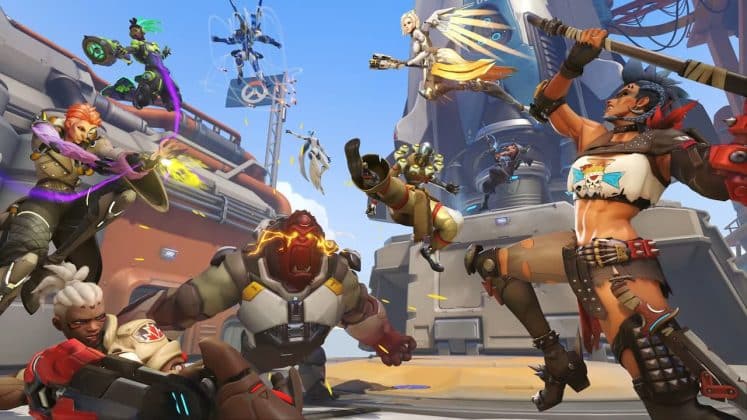 After years of anticipation, Overwatch 2 is finally coming to replace the 2016’s game, and we'll see an Overwatch 2 Battle Pass.

This new version of Overwatch will bring various improvements to the default game, including new heroes, maps, and game modes. But the most significant change between the original game and Overwatch 2 is its pricing model. Overwatch 2 introduces a free-to-play model, allowing anyone to play the game across all platforms. Since the loot boxes disappear with this new game, Blizzard found another way to get money out of Overwatch 2: a Battle Pass. This article will explain everything you need to know about the Battle Pass, from what it contains to its price.

Everything included in the Overwatch 2 Battle Pass

Overwatch 2 introduces a seasonal model, where new content will be added to the game with each new season. Each Overwatch 2 season will last nine weeks and bring its share of novelty, from new heroes to maps, game modes, and premium cosmetics.

So far, Blizzard only announced the dates of the first two seasons of Overwatch 2. The first season will begin on October 4, when the game officially releases. The second season launches on December 6 and will feature a new tank hero, a new map, 30+ new skins, and a new mythic skin.

Each season has its own Battle Pass. This means you will have the opportunity to purchase a Battle Pass and unlock its rewards every nine weeks. According to Blizzard, each season will bring either a new hero or a new map, alternating each season. Every Battle Pass will have a unique theme and unlocks up to 80+ tiers of cosmetics. The first Overwatch 2 season is placed under a cyberpunk theme.

How to unlock the Battle Pass rewards All you have to do to unlock the Battle Pass cosmetic items is play the game. The Battle Pass will progress when you join a match or when you complete daily and weekly challenges. Anything that grants you XP in the game will make the Battle Pass move forward and help unlock its rewards.

If you decide to first play with the free Battle Pass and later upgrade to its Premium version, the tiers you unlocked will carry over. And once you complete your Battle Pass, you can keep on progressing through Prestige tiers, which reward 8 unique hero titles to equip on your name card.

Blizzard shared an example of what exactly is included in the free and Premium versions of the Battle Pass.

For Season One, the free Battle Pass will let players unlock the following items:

The Premium Battle Pass allows players to unlock the following cosmetic items, on top of those available with the free tier:

Overwatch 2 will release on October 4, 2022. The game will be available on PlayStation 4, Xbox One, PlayStation 5, Xbox Series X/S, Nintendo Switch, and Microsoft Windows.