Get familiar with the teams battling it out in Group C!

The 2021 League of Legends World Championship is ramping up. After a spectacular Play-in Stage, the best of the best are ready to duke it out on the Main Stage. Sixteen teams remain, though not all can go through to the Knockout Stage. There are four groups during this stage and Group C looks like an interesting one for sure. Teams like Fnatic and RNG have been here time and time again, while PSG Talon and Hanwha Life don't have the same experience but are eager to cement their legacy. This and much more will make this an electrifying group! 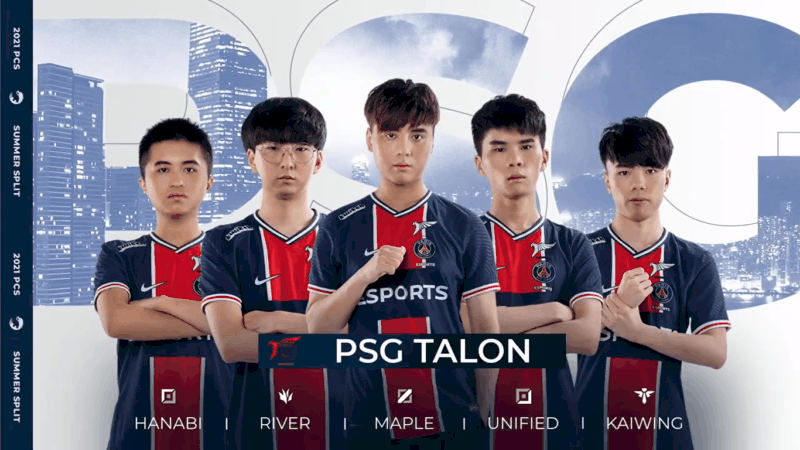 As a surprise to no one, PSG Talon is once again representing the Southeast Asian PCS as the first seed. For viewers all around the world, PSG Talon's name will be a familiar one. They brought together the best of the region halfway through 2020 and have dominated it ever since. Their journey here was never really questioned, though Beyond Gaming did give them a run for their money in the PCS Summer Playoffs by defeating them in one best-of-five and taking them the distance in the Finals. However, PSG came out on top and is looking fierce.

Solo laners Su “Hanabi” Chia-Hsiang and Huang “Maple” Yi-Tang are two players to definitely watch out for. They previously played on the infamous Flash Wolves roster that was known for taking games off of top teams. Hanabi is a player that can play any style that his team needs and is confident against any other Worlds-caliber top laner. Meanwhile, Maple, with his years of competitive experience, has the knowledge and skill to be a threat to any team. He also has quite an extensive champion pool that should not be underestimated.

Overall, PSG Talon has a decent shot of getting through Group C, but it may be difficult. At this year's Mid-Season Invitational, they managed to escape groups and claim 3rd-4th in the tournament. Although, being from a minor region, the level of competition they usually face isn't as high as in some other regions. And RNG and Fnatic are certainly no slackers. At the end of the day, they're a first-seed team but not a safe bet for making it out because of how close this group probably is. 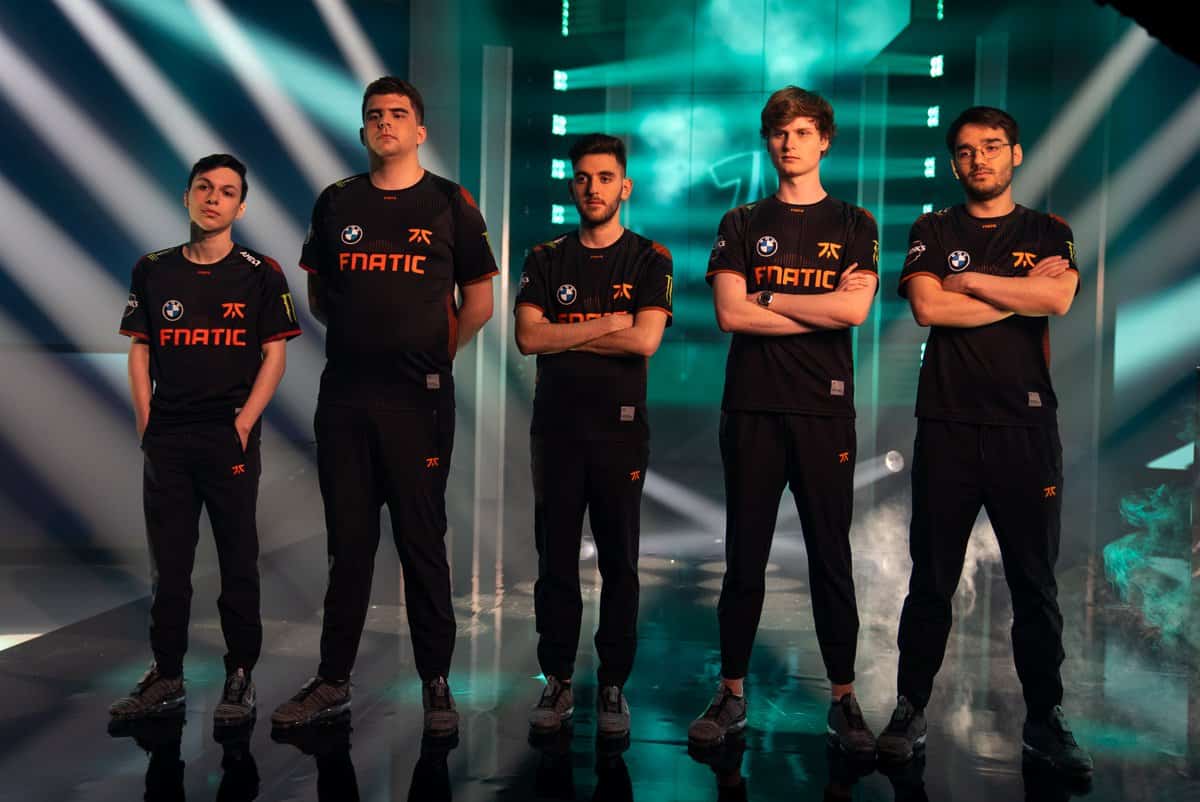 Moving on to the second-seeded team in Group C, we have the LEC's Fnatic. They're a mainstay to the World Championship stage, having incredible runs, including a Grand Finals appearance in 2018. Though they're not the same team as they were back then, Fnatic certainly plans to show up in a big way. During the LEC Summer Split, the team introduced Adam "Adam" Maanane in the top lane and swapped Bwipo to jungle, and though they didn't find their footing at first, a great post-season run saw them make it to the Finals. They lost to MAD Lions there, but secured the coveted Worlds spot nonetheless.

When looking at this team, there's a lot for fans to be excited about. The rookie Adam is a talented player with no lack of confidence. In the fateful Game Five against G2 Esports in the Summer Finals, he picked Darius and absolutely dunked on his opposition, showing he's not afraid of anything. Since it's his first time on the international stage, he'll be exciting to watch and see how he performs against the best in the world. Also, the bottom lane is one to watch, as they have the reliable AD Carry Elias "Upset" Lipp paired with the sometimes coin-flippy but explosive Zdravets "Hylissang" Iliev Galabov. We're sure to see games that become early stomps thanks to Hylissang. But also late game matches that rely entirely on Upset, who is very apt to carry in the team fights.

Though Fnatic had consistency problems during the Summer, the level they showed in the playoffs was exceptional. If they keep that form, there's a pretty darn good chance they can make their way out of Group C. It might not be easy, but at the very least Fnatic will put on a show. 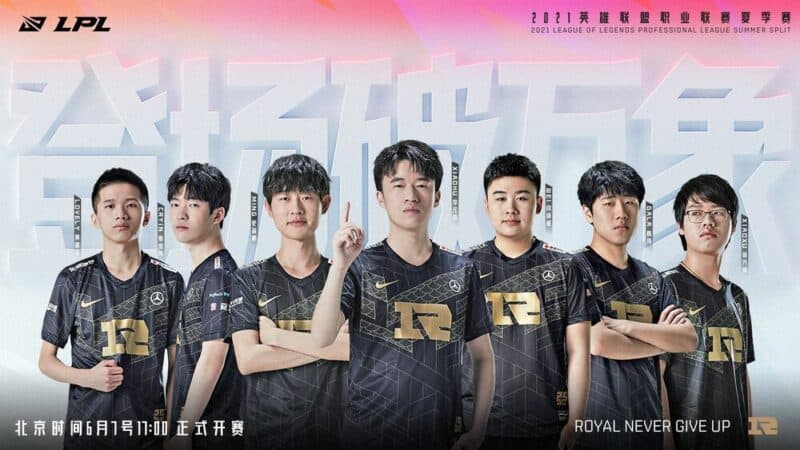 Next is Royal Never Give Up, aka RNG, arriving at Worlds 2021 as the LPL's third seed. Now, it might be surprising to see RNG as the third seed, considering they defeated reigning World Champions DAMWON KIA to claim ultimate victory at this year's Mid-Season Invitational. But the competition is always fierce in China, and as such, they had a difficult Summer Split. They ended the regular season in fourth place, then made a fairly early exit in the playoffs. Fortunately for them, they were able to claim first in the Regional Qualifiers and stamp their ticket to the Worlds Main Stage.

Following in the footsteps of legendary AD Carry Jian "Uzi" Zi-Hao, Chen "GALA" Wei is an amazing, world-class player and the focal point of RNG. Gala has it all, the mechanics, the confidence and an important clutch factor. He boasts by far the highest damage percentage share on his team at 28% and is the primary carry, no doubt. He's aided by Shi "Ming" Sen-Ming, a proficient support who helps not only Gala, but his entire team get leads with a variety of engage supports. Finally, it's impossible to forget about top laner Li "Xiaohu" Yuan-Hao, who has done quite well since role-swapping from mid lane. With a wealth of carry-oriented picks and an aggressive playstyle, he's a threat to any team.

It's fair to say that RNG didn't have a great Summer Split. But despite their recent shortcomings, this squad is still the reigning MSI Champions and not to be underestimated. They have third seed in the group but are arguably the biggest favorites to take first at the end of it. Their players are all world-class and hungry to get their shot at the Summoner's Cup. Hopefully, we'll see them do just that.

Finally, coming into Group C from the Play-in Stage is the LCK's Hanwha Life Esports. Their journey to the Main Stage was an expected one, and overall, they lived up to expectations through the Play-ins. Though they couldn't quite best LNG Esports in Group A, Hanwha still beat every other team in the group and was fairly convincing about it. Then, in the Main Stage qualification match, they easily 3-0 swept Beyond Gaming. While these were just Play-ins teams, Hanwha should have some confidence from these matches going into Groups.

Of course, for anybody who has followed this team in the LCK or even just at Worlds thus far, the two players to watch are easy to point out. They're mid laner Jeong "Chovy" Ji-hoon and ADC Kim "Deft" Hyuk-kyu. Chovy is renowned as one of the best mid laners in the world, contesting even World Champions in his role. So far, he's been a solid rock for the team and is their most valuable member. Meanwhile, Deft is another strong player that has had an exceptional Play-in Stage. He was consistently stepping up and having great games, so much so that he even stole the spotlight from Chovy a couple of times. Which is definitely saying something.

Hanwha Life Esports was expected to make the Main Stage, but can they go even further? If they were paired against teams like Edward Gaming or DAMWON KIA, it'd be easier to say no. However, Group C isn't a death sentence for them and, from what we've seen, they're probably on par with the others in it.

Overall, it's not that easy to predict exactly how this group will go. All of the teams here have strong players and have shown great things. That said, the most probable outcome of this group may look something like this:

For RNG, it doesn't matter their seeding coming into Worlds 2021, they're a definite contender for the Summoner's Cup. So the Group Stage shouldn't pose too big a threat. Behind them is Fnatic, who really showed up in the Summer Split post-season and looks excellent. They're a bit of a wild card but European fans shouldn't be too worried about putting faith in them.

Behind those two are Hanwha and PSG Talon, who are the underdogs of the group. It's not a foregone conclusion that either of these two teams doesn't make it out but they don't seem to be of the same caliber that RNG and Fnatic are. Hanwha Life is overly reliant on Chovy and Deft to win games. And while PSG is an upsetter, they lack the regional competition and history to inspire that much hope. Both of these teams have the chance to make it of Group C, but it will definitely be an uphill battle for them.

When the action starts, Group C should be an explosive one. With plenty of potential upsets and Summoner's Cup-worthy teams here, they're sure to deliver quality matches that the Worlds stage deserves!