Get familiar with the teams battling it out in Group A of Play-ins!

With the 2021 World Championship only a week away, fans from all around the world are gearing up for the biggest LoL event of the year. Twenty-two teams will enter but just one will hoist the Summoner's Cup. The groups are drawn for the majority of it, with the Play-in stage happening first to decide which minor region and/or lower seeded major regions teams will attend the Main Event. In the Play-ins, the 10 teams are split into two groups. While Group B also has some great contenders, Group A definitely looks fierce. Two strong teams are poised to make it out, but with so much promise from the other teams, truly anything can happen! First up in Group A is Hanwha Life Esports from Korea's LCK. First in the list and coincidentally probably the favorites to take first in the group as well. Despite being favored now, Hanwha easily could have not made this World Championship. Their journey showed resilience and somewhat of a power-up in a short period of time. This squad struggled during the Summer Split and eventually finished eighth in the standings. This meant they missed the playoffs. Fortunately for them, a decent Spring Split earned them enough Championship Points to qualify for the Regional Qualifiers. Here, they came online, beating Liiv SANDBOX and NS RedForce to qualify for Worlds. But they lost the final match against the iconic T1, which meant they didn't get a direct pass to the Main Event and have to go through Play-ins.

For Hanwha, this shouldn't be too big a problem. Particularly when you look at two specific members of their roster. Jeong "Chovy" Ji-hoon and Kim "Deft" Hyuk-kyu. These are two names that are world-renowned and are incredibly skilled in their roles. Chovy is thought of by many as one of the best mid laners in the world, with excellent mechanics and a seemingly never-draining champion ocean. Meanwhile, Deft has a great champion pool too. But more importantly, he's an incredible team fighter and boasts 30% of his team's damage share on average.

With these two superstars at the helm, Group A shouldn't pose too much of a threat to Hanwha. Sure, they had a rough Summer Split, but the tier of opponents they'll be facing in Play-ins is different than those in the LCK. And they proved they're no pushovers in the Regional Qualifiers. As such, they'll be the first favorite to make it out of the Play-ins. 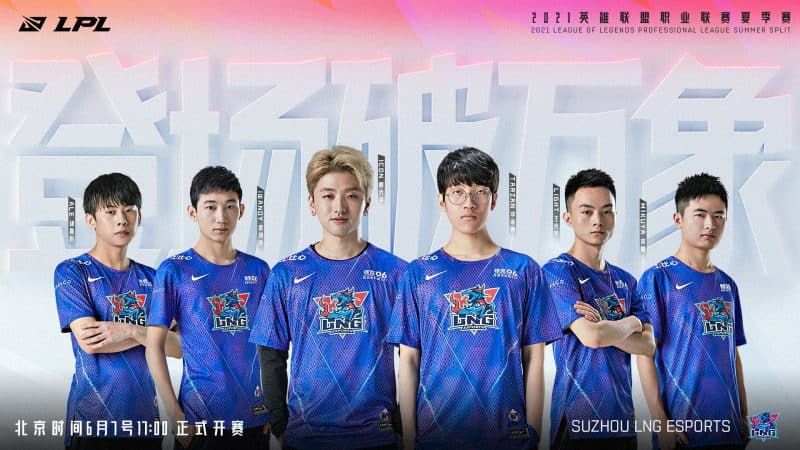 Up next is LNG Esports, hailing from the Chinese LPL. Like Hanwha, they didn't have a good Summer Split at all. In fact, theirs was almost worst, as they finished eighth at the end of the regular season. Thankfully for them, this was just enough to make it into playoffs, where they turned it up and claimed fourth place. This placing qualified them for the LPL Regional Qualifiers, where they only had to beat Rare Atom to claim a spot at Worlds. Though they lost to Team WE in the Regional Qualifier Finals, meaning they're now in the Play-in stage.

When talking about LNG Esports, there's one name that stands out from the rest. And that's Lee "Tarzan" Seung-yong. He is among the best junglers in the world, and debatably the top in that conversation. Tarzan is a world-class player with multiple LCK Championships and deeps runs into Worlds. This player is fantastic, carrying his team through more than his fair share of games. Without a doubt, all eyes will be on him to set up his team for success. Other than him, Wang "Light" Guang-Yu is another player to watch. He is a pretty consistent player with a high KDA and is overall a dependable ADC for his team.

Looking at this squad, it's hard not to put them as the other favorite to make it out of this group. They have a great carry player and leader in Tarzan with a good supporting cast around him. Plus, they're used to taking on high-tiered teams being from the LPL, so the Play-ins stage shouldn't be too much trouble for them. Very likely, it will be a fierce battle between them and Hanwha for first place in the group and the ticket straight to the Main Event. Infinity Esports, from the LLA, is a name that should be familiar to most LoL fans. They attended this year's Mid-Season Invitational after a great Opening Split, though unfortunately didn't do too well here. That was with them being in a group with Cloud9 and DAMWON KIA however, so expectations weren't high. But Infinity regrouped in the Closing Split and convincingly clinched first place at the end of the regular season. Once in the playoffs, they beat their first two competitors 3-1. Then they went the distance against Estral Esports in the Finals and won. As a result, they'll be representing the LLA on the Worlds stage for the first time since 2018.

This roster has a mix of players with international experience and some without. Mateo Alejandro "Buggax" Aroztegui Zamora, Diego "SolidSnake" Vallejo Trujillo and Matías "WhiteLotus" Musso all have been here before and are eager to take their chances on LoL's biggest stage again. SolidSnake will be important to his team's success, as he's a major factor in his team getting ahead with a 70% kill participation stat. On the other hand, Cristian Sebastián "cody" Quispe Yampara and Gabriel "Ackerman" Aparicio have yet to experience Worlds. While they'll both need to step up, many will be watching mid laner Cody to step up as he has in the summer.

To be honest, it will be hard for any of the remaining teams to best the LCK and LPL representatives and take first in Group A. Despite that, Infinity has a decent shot at second or third. Even though they're underdogs, they have a good mix of players that are ready to make their mark on the most important event of the year. If any team is going to cause a huge upset here, there's a good chance it's Infinity.

Up fourth is PEACE, coming in from Oceania's LCO. They're making Worlds 2021 after taking their revenge on Pentanet.gg, who beat them in the Spring Split to steal away the MSI ticket. Similar to others in Group A, PEACE did have a bit of a rough go of it in the Summer Split. In it, they finished fifth in the regular season but really leveled up in the playoffs. Defeating Chief's Esports Club, ORDER and Dire Wolves all in a row, PEACE claimed a spot in the LCO Finals. As fate would have it, Pentanet.gg joined them in the Finals, which suited PEACE just fine. They 3-0 swept PGG in a brilliant series, meaning they also avenged themselves for the Spring Split and secured the region's Worlds spot in one go.

However, a big change was made to the PEACE roster before Worlds. Instead of Yao "Apii" Jian-Jing in the top lane, who played with the team for much of the season, European fan-favorite Kiss "Vizicsacsi" Tamás is playing with PEACE in the tournament. Many know Vizicsacsi for his times in Unicorns of Love, Schalke 04 and Splyce in the EU LCS/LEC. His wealth of experience from competing at the highest level of play will undoubtedly be a great boon for this team. Aside from him, viewers should keep their eyes on Leo "Babip" Romer, who is a great jungler and a definite point of power for the team.

For PEACE, this will be another chance to show the world what they're made of, in spite of everything that has been thrown at their region. Will it be easy? Certainly not. But the Oceanic region always is fun to watch and is a beloved upsetter. 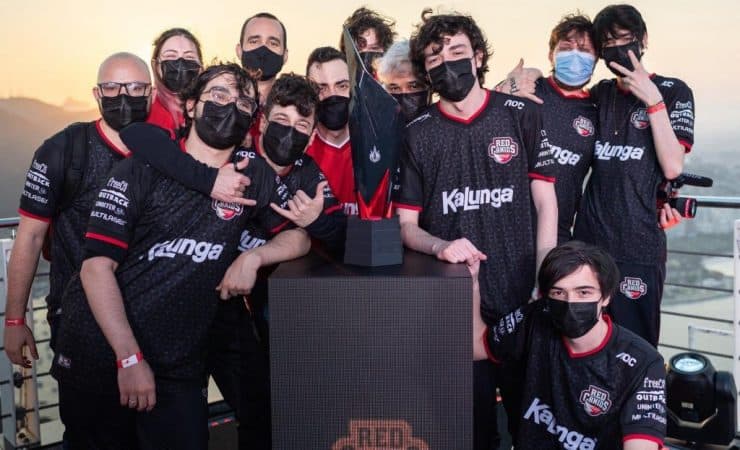 Finally, we come to the RED Canids, representing the Brazilian CBLOL. Their journey to Worlds 2021 was a rather unexpected one, all things considered. In the Summer Split, RED Canids only placed sixth in the regular season, which barely got them into playoffs. Going in, they weren't expected to be that much of a threat but they proved the world wrong. They beat Flamengo Esports and Vorax Liberty handily in the first two best-of-fives, which sent them to the Finals. Here, they took on their hardest foe in Rensga Esports and went the distance, pulling out at champions in the end and claiming the region's Worlds spot.

Overall, the players really like to play scrappy, dueling picks, which can snowball out of control. Top laner Guilherme "GUIGO" Ruiz and jungler Gabriel Vinicius "Aegis" Saes de Lemos in particular enjoy the fighter and duelists as opposed to tankier picks. This works well considering Daniel "Grevthar" Xavier, who joined the team for playoffs, enjoys roaming champions like Twisted Fate and even has a particularly interesting Kled pocket pick.

Unlike most of the other teams that qualify for Worlds, RED Canids only have one player who has ever been at Worlds before, Alexandre "TitaN" Lima dos Santos. He's a big performer for the team and has at least some experience in the World Championship environment. This is crucial because other than him, the rest of the roster is unproven at the absolute highest level of play. Considering this, they'll be significant underdogs coming in. Especially with teams like Hanwha and LNG present. However, even if they don't make it out, this will be a fantastic learning opportunity for the players that they can build off of for next year.