Here's everything that happened during the first day of Worlds 2020.

After much anticipation, the 2020 League of Legends World Championship is underway! Twenty-two teams are set to put it all on the line and fight for glory. But some teams have to go through the Play-In Stage before they get to the main event. On this inaugural day, teams from both Group A and Group B took to the stage to show what they've got. Without any further ado, here's how the day went down. 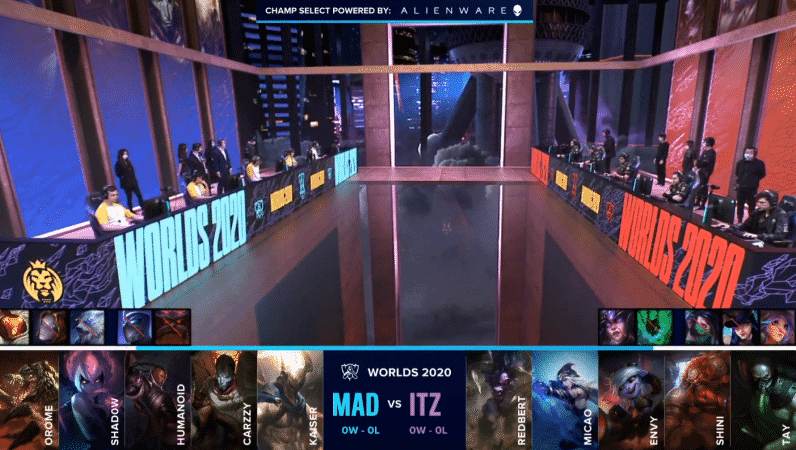 The first game pitted MAD Lions ("MAD") and INTZ against each, and oh boy, was it a banger. It started off with a hilarious top lane 2v2, where MAD Shadow misplayed a Flash and was about to die, but INTZ Tay accidentally Teleported during the fight and missed out on First Blood. Unfortunately for him, he was the victim of the next gank, as Shadow went top at 10 minutes to get First Blood for Orome. Shortly after that though INTZ outplayed MAD in some skirmishes and went up in kills, though still were down in gold overall due to MAD's laning prowess.

It was a pretty tame game up until now, but at 20 minutes chaos broke out. First, INTZ made a good play to get two picks in the mid lane, but then a minute later, MAD did a similar thing and answered two kills back mid. Right after that, another fight erupted in the mid lane, where MAD found two kills and Baron, though lost two for the objective. With this, MAD was able to crack an Inhibitor Tower after another team fight, but the Inhibitor stayed standing.

The ARAM continued, as yet another 5v5 occurred in the mid lane. Here, Tay's Urgot, who had picked up a bunch of kills before, was huge and helped his team go four-for-one in kills. This victory led MAD to secure their second Baron of the game and they set off pushing lanes. INTZ managed to pick off Shadow again, which bought them time, but it wasn't enough. At 34 minutes, MAD picked off the INTZ bot lane duo then wasted no time in pushing mid, charging straight at the INTZ Nexus and claiming the first win of Worlds 2020. 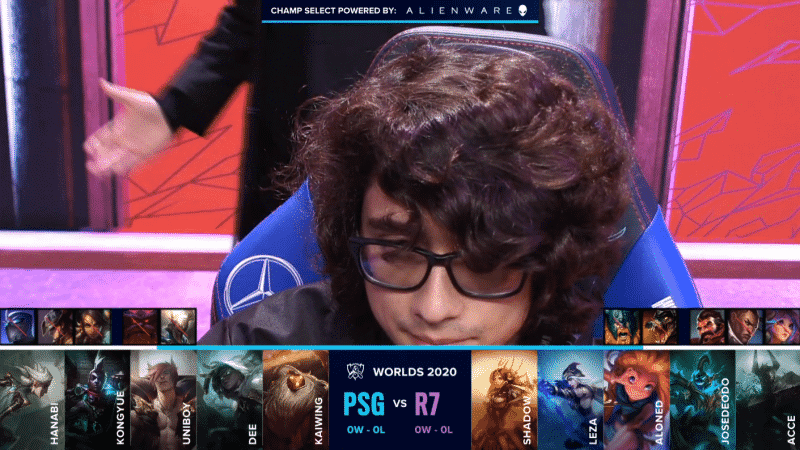 Though there were some question marks around PSG Talon ("PSG"), who had to temporarily replace some players, those questions dissipated after a riveting win over Rainbow7 ("R7"). R7 almost came out to an early lead when their bot lane duo nearly killed Kaiwing, but PSG collapsed with multiple members to get two kills. A couple of minutes after this, R7 Josedeodo ganked bot to answer two kills back, but PSG Kongyue ganked top to kill Acce and the Rift Herald.

From this point on, PSG was the one making plays and dictating the pace of the game. They forced a team fight bottom to pick up a kill at 10 minutes, then sent four players bot at 12 to get two more. The team plays kept coming too, as PSG collapsed on mid to kill Aloned and secured the First Tower bonus. In the following few minutes, PSG cleaned up a couple more objectives and poised for team fights. The first one came out at 21 minutes, where PSG went three-for-one in kills, with Kongyue's Ekko getting more fed by the minute.

It soon became evident how much farther ahead PSG were over R7. At 24 minutes, Hanabi solo killed Acce in the bot lane before turning and helping his team get a five-for-one team fight victory. PSG kept up the pressure and started Baron at 29 minutes. Not wanting to 50/50 it, PSG turned and engage on R7. This resulted in another five kills for PSG for only two of their own. They didn't get the Baron here, but didn't need it, as they picked one last team fight mid at 31 minutes to get yet another Ace, which allowed them to push mid and easily finish the match. 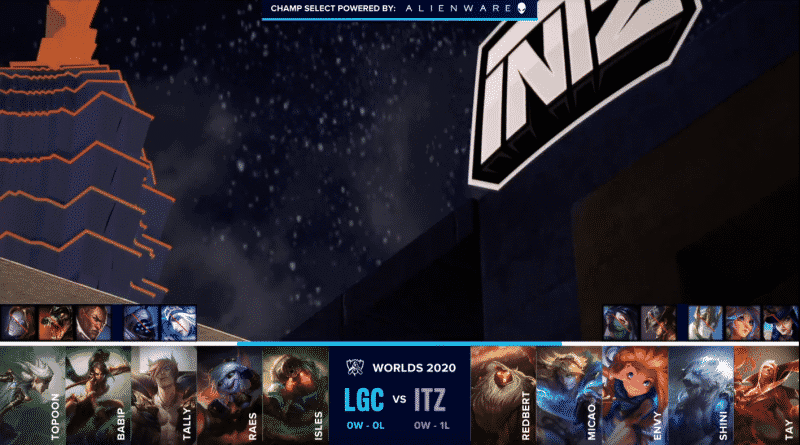 Game Three of the day was an interesting one for sure against Legacy Esports ("LGC"). INTZ started it off with what looked like a free Cloud Dragon, but LGC collapsed to kill Shini for First Blood. LGC were the ones to make the next play, moving top with three to dive and kill Tay's Vladimir. There was another skirmish top that went one-for-one but LGC ramped it up by winning a second one in the bot lane, which they took full advantage of to drop Herald and claim the First Tower bonus. At this point, it looked like LGC had a solid hold on the game.

But INTZ wasn't about to go down without a fight. They scrapped in the mid lane, going one-for-one in two fights but nearly flipping the game by getting three LGC members on sub-100 HP. Then, RedBert's famous Bard started popping off. He found crucial picks, onto Raes specifically, and helped bring his team back into it.  Also important to mention is the fact that INTZ accumulated the majority of dragons, so at 28 minutes, INTZ managed to pick up the Mountain Soul, but lost their top Inhibitor and Baron afterward.

LGC began their siege, pressuring INTZ, but INTZ struck back. They pulled off a three-for-zero team fight win in the bottom lane and bought themselves much-needed time, as Tay's Vladimir was picking up a lot of kills and farm, meaning he was becoming a huge scaling threat. Unfortunately, with Topoon's Camille split pushing so much, he couldn't make it to many fights. LGC capitalized this and took one at 35 minutes to kill four INTZ member, which led to an Elder Dragon and Baron. With both buffs, INTZ's base crumbled and their Nexus to follow after one unsuccessful base defense. 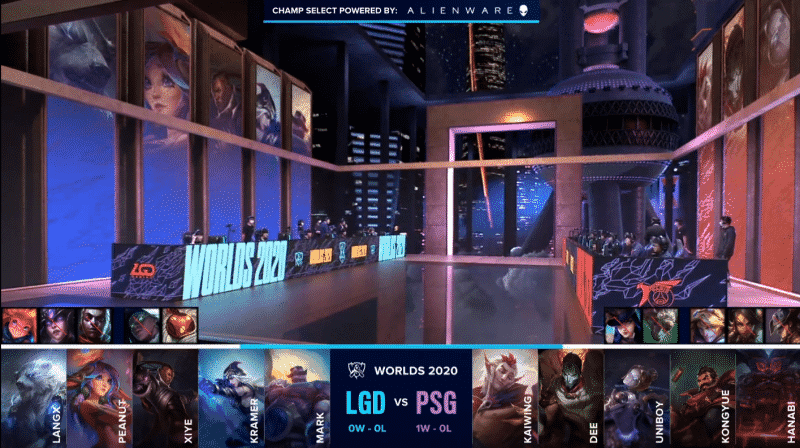 The fourth match of the day featured the first big upset of the tournament. It was a quiet game in the beginning, with LGD's Peanut securing both the Rift Herald and a Mountain Dragon. He also made the first gank, visiting top to dive with Langx and killed Hanabi for First Blood. This happened at 10 minutes, so it looked like LGD had a good grasp of the game, especially so considering they're a Play-In favorite. However, that perception started to change. At 13 minutes, PSG claimed an Infernal Dragon for themselves and found a pick onto Mark three minutes later.

LGD managed to nab the First Tower bonus mid with a Rift Herald and still looked like they were in a decent spot. But PSG hit them hard at 24 minutes, where the teams met to fight for a dragon. Here, a team fight exploded in the river and PSG found four kills for none of their own. They even set themselves up at Ocean Soul point to boot. Things got worse for LGD at 27 minutes, as they were forced to contest PSG when they started the Baron. PSG's Uniboy came up huge here, finding a huge Shockwave to enable his team to kill all five from LGD and take Baron.

With this initial Baron buff, PSG knocked down multiple towers and the bottom Inhibitor with little issue. During that time, PSG grabbed the Ocean Soul too. LGD did manage to hold on though, to their credit. But at 34 minutes, PSG had full map control and rushed the Baron. They secured it then turned to fight LGD, who showed up too late. PSG crushed two LGD members under their feet, proceeding to push through top and end the game with the man advantage. 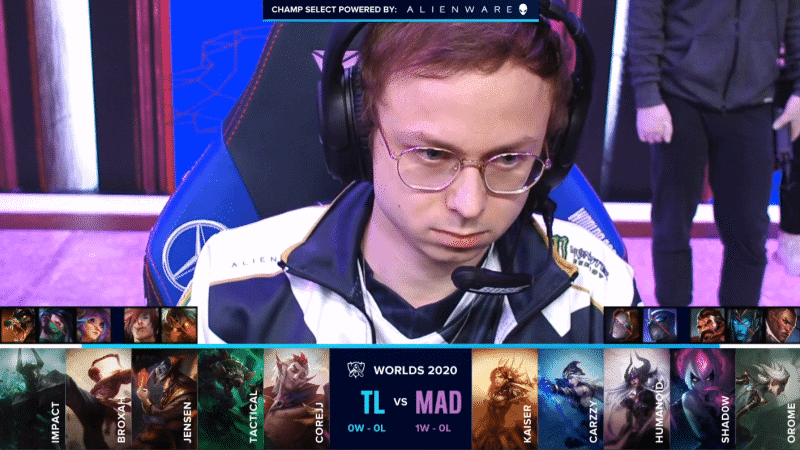 To finish off the day, North America's Team Liquid faced off versus Europe's MAD. It was a super exciting game worthy of the NA v EU rivalry. The main focus of it was the bottom lane, as Jensen roamed there at 10 minutes to force a winning two-for-one fight. After that, Tactical's Twitch was put far ahead, so he and CoreJJ were able to kill Carzzy in the 2v2. But that wasn't all TL had going for them because Impact solo killed Orome top too. Despite all that, MAD did bite back by punishing Broxah and killing him, then also winning a team fight bot two-for-one and taking the First Tower bonus.

TL regained control after that though. Impact got another solo kill, this time onto Shadow, and TL found picks onto Orome as well as multiple tower takes in the proceeding minutes. Crucially, MAD never stopped fighting though and made TL work for everything. Two team fights, at 20 and 27 minutes respectively, were close, but three-for-two in favor of TL regardless.

It wasn't until 29 minutes that TL broke the game wide open. Here, another team fight erupted mid, where Tactical absolutely shone. With his great play, TL swept up four kills and lost none of their own, claiming Baron right afterward. Now equipped with the Baron buff, TL went bottom where they also picked off Orome. This let them crash into MAD's base to take the first Inhibitor, then play out one more team fight to kill four MAD champions then move on and finish the match.