LoL: MAD Lions Are The New Kings Of Europe, Is The Reign Of G2 Esports And Fnatic Finally Over? 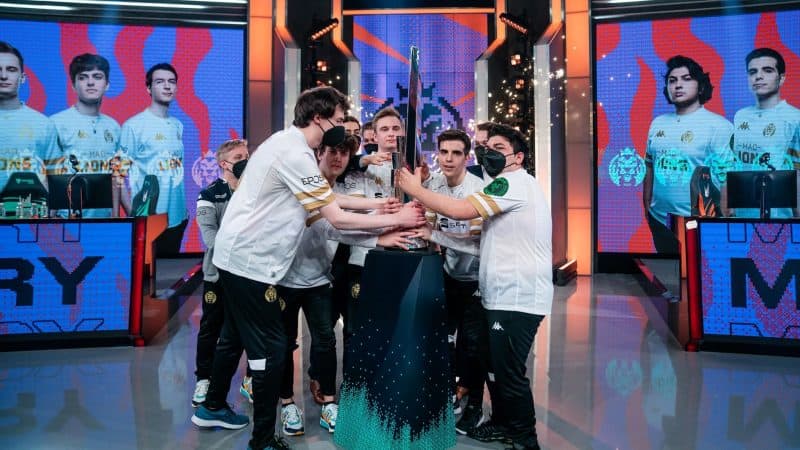 The LEC Spring Split title going to MAD Lions after they beat Rogue in the Grand Final. We ask, is the reign of G2 Esports and Fnatic finally at an end?

Many thought G2 Esports was a nailed-on Grand Final participant. Fnatic, on the other hand, looked like outsiders in this split. But there was never any doubt for G2. When they won the regular season, it looked like the stars were still aligning for G2 Esports and their new roster to establish for a new dynasty in Europe.

Who let the MAD Lions out of the cage?

Featuring in most people’s top five teams of Spring Split, MAD was maybe an outside challenger for a top spot. But MAD defied the odds to not only challenge the top, but topple everyone along the way to winning an LEC title. MAD Lions had no easy run for their title, either. They had to beat Rogue twice and G2 Esports once in best-of-five series. MAD Lions showed up in the playoffs, and have put themselves firmly in the company of LEC royalty. Now they need to maintain that momentum.

After they had a strong showing in 2020, MAD and Rogue started to make a push for the title of “best of the rest” in Europe. MAD always seemed to have a plucky, rookie style about themselves. In 2021, the roster made two key changes. Jungler shad0w, who was praised in the regular season but failed to translate his performance into Worlds, and top lane Orome who has now found himself at BTXL in the UK regional leagues.

As for changes, MAD would continue down its path of trusting rookie talent. First, they signed jungler Elyoya from Movistar Rider in the Spanish regional leagues. A blast from the past as MAD looked back into the league that made them the side they are today, to help build the side of the future. Lastly, they look to the top lane, and Turkish star Armut. Widely praised for his showing at Worlds 2020 with SuperMassive, it was seen as a risk for MAD, but Armut and Elyoya have more than answered any of their critics.

Heading into 2021 MSI and the Summer Split, MAD has a chance to continue to prove its worth. The big question is, can they handle the pressure of being the best of Europe and not the plucky underdog? G2 Esports has proven time and again that they’re not only the best side in Europe, they know they are. Now, they’re not the best, and we just don’t know what G2 Esports will do about that. For MAD, that means they’ll need to step up, change the narrative, and retain their title.

Rogue take down the kings but fall to the new ruler

Rogue shocked the League of Legends world when they took down G2 Esports to take on MAD Lions in the LEC Grand Final. When Rogue then took the first two games of that series, it looked like they’d finally realized their true potential. Breaking free from the third best in Europe and moving to that next step, becoming Europe's best. After spending the past two splits challenging for an LEC title, and missing out each time, the 2021 Spring Split finally saw Rogue reach a Grand Final. Though it wasn’t G2 Esports that they faced, ultimately, they would fall to MAD Lions, as Rogue failed to close out their 2-0 lead. 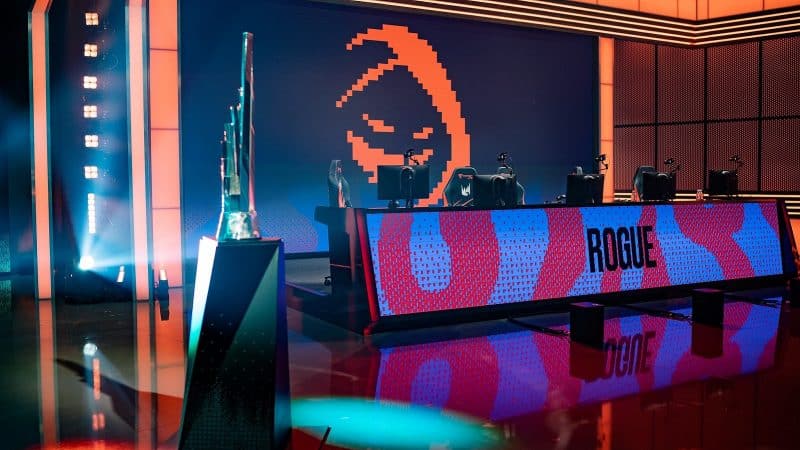 It was a disappointing end to the split. We saw what Rogue could do but they failed to deliver when it mattered most. Despite the loss to MAD Lions in the opening rounds of the playoffs, they bounced back to back-to-back victories. Crucially, they took down G2 Esports in a best-of-five, something they’ve not managed before. The signs were looking good for Rogue, and they were in form going into the Grand Final.

While it was a split that will leave Rogue wishing they could turn back the clocks, there’s cause for celebration in the Rogue camp as Spring 2021 has given them a platform to challenge the top. MAD Lions has proven that someone else can win the LEC, and you don’t need to be Fnatic to do it.

It seemed unthinkable that we wouldn’t see G2 Esports lifting an LEC title. No G2 representing Europe at MSI, and a new winner taking the title. Unlike Fnatic, we’re not quite so keen to deem this doom and gloom for G2. The side is still going to cause trouble in Summer Split, and that’ll likely make them an even more scary proposition for everyone else in the league. However, they lost, they failed to make a Grand Final, and lost to both Rogue and MAD Lions in best-of-fives in the process.

Unlike Fnatic, it’s unlikely G2 makes any sort of change in the short term. Maybe if they lose in Summer they might look to make a change, but for now, they’ll stick. It’ll be on the G2 coaching staff to work out what needs to improve, and while it’s often easy to say that it’s just “G2 meming,” they rarely lose a best-of-five like this. What this split might do is take some bite out of G2. A side that relies on their social media presence of being the best in Europe, striking fear into other sides. Will they still strike that same fear now they’ve finished third? Will they cope if MAD Lions has a good showing at MSI and carries that momentum into the Summer Split?

Lastly, we have to look at the meta. Maybe G2 Esports just failed to read it or lacked the champions to fully utilize the changes on the patch. It’s a lot to answer, and something we’ll know more about during Summer. What we do know is that G2 Esports has to worry far more about Rogue and MAD Lions than they do about their old rival Fnatic. For G2 Esports fans, it will also be a painful look across the ocean as they witness former star mid/ADC Perkz lifting an LCS title in his first split with Cloud9.

It’s been a 2021 to forget for Fnatic. After losing their star man in Rekkles to rivals G2 Esports, they thought they’d found a replacement in Upset. While Upset has been a great addition to the roster, he alone wasn’t enough. Nemesis, who was seen as a problem for the side in 2020, was moved on and Nisqy came in to replace him. With the addition of Yamato as coach, replacing the departing Mithy, it looked like Fnatic had found a formula to build upon with Bwipo, Hylissang, and Selfmade all staying with the roster.

Despite some decent matches, Fnatic faltered far too many times. A side with their pedigree can’t have 0-2 weeks, and those poor runs of results almost saw them fail to make playoffs entirely. As for the playoffs, they started well for Fnatic. A victory against 6th place SK Gaming made Fnatic look to have found their groove, as the LAN buff was activated. Next up was Schalke 04 and that’s when disaster struck. A 3-0 to Schalke “Miracle Run” 04 saw Fnatic crash out at the second round of the playoffs, and end the split in disaster. Starting in the Lower Bracket meant Fnatic had no second chances, only disappointment.

It’s too early to say what Fnatic will do. Maybe the break will help them reevaluate their performance, or maybe they’ll look to bring through a youngster from Fnatic Rising. It’s most likely that Fnatic will just look to put the split behind them, though a similar faring in the Summer Split could spell bad news for a Fnatic squad that might end 2021 not going to Worlds.

New kings come to the table

2021 Summer Split will bring in a new dawn for European League of Legends. With MAD Lions and Rogue now sniffing around the top spots, the two will have been inspired by their performance. That’s especially true for MAD Lions, who’ll now have an MSI appearance under their belt as they earn even more tournament experience. Crucially, playing against international teams will give them a better understanding of how they can evolve their game back in Europe.

It looks like it’ll be Fnatic getting left behind in all of this, especially if other sides around them improve. Schalke 04 finished higher than them, and SK Gaming, despite the loss, looked like a team that could improve greatly. While the rest of Europe hasn’t shown an appetite to make playoffs just yet, sides like Excel and Misfits have shown they can play on their day.

To conclude, it’s too early to count out our old Kings. What we can say is, there are new challengers knocking at the door, as the pool of top talent in Europe widens as the old guard start to show their age. And if Fnatic especially continues to underperform, it might have a more overall negative impact on their recruitment going forward as other organizations seem to have found the formula to take down G2 Esports. 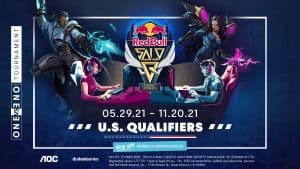