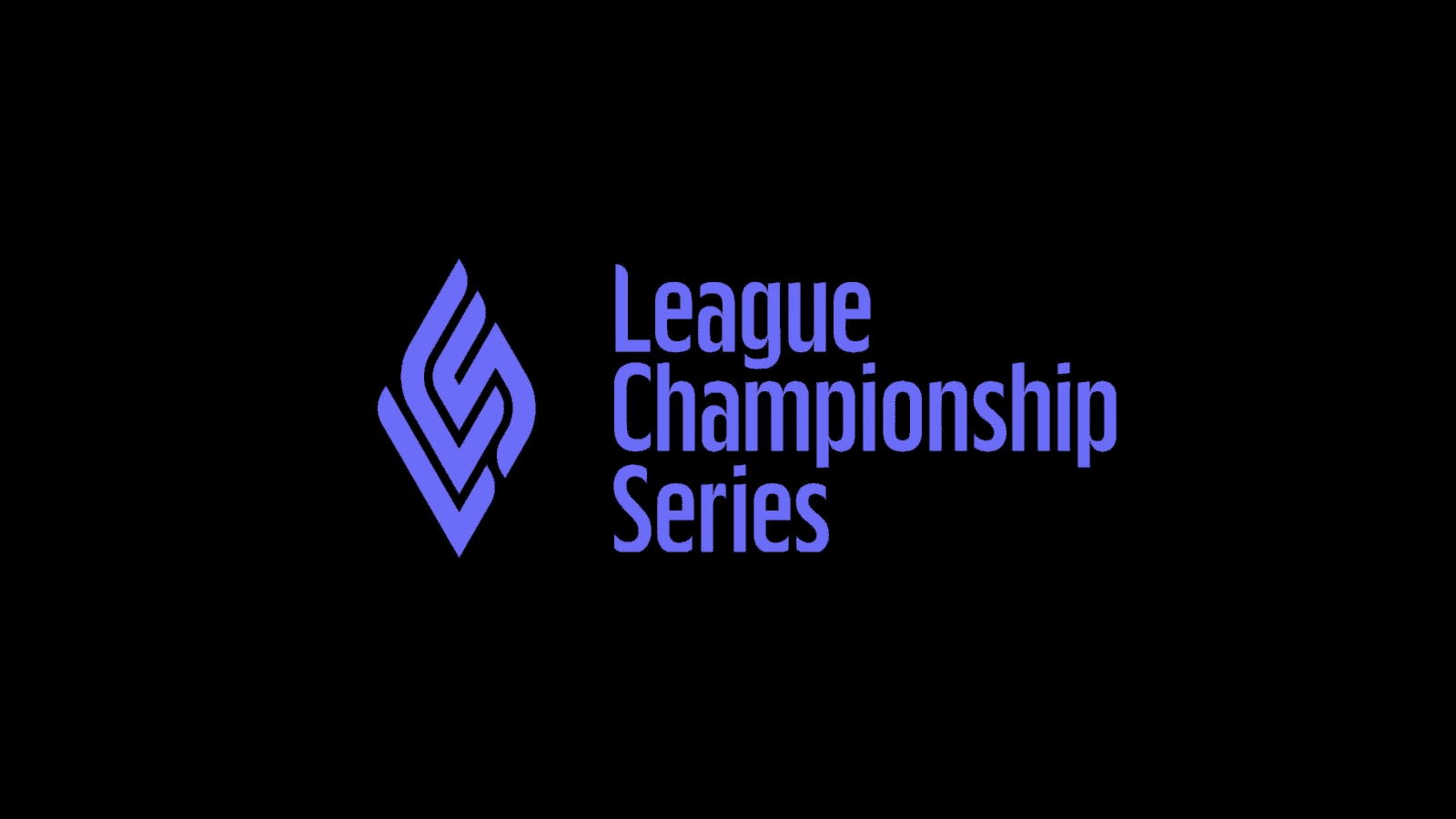 Upon hearing that many, if not all, LCS teams want to abolish the import rule, the community is up in arms.

On February 3, League of Legends reporter and interviewer Travis Gafford released a clip from his podcast, Hotline League. In it, he revealed that LCS team owners and management have asked Riot Games to abolish the current import rule. Since then he's talked to multiple players and received their feedback about the proposed action. Though this has been ongoing, it really picked up steam in the past few days on social media.

Essentially, LCS teams want the option to field any players from any region as they see fit. The current system does not allow them to do so, restricting it to ensure NA players get their shot in the NA league. Despite some backlash from the community and even pro players, the teams are largely sticking to their guns, and it's leading to quite a complicated issue. So, the question on everyone's mind is, will the import rule really be discarded?

What is the NA import rule?

The NA LCS import rule establishes that a team can only have two import players. This refers to two players that come from and have residency in a country other than the US or Canada. As a result, teams must have three players native to the US or Canada. Or, in some fewer cases, players with residency in North America. Two examples are Jeong "Impact" Eon-Young and Dennis "Svenskeren" Johnsen, from South Korea and Europe respectively. Both of these players have played in NA for a number of years and have gained residency, meaning they no longer take up an import slot.

This rule was basically implemented to make sure NA teams actually consisted of NA players. This still allows players from other regions a chance to play in the LCS, but more importantly, makes it possible for those from NA to have a chance to make it to the pro scene. In every region, there is an import rule identical or at least similar to this. However, LCS teams themselves are bringing up valid points about why such a rule isn't necessary.

In the wake of the original video and recent happenings, Travis Gafford uploaded another video. This one simply had direct quotes from each team's representatives about their opinions on removing the import rule. For many LCS fans, and general LoL Esports fans, the responses were very worrying.

Every single team voiced that they were either in favor of removing it or changing it. Some responses were more direct, while others were vaguer. One of the staunch supporters for repealing the rule is Cloud9 CEO Jack Etienne. In Gafford's video, he elaborated on the subject, indicating its complexity. He started by noting that C9 believes in developing native talent. It's true that they've embraced the challenges of raising those exact players, as they've taken chances with young NA players and have established the C9 Training Grounds.

"I'll tell you straight up I don't like the import rule. I basically want to support players that are young, passionate, skilled and want to work hard no matter where they were born"
- Jack Etienne, CEO, Cloud9

But then he explicitly stated, "I'll tell you straight up I don't like the import rule. I basically want to support players that are young, passionate, skilled and want to work hard no matter where they were born". After that, he talks about sympathizing with the concerns many have for NA in regards to native talent. As elaboration, he discusses the need for every team to help develop the Academy and the amateur scene more, to produce the best talent it can.

Removal is a valid option

His argument that raising the best young player regardless of where their born does warrant merit. This would raise the quality of the league and NA solo queue as a result. Furthermore, it would raise competitiveness internationally. Under Etienne's vision, every LCS team would be mandated to invest more into their Academy teams and the amateur scene in general, which would help NA talent rise to the level needed to properly compete against other regions' best players.

Overall, it's a rather valid plan for long-term development. If up-and-coming NA talent has better competition in solo queue, they'll become better themselves. Then, if all of the teams support the amateur scene, those same players will have better resources to improve and make themselves known. It would likely be detrimental for NA players in the short term. But over the course of a few years, there is the potential to raise NA to a new level. It's hard to say how long this would take though. It's also possible that so much talent is imported it does become impossible for NA players to break through. This is where a lot of the discourse comes in.

full Damwon comes to NA, plays on 60 ping the whole year, do they beat top LPL team, THEY DONT XD!

Despite the teams' ownerships' seemingly universal support for removing the rule, some players have voiced their opposition. Perhaps one of the most outspoken is Philippe "Vulcan" Laflamme, Cloud9's support. In a series of tweets, he made remarks about how ridiculous he thinks removing the rule is. In addition, he raises the point that it's not the fault of NA players they can't measure up internationally. It's other problems outside of their control, like the relatively high ping they practice on every day.

Ignorant tweet. If every LCS team left the LCS- you’ll be out of a job buddy and probably be paid minimum.

TSM Founder and CEO Andy "Reginald" Dinh retorted at Vulcan with a particularly aggressive take. It's also important to note that Etienne and Vulcan are parts of the same organization, but are at odds on this issue. Even one of TSM's former star players, Yiliang "Doublelift" Peng, replied to Vulcan's original tweet with a copy of one of Etienne's Reddit responses that received a ton of flack to poke some fun. Tanner "Damonte" Damonte, 100 Thieves' NA-native mid laner, made a sarcastic tweet about losing his job and having to work a minimum wage job. On top of all of that, Golden Guardian's Coach Nick "Inero" Smith talked about how disappointing he thinks it is for teams to be considering this option.

"It's kind of a cop out, it's just giving up like: 'Hey we're never gonna be good enough because we have to have 3 [North] American players and we suck.' That's so sad to hear." pic.twitter.com/BGAUeN5eaE

This all shows the disconnect between higher management and players/coaches. Especially the players that could have potentially never had a chance to play in the LCS if the import rule never existed. To be fair, there are valid points and concerns for both sides. But right now tensions are high and it's starting to become public. Only a few players have been outspoken so far, but it seems safe to say there are many that share oppositional views.

The Worrying State of the NA LCS Import Rule pic.twitter.com/VkNdDKTeZF

It appears that the community is also generally against the wishes of LCS team owners. Former pro player and popular streamer Joedat “Voyboy” Esfahani, who recently joined FlyQuest as a content creator, expressed his thoughts on the matter in a nine-minute video. In it, he recalled his own experiences in the LCS when he lost the opportunity to attend the World Championship because a Chinese organization with an all-Chinese team named LMQ joined the LCS that year and fairly claimed the spot. Under import rules, this wouldn't have happened. He's worried that that situation could become commonplace if the import rule was removed. It'd ruin the hopes and dreams of NA players who want to go pro. Content creator Gbay99 took a stance like Voyboy's with his YouTube video titled "Removing the LCS Import Rule is a TERRIBLE IDEA, and Here's Why."

Looking back towards Reginald, there was a ton of criticism of his take, at least as he put it in the previously mentioned tweet. Among fans and the community in general, a few LCS and LEC casters chimed in to express their distaste. Christy "Ender" Frierson, James "Dash" Patterson and Mark "MarkZ" Zimmerman all directly replied to him, commenting things along the lines of him having a bad take. Another LEC talent, Eefje "sjokz" Depoortere, was similarly disappointed to hear the fact that all the LCS teams want to abolish the rule in question. Aside from these recognizable names, people are echoing the same sentiment all over social media platforms.

Is this the future for NA?

The future of the LCS and the NA LoL Esports scene is in question. Will Riot Games remove the import rule? As of publishing, they have made no official statement. It's certainly possible, but after the recent backlash from all corners of the community, it's unlikely. We can't know exactly how hard the teams are pressuring Riot, but if they are pushing for it constantly, there is the chance they fold. Plus, there is a very valid argument that removing the import rule would help the LCS eventually become a proper major region, albeit in the long-term.

But the import rule will probably stay in effect. The long-term benefits aren't certain and the short-term effects would likely hurt NA players. There are other ways to improve the LCS, for example fixing NA's ping problem. After NA's disappointing Worlds run last year, many teams were outspoken about developing NA talent moving forward. Now, it seems as some of them are backpedaling if they're advocating for removing the rule but not giving additional resources for rising native talent.

In addition, as the OPL was disbanded last year, the LCS changed its import policy for OCE players for 2021. This year, a number of OCE imports arrived in the LCS, but as it's so early in the season, we're yet to see the full impact this change made.

There are still many other factors that are in play with NA's relative strength to the international level and the reasons behind it, but there were changes made this year that need time to make an impact. At the end of the day, this is a complicated issue with a lot of perspectives that need to be respected, but until Riot Games speaks up, the future is certainly up in the air.