It feels like it's been an age since we last watched the LEC. The break has been no doubt great for the players. However, it's good to see it finally return. The weekend of playoffs action got underway with Rogue v Misfits, with Rogue able to pick up the 3-1 win. Next up was the battle of the "Kings" as Fnatic faced off against G2, with Fnatic coming out on top. The last action of the day saw Excel (XL) face off against Vitality (VIT). We've got all the details below in our Excel Vitality Playoffs recap. A huge first blood went over to Excel, as they looked to upset the “Super Team”. Excel would turn that into two more kills in the early game, getting a lot of work done top side. VIT got onto the board at the 15-minute mark, though XL remained 1.2k ahead. XL took advantage of their momentum in the top side, pushing down the VIT tier 2. Some good play across the map, saw VIT close the gold lead, despite being 4 kills behind. However, XL secured Soul Point, with it being a Mountain Drake it would be key for XL's comp. XL blow a golden opportunity to claim the Soul Drake, with Finn getting overconfident and losing his life.

That said, Baron did go over to XL with no one from VIT looking to rival them for it. With Drake spawning, XL was able to secure the mid-lane inhibitor before moving to secure Mountain Soul. XL made a push to win the game and VIT couldn't stop them. It was a fairly clean victory for XL in the end, as they pick up the orgs first-ever Playoff win. 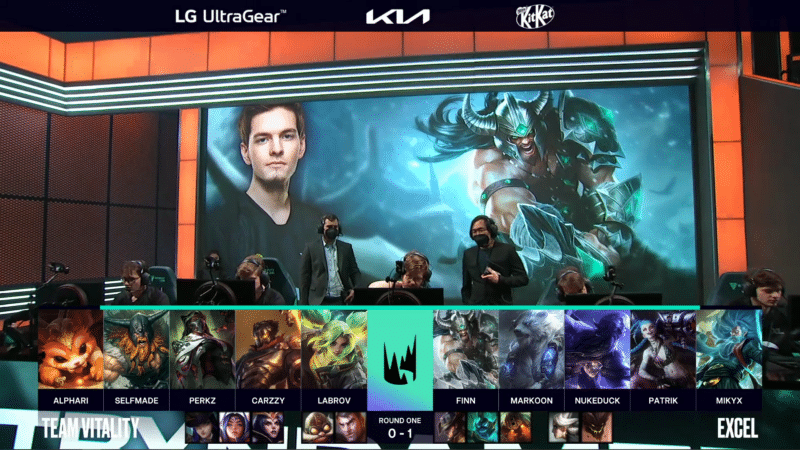 Double-kill first blood for XL, as they start as they mean to go on. Two solo kills for XL as they secured a 1.5k lead at 10-minutes. VIT got on the board two minutes later, as they found a way to don't other board. Despite still being behind at the 20-minute mark, VIT managed to pick up a four-kill victory in the team fight. They then turned that into a Baron as XL's 4k lead was wiped out. It wasn't a one-off, either. With the Drake spawning on the map, VIT once again won a 5v5 team fight as XL needed to reset. XL, however, couldn't find a way to stop it as VIT came online in game 2. Thankfully for XL, they managed to wipe out the minion wave, as they hung on in the game as a second Baron spawned.  VIT was able to end moments later, without needing to secure a Baron buff, as the series was drawn to 1-1. 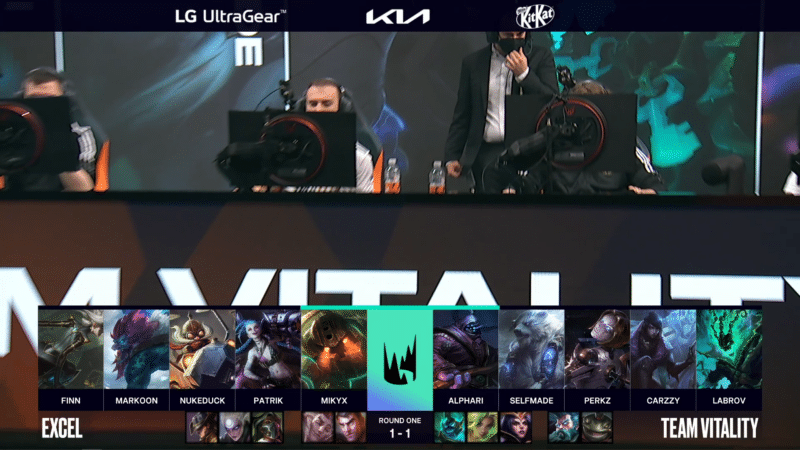 First blood went the way of VIT, but it was traded back as both teams go even. By the 14-minute mark, VIT had managed to build a small 1k lead with the game remaining on a knifes edge.  It's another fight with kills traded over as VIT secures their 2k lead. VIT kept XL at arm's length, with Baron spawning, a fight was imminent. Despite the game being at the 28-minute mark, the gold lead was still just 500g, though a Baron fight was incoming. XL, crucially, took advantage in the Baron pit, though the Baron remained. Despite the pressure, VIT managed to secure the Baron, though the fight right after saw a 1-for-1 trade in kills. Despite VIT looking like they had a lead, XL won a 3-for-0 team fight and marched down the mid-lane.While members of VIT were beginning to respawn, XL just had too much as they turned the game on its head to move to a series lead. First blood was secured by VIT before XL quickly took a kill back. Despite the early kill lead for XL, it was VIT that found the major gold lead. Moving 3k ahead by the 14-minute mark. A frantic mid-game, as VIT desperately tried to stay in the series. Winning fights across the Rift, XL fell 5k behind. VIT accelerated their lead as they dominated the fourth game of the series. Out of nowhere, XL secures a Baron after VIT throws a fight in the jungle. While XL remained behind, it would by them massive time for the rest of the game. VIT, however, did make up for it in the next fight, securing 4 kills as the game looked set to head to a game 5. VIT had the wave and pushed into the XL base as the series went the full 5 games. 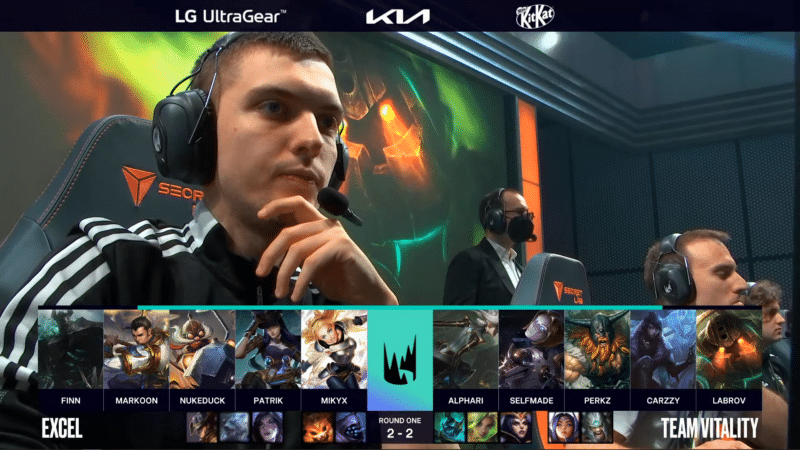 First blood is secured by VIT without a reply from XL. VIT was able to extend their lead on the bot side, with a 2v3 dive. XL did trade some gold back with a Rift Herald in the mid-lane. With the series hanging on this game, VIT extended their lead to 3k, with XL not able to get into the game. With the game slowly moving into the late game, VIT started to bait XL to the Baron while 2 members moved bot side. XL forced the play and somehow managed to make good as VIT retreated and XL moved to take Baron. Nothing came of it, other than VIT securing an even larger lead. VIT was able to get the Baron this time, and that might be all she wrote. They marched into the XL base as XL's hopes of a playoff run were dashed. VIT secured a win, setting up a series against G2 next weekend.