How Hero Pools Changed the Overwatch League in 2020 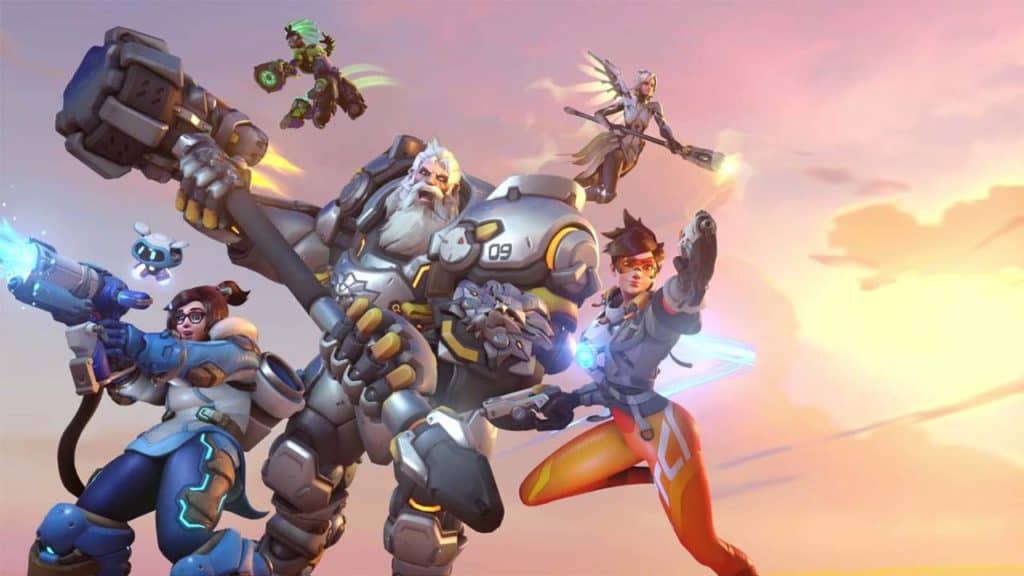 Week Six of the Overwatch League just concluded in Washington D.C. and it provided some perspective on just how hero pools will affect the league.

Overwatch is not a perfect game, and the community has called upon Blizzard on numerous occasions to make changes in how they approach balancing heroes. The Overwatch boomers reminisced on the days of Apex and hoped for the dawn of dive back while those newer to the scene wanted something other than GOATS. Blizzard’s answer put everyone’s favorite heroes from each week on the chopping block. Hence, they removed them from competitive and professional play. The decision on who gets cut from the hero pool is fairly random. But, there are a few parameters to limit the controlled chaos. Each week four heroes are chosen. These are two damage heroes, one tank and one healer. Heroes who have a 10% or higher pick rate being available for removal.

In previous weeks of the Overwatch League’s 2020 season, hitscan players got their time to shine. McCree and Widowmaker became viable for the first time in what felt like years. Fans spent weeks rejoicing at the return of fabled players such as Jae-hyeok "Carpe" Lee, Andrej "babybay" Francisty, and Jong-ryeol "Saebyeolbe" Park took to the stage and clicked heads with ease. The first round of hero pools showed that nothing is sacred. As a result, McCree, Widowmaker, Reinhardt, and Moira were removed from professional play.

ICYMI: The incredible OT fight between @Fusion and @ParisEternal!

Just for you, @Reinforce ? #FiatLux #FusionCarry

This past weekend of the Overwatch League featured a revitalized dive composition. Sombra, Tracer, Winston, Brigitte, and Soldier:76 made a return to the big leagues. The two big takeaways from this weekend are that first, teams that are unable to adapt rapidly will have a hard time finding success this season. The second, is that hero pools encourage diversity in teams both in the members on the roster, and the heroes that they can play between them.

On Day One the Paris Eternal got steamrolled by the Houston Outlaws. Overall, the Eternal were unable to stabilize when the Houston Outlaws assaulted their backline. During the opening moments of the first two maps, the Eternal’s tank line was confused on how to deal with a team that looked prepared for this meta from the second they stepped on the stage. Han-been "Hanbin" Choi flexed between Sigma, D.Va, and Zarya, with his counterpart Benjamin "BenBest" Dieulafait switching between Orisa and Winston. None of these variations offered much success to the Eternal as it put them at a disadvantage with the ease at which they could engage and disengage from team fights. About halfway through each match, they would switch to a mirror dive composition. But by then the Houston Outlaws were up on ultimates and had found their flow.

The Boston Uprising had a similar issue against the Washington Justice. They chose to have Walid "Mouffin" Bassal play Sigma, and Cameron "Fusions" Bosworth take up the role of Winston and Orisa. The following day the Paris Eternal adapted to the meta and stuck with it throughout the series. They did variate on Junkertown to bring out Hanzo for the long sightlines,. They did again with flexing Soldier: 76 in maps with shorter sightlines. The Boston Uprising, however, did not adapt to the meta. They continued playing the same composition they played on Saturday, all while dropping every map to the Atlanta Reign. Watching Xander "Hawk" Domecq dismantle the Uprising was brutal, and it has led many to wonder if they are capable of adapting or chose not to.

The Houston Outlaws and the New York Excelsior boast larger rosters. This allows them to swap players in and out as they are needed. In their match against the Washington justice, the New York excelsior recognized that on map one, Saebyeolbe’s defensive Tracer playstyle wasn’t cutting it. The NYXL swapped Yeon-kwan "Nenne" Jeong and took the fight to Corey "Corey" Nigra. This forcing him to retreat rather than apply pressure for the rest of his team. Having players that are diverse in their playstyle, skillset, and hero pool leads to better outcomes for teams that play cohesively regardless of lineup.

The Atlanta Reign and Paris Eternal have larger rosters than a lot of the teams in the League. They are also two teams that have struggled with consistency and each week we see their performances fluctuate. This pattern is similar to the Seoul Dynasty. The dynasty filled its roster in 2019 and hoped to build a versatile lineup for any situation. This didn’t quite work for the team. They spent more time preparing the team for versatility rather than taking their skill to the next level. The Reign and the Eternal are two teams, even with the roster changes this season, took time to adjust and perform at the same level as the top tier teams.

Hero Pools were randomly drawn once again during the Watchpoint show following the matches on Sunday. The heroes chosen to be banned for the week are Lucio, Winston, Soldier: 76, and Sombra. This essentially reverts the meta to two weeks ago. Expect to see many teams who were dominant in the early months return to form and dominate in Florida next weekend. It will be interesting to see how both the London Spitfire and Atlanta Reign do this week. This is because they will be going up against the Philadelphia Fusion and New York Excelsior respectively on Day One. On Day Two they will face each other and this will give some indication as to who maintains the top five spots in the League. It'll also show who is gate-keeping for the lower half of the rankings.