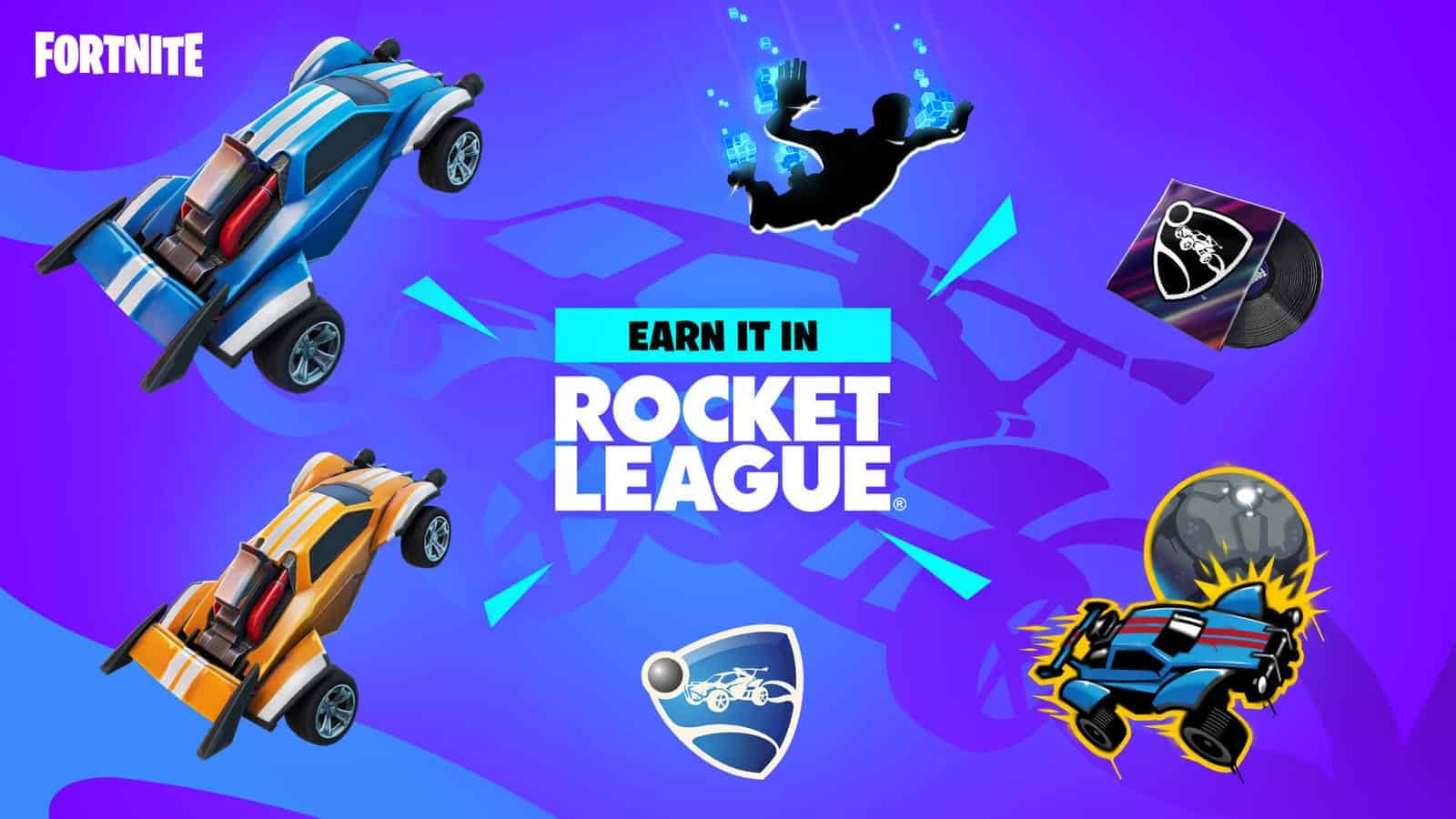 Fortnite is partnering up with Rocket League for its latest crossover event.

Fortnite’s official Twitter account teased a crossover with the popular vehicular soccer game Rocket League last week. The event, dubbed Llama-Rama, will offer rewards for both Fortnite and Rocket League players. Epic Games is hosting the event in celebration of Rocket League joining the Epic Games Store and becoming a free-to-play game. ESTNN has all the details regarding this upcoming event and what is at stake for players of both Rocket League and Fortnite.

Rocket League’s Twitter account released a trailer earlier today, showcasing some of the Fortnite-themed items that will be available to Rocket League players. Some of those include a Battle Bus vehicle, Llama Wheels, Loot Llama Octane Decal and much more. Fortnite will offer a separate set of rewards. All of the in-game items available for Llama-Rama participants are not free; instead, there is a list of challenges that players will need to complete.

Fortnite’s website released details regarding the crossover event, including a list of challenges for participants hoping to secure all of the Llama-Rama items available. Each completed challenge listed below will unlock one reward per game.

CHALLENGE 3 - TOP OF THE WORLD

Llama-Rama features items for dedicated players of both games. Fortnite collectors will surely want to find their way into Rocket League for a couple of to earn these exclusive items.

How To Claim In-Game Rewards

Fortnite’s blog post about the Llama-Rama event also provides insight into how players can claim their rewards in both Rocket League and Fortnite.

The Llama-Rama event will begin on September 26 and end on October 12. Be sure to install Rocket League on the Epic Games Store when it releases tomorrow. You can find more information about that on Rocket League’s website.