Fortnite x NBA is back to celebrate the game’s 75th Anniversary and All-Star Game with new outfits, an emote vote and brand new Creative Hub.

The NBA collaboration, which surfaced in May of 2021, brought all 30 teams into the fold, including a selection of customizable cosmetic outfits, emotes, pickaxes and more. Today, the partnership returns to celebrate the league’s 75th Anniversary and upcoming All-Star Game in Cleveland, Ohio. Epic Games announced new NBA-themed items, a Creative Hub dedicated to NBA 75 and a vote to bring an iconic emote into Fortnite.

Please join us as we dive into the blog post (https://www.epicgames.com/fortnite/en-US/news/vote-for-a-future-nba-emote-in-fortnite-in-the-nba-75-all-star-hub) and see what the latest Fortnite x NBA crossover has to offer. 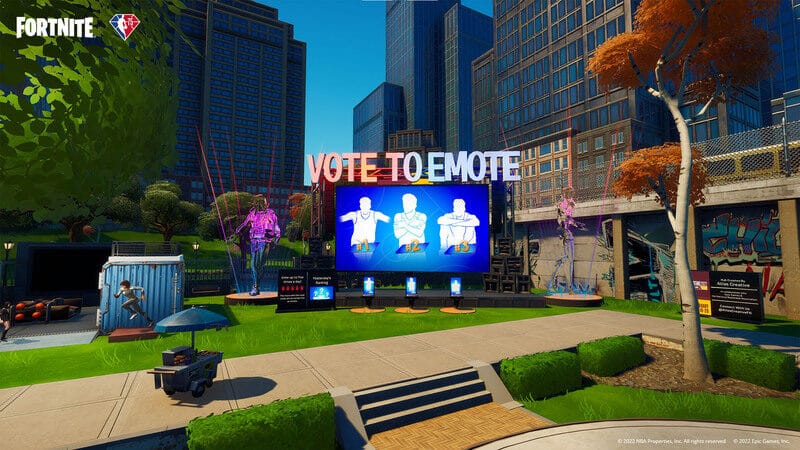 In true All-Star Game fashion, Fortnite is hosting a vote to bring one of three iconic NBA player celebrations into the game. A celebration by either Philadelphia 76ers Joel Embiid, Atlanta Hawks Trae Young or Milwaukee Bucks Giannis Antetokounmpo will become an Emote in Fortnite. Fans looking to participate in the vote should head over to the NBA 75 All-Star Hub. We’ll explain more about the new Creative Hub below. 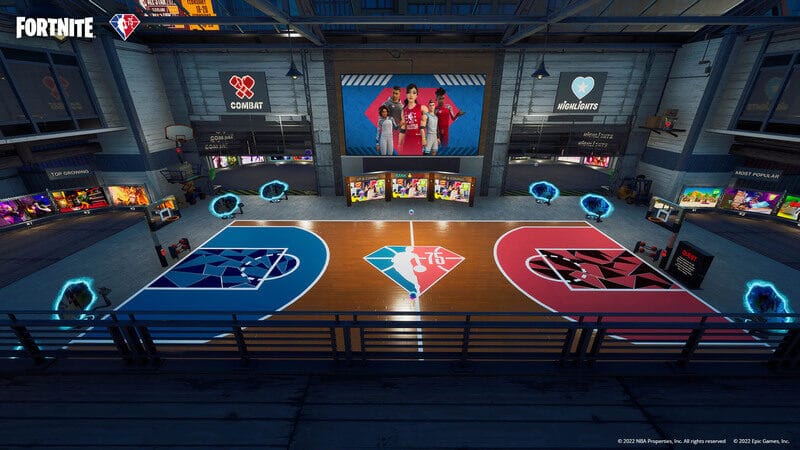 Epic Games worked with Atlas Creator to construct a Creative Hub dedicated to the NBA’s 75th Anniversary. Dubbed the NBA 75 All-Star Hub, players can load into this area to explore basketball courts, photo booths and lounge areas while viewing legendary NBA moments. The All-Star Hub is now live in-game until 10 AM ET on February 23. Remember to cast your vote for the emote contest when browsing through the NBA 75 Hub. 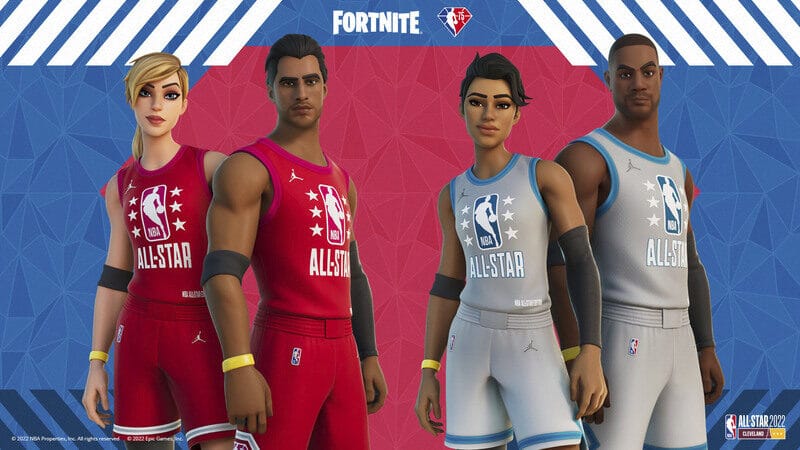 Lastly, Fortnite’s latest NBA crossover comes with a wide range of purchasable cosmetics via the Item Shop. Those loading into the Item Shop starting today will find the previous Fortnite x NBA cosmetics from back in May alongside some new options. The latest NBA 75 Set features base Fortnite characters in warm-up outfits—similar to what the players wear before games.

Additionally, the original In The Paint Set returns with 30 selectable NBA teams and two new selectable styles to celebrate the All-Star Game. You can also obtain the NBA Beacon Back Bling to represent your favorite team appropriately in-game. Overall, there’s no shortage of options for NBA fans to honor the game of basketball in Fortnite Battle Royale.

Here's a list of cosmetic offerings available now in the Item Shop:

The Fortnite x NBA celebration starts today. It’s merely the latest in a long line of collaborations, including LeBron James joining the Icon Series. Fans also uncovered an upcoming crossover with the Uncharted movie and game series. There’s no telling what Epic Games could be up to next as it grows the game’s metaverse.