Fortnite latest crossover might have just been revealed. This is what to expect from the Fortnite X MrBeast Burger crossover

A Fortnite X MrBeast Burger crossover seems to have been leaked at the FNCS Invitational 2022. While the tournament grabbed attention for its competitive play and reveal of Chapter 4, one more upcoming detail seems to have been shown off there. It looks like Fortnite will be partnering with MrBeast Burger for another crossover. This is the latest in a long line, but there’s something different about this one.

Epic have crossover Fortnite over with basically everything. Anime like Dragon Ball, sports stars, and even clothing brands like Ralph Lauren have ended up featuring in the Battle Royale. MrBeast Burger might be the first time they crossover with a fast-food chain though. What’s especially weird is that it’s a fast food chain attached to a content creator, but apparently not the content creator himself. Although, there are some reasons to think we might be getting more general MrBeast content, including possible even a new skin, alongside the Fortnite x MrBeast Burger additions.

This is what’s happened with the Fortnite X MrBeast burger crossover, what’s been revealed so far, and what might be coming soon.

Set dressing at the FNCS Invitational has confirmed an upcoming crossover. Fortnite x MrBeast Burger set-ups were present at the event, confirming a crossover between the two. It’s important to keep in mind at this stage, that it’s the MrBeast Burger fast food chain that’s been confirmed, not the streamer himself.

MrBeast Burger is a virtual fast-food chain, not an in-person one! It was founded by MrBeast and has provided food by delivery. Customers order through an app. Then other restaurants prepare the food and it is delivered to the customer’s home. It’s similar in principle to the “dark kitchen” restaurants listed on some delivery apps, that cater to delivery customers without providing in-person dining. It’s not a traditional chain with actual locations, more of a branding thing that features on delivery apps in certain cities.

The chain looks set to be coming to Fortnite. Decorations for a MrBeast Burger x Fortnite crossover have been spotted at the Fortnite Invitational. 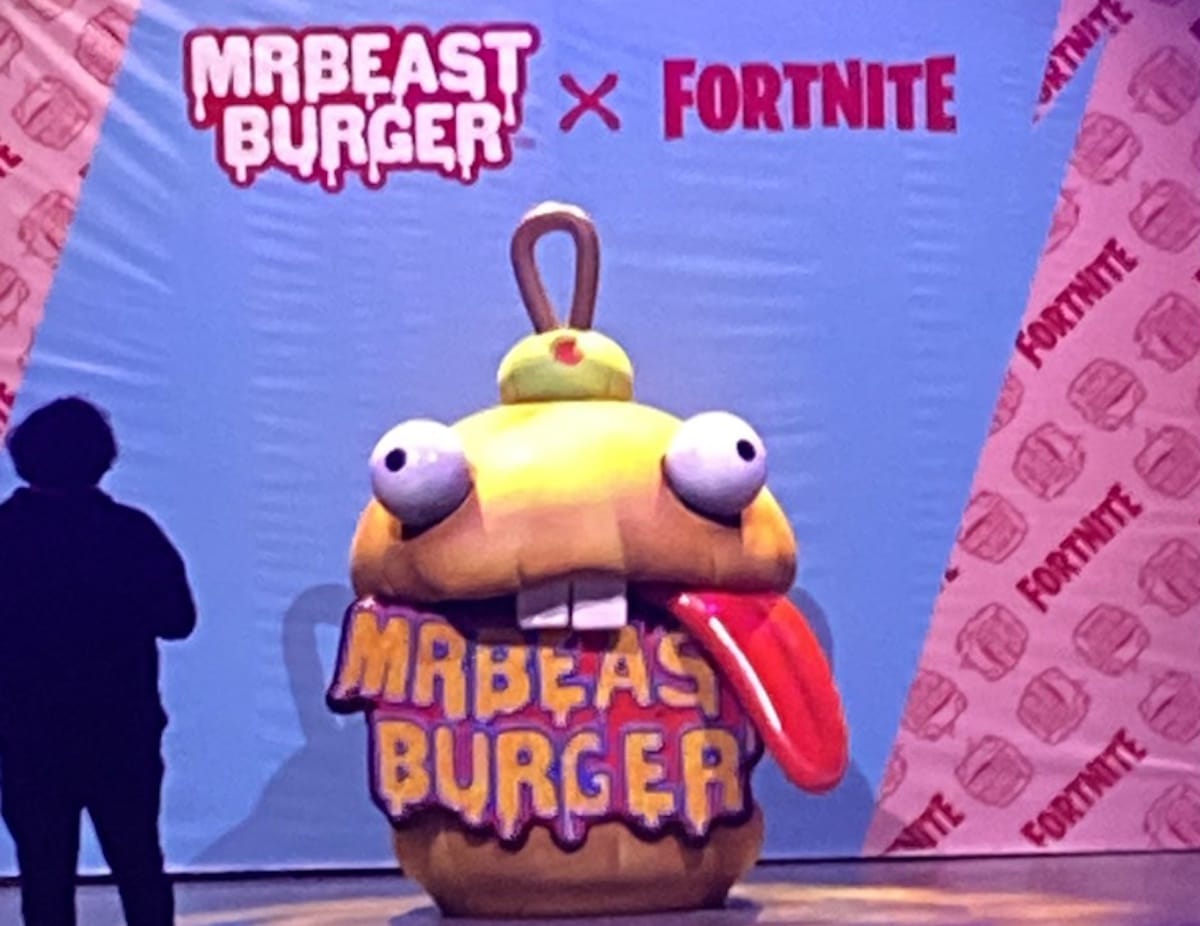 MrBeast is a pretty natural fit for a Fortnite crossover. He’s a YouTube content creator who has a huge following. He’s become well-known for stunt videos that involve spending a lot of money. Like videos covering a game where players have to keep their finger on a screen to win cash, or giving out iphones instead of sweats for Halloween. He isn’t an exact fit for Fortnite, but it does make sense that something to do with the streamer is working its way in.

What Will the Fortnite X MrBeast Burger Crossover be?

The crossover for Fortnite and MrBeast Burger isn’t entirely clear right now, all we really have is the initial teasers. However, there are some ideas which seem pretty likely.

MrBeast Burgers making an appearance in the game’s map seems like a certainty. Fortnite already has a few resturants, like DurrBurger. These are full buildings inside of larger POIs along with food trucks scattered around that are a decent source of metal. The Fortnite x MrBeast Burger crossover could see versions of the actual chain replacing the fictional ones in-game, at least for the duration of the crossover.

The Fortnite x MrBeast Burger promotional materials so far indicate it has got something to do with in-game restaurants. It looked specifically like the Durr burger logo, but remodeled to fit in with MrBeast Burger asthetic. We can probably expect that POI and theming to factor into the game’s crossover.

Another possibility is that we might get more MrBeast general content. This could include a new addition to the Fortnite Icon Series. 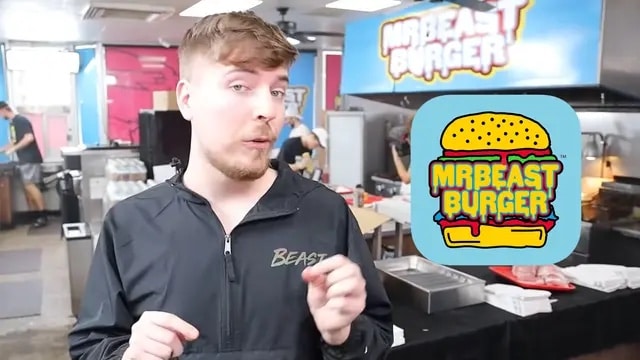 The Icon Series are some of the most exciting skins in Fortnite. These are real-world people, recreated in-game. Previous characters in the Icon Series include artists that have done in-game concerts like Arianna Grande, but also content creators. Lazarbeam, Loserfruit, Ninja and more have had in-game skins made out of them. It’s possible that MrBeast could be the next one in this line.

Currently we only have confirmation for the MrBeast Burger side of the crossover. However, an Icon skin would make a lot of sense.

In the past, content creators have been a huge part of the icon Skin Series. These skins are the way that Fortnite includes streamers in their game. MrBeast is one of the most popular YouTubers and general content creators. His conte nt isn’t entirely Fortnite focused like other Icon Series skins. However, he isn’t a stranger to Fortnite.

He’s made quite a few videos, and collaborated with other Fortnite streamers who appeared in the Icon Series. MrBeast would be a natural fit for this line of skins, making as much sense as Ninja. As one of the biggest content creators out there, it’s fair to think he might deserve a skin in Fortnite too.

When Will the Fortnite x MrBeast Burger Release?

We have a decent idea of what the Fortntie x MrBeast crossover is bringing to the game but when can we expect it? There are a few clues. The current season of Fortnite is due to end at the beginning of December. We can expect this to be when the game moves into a full Chapter 4. While it doesn’t write it out, it would be weird for a full crossover to come immediately. Typically, Epic holds these off until a quieter period rather than release of a new chapter.

We can probably expect the crossover to come at some point during Chapter 4’s first few Seasons. While Epic works far enough ahead to afford a lot of space between this reveal and the actual crossover, these promotions seem pretty fleshed out for something that probably isn’t coming anytime soon. Since Epic is physically advertising all of this at events, we can expect it probably to be one of the next major crossovers.

There’s a little while before the season ends, and we’re not likely to see much in the way of huge updates before then. Following that though, we can expect the Fortnite x MrBeast Burger crossover at any time.