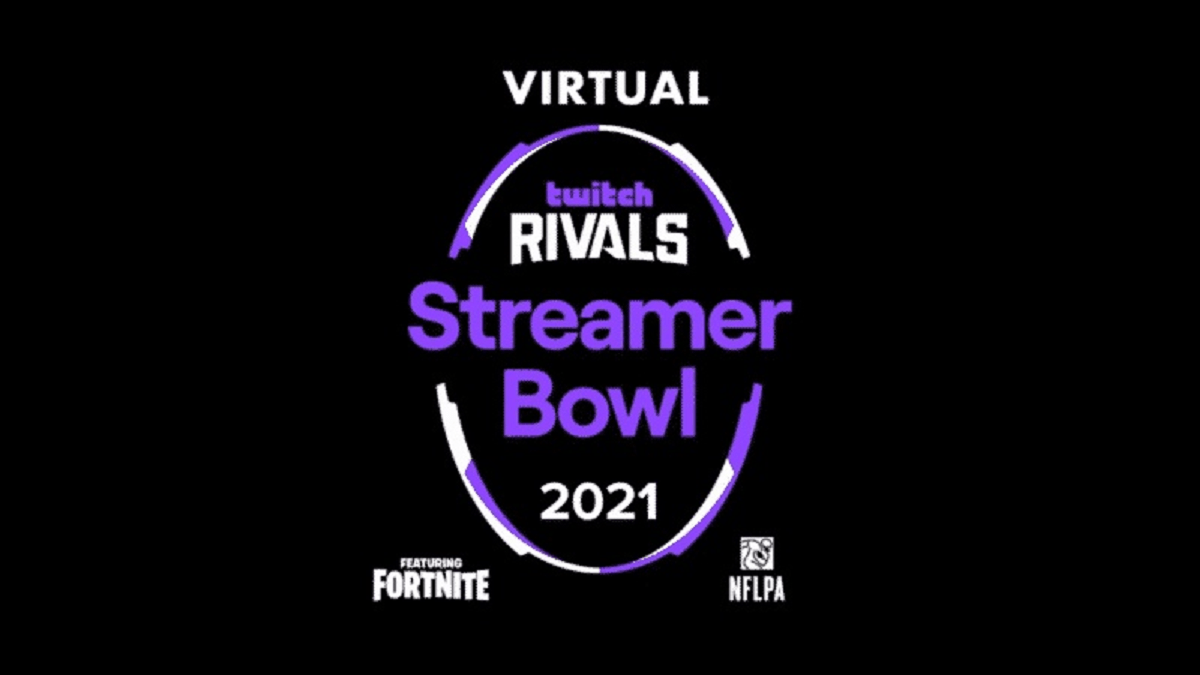 Twitch Rivals Streamer Bowl 2 Playoffs have concluded, and the draft order is set ahead of the monumental finalè next month; where top streamers, NFL athletes and community members will compete for $1M USD in charitable donations. The first three weeks saw Bugha, Tocata and Clix dominate in the Zone Wars portion of these weekly events. However, StableRonaldo secured the third draft spot last week; since Clix’s win in last year’s Streamer Bowl granted him the first pick. From the NFL side, Kyler Murray, Mike Evans and Kyle Van Noy all shined in the ‘pub stomp’ competition to this point.

For the final week, Twitch superstar and gaming icon Tyler “Ninja” Blevins joined the action as ten personalities battled for the only remaining draft selection.

Ninja teamed with fellow creator Kathleen “Loserfruit” Belsten and Chicago Bears running back Tarik Cohen — who claimed first place with Clix in the inaugural Streamer Bowl. Those three squared off against Fortnite veteran Aydan, elded and Los Angeles Chargers running back Austin Ekeler. Both teams struggled quite a bit compared to previous weeks, but it was Ninja’s team who pulled out the 76-24 victory. After establishing themselves as draft options, Cohen and Ekeler retreated while the remaining four creators and six others queued into a Zone Wars battle.

Climbing to the top of STACKED lobbies, @Scoped gets the W & $15,000 as the #StreamerBowl2 ft @FortniteGame Playoffs Week 4 Zone Wars Champ! 🏆

Ninja, Loserfruit, Aydan and elded were joined by fellow Twitch streamers aircool, Prospering, Fresh, Alixxa, LosPollosTV and Scoped for Zone Wars — a glorified Fortnite endgame simulator. It was quite a show of events, but no player could match professional player and free agent Scoped. Like Clix last week, the controller player managed a dominant 54-point performance, scoring 18, 19, and 17 points, respectively. He flexed his skills as a top player, walking away with $15K USD and the fifth Streamer Bowl 2 draft spot. Aricool captured second place worth $12.5K USD, and Prospering rounded out the top three, claiming $10K USD. Aussie Fortnite professional Fresh took fourth, and Ninja finished in sixth.

Scoped adds himself to a list that includes Clix, Tocata, Bugha and StableRonaldo for the upcoming NFL player selections. The Streamer Bowl 2 draft is on the schedule for Tuesday, January 26, where each of the winners mentioned above will choose their teammates for the Streamer Bowl Finals. After the draft, the $1M USD Twitch Rivals Streamer Bowl 2 charity tournament will occur on February 4. Be sure to check back here for more updates on this tournament and many others!