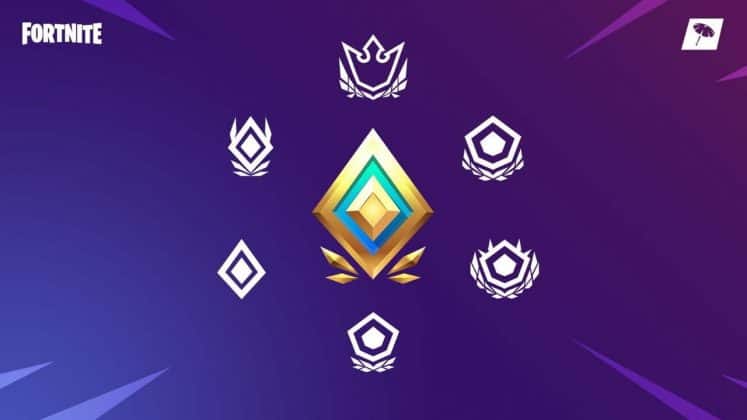 Fortnite Battle Royale’s competitive season is officially underway. Today marked the long-awaited Arena Mode point reset—where players begin their journey from Open League to Champion League. It’s one of the most exciting points in the season, but this Arena Mode reset differs from the last few seasons.

Epic Games teased a new point structure before Chapter 2 – Season 8’s launch in hopes of providing players a challenge to reach the highest division. The new Hype system is here alongside patch v18.10. Epic has released the latest competitive blog post, addressing the adjusted point system and some other items of note.

We have a comprehensive breakdown of the latest developments in Arena Mode as hopeful Fortnite Champion Series (FNCS) participants prepare for the challenge ahead.

The competitive season starts today. We've got an update on the Arena changes and competitive surveys arriving sometime next month!

Learn about the changes and how to opt-in for surveys in our blog: https://t.co/AlmZ4SjKKj

Hype in Arena Mode will be more challenging to obtain in Chapter 2 – Season 8. After changing the point system last season, players ultimately felt that it was not a worthwhile adjustment. That feedback led Epic Games to rework the Hype distribution.

As a result, eliminations are now worth more in lower divisions. Additionally, Bus Fare takes more from your Arena Mode point total once you reach Contender League. Epic hopes that this change will make it much more challenging for players to achieve the highest rank. The developers have also added a demotion feature to de-rank players that fall beneath a division’s point threshold.

To better explain, someone that is ranked in Champion League can fall to Contender League if their points are on the border. This adjustment adds a small layer of punishment and could theoretically make players think twice about playing aggressively. However, we’ll have to see how that plays out over the next few weeks.

Our test period for Arena fill has completed and we're disabling the option for now. We appreciate those who participated in the test and provided feedback. We'll keep you updated on whether Arena fill will return.

Epic has also turned off Arena Mode’s ‘Fill Option’ for the time being.

Fortnite’s Arena Mode Preseason period has drawn criticism from the competitive scene. Epic took it upon themselves to explain where they see value in the preseason related to competitive play each season.

“Operationally our team caps off each season with FNCS Finals, and we need this time of little to no tournaments to prepare for the upcoming season’s competitive offerings and build out the schedule,” the blog post reads. “The Preseason also allows players to understand and experience the new items, features, and weapons that come with each season without large prized competitions.”

Epic concluded their statement, saying that the preseason allows them to establish a loot pool suited for competitive play before cash-prize tournaments commence.

Competitive Fortnite players once felt unheard in the grand scheme of things. However, that notion has since dissipated, and Epic now fields feedback as needed. To take that idea one step further, the developers will start sending out seasonal surveys to select players soon.

Players shall now have a forum to rate and review competitive Fortnite to guide decision-making in the future. Anyone interested in participating should head over to Epic Games’ website and enroll in emails.

That covers most of what we gleaned from Epic’s Season 8 competitive blog post. Players will begin their quest to achieve a Champion League rank and perhaps take home the Axe of Champions. We’ll be sure to keep you updated with more critical news items related to Fortnite.