One of NA East’s best players is now a free agent after leaving Ghost Gaming.

The shoe continues to drop on Ghost Gaming’s Fortnite brand as another professional player announced that he is leaving the organization. Rocco Morales, better known as Saf, spent nearly two years with Ghost Gaming and reached the top of competitive Fortnite. Saf now joins Timothy “Bizzle” Miller and Aydan “Aydan” Conrad as the third player this week to leave the Ghost organization.

Similar to the others who’ve left recently, Saf took to Twitter with a Twitlonger post stating his decision to become a free agent.

“I've decided to mutually part ways with Ghost Gaming. I want to thank everyone at Ghost for giving me a chance at the beginning and helping me become the player I am today.”

The short acknowledgment of his departure speaks volumes for how far Ghost Gaming has fallen over the past few months. Although not necessarily a Twitch superstar, Saf prides himself on his competitiveness and strive to win. He and his duo partner Williams “Zayt” Aubin stay far away from streaming to give them the best chance to win. It’s worked thus far in competitive Fortnite as the two have multiple wins and impressive placements to their credit. Ghost Gaming brought him on board in August of 2018 and stuck with him through his significant growth. Saf leaves quite a legacy behind, and it will be strange to see another organization’s banner attached to his name. We briefly mentioned the success of Zayt and Saf since the inception of Fortnite, but there’s much more to it. These two began competing as a duo back in the Summer Skirmish days, earning first place in week three of the event. From there, this dynamic duo took off like a rocket ship with a third-place finish at WSOE 3 and winning the ESL Katowice Royale offline tournament. Their names became synonymous with one another as they qualified for the Fortnite World Cup and took fourth place in the New York City finals. As a solo, Saf has done well in Cash Cups and finished runner-up at the Secret Skirmish to former organizational teammate Bizzle. Saf carries a slew of accolades with him to whichever esports brand decides to sign him.

End of an era 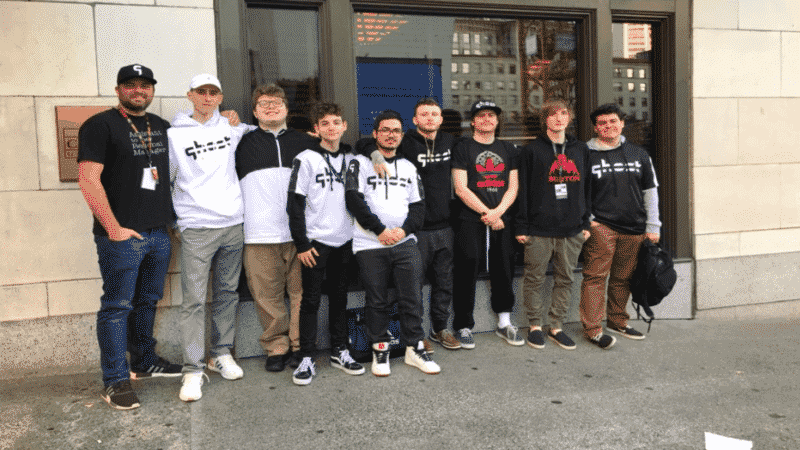 Ghost Gaming is rapidly trending toward not existing as an organization in either Fortnite or any other esports title. Since January, nine players have left Ghost, including the previously mentioned Aydan and Bizzle. FaZe Clan quickly picked up Bizzle, and the rest of Ghost Gaming’s former players are still searching for a new organization. Having been around since the early days of Fortnite, it seems as though Ghost Gaming’s presence in Fortnite will soon come to an end. An article by the Esports Observer quoted Ghost’s CEO Matt Dillon as saying, “There is a distinct possibility the organization will fold, however, we are looking at other options including a sale.”

After having a sizable impact on Fortnite from the early days, Ghost Gaming never really found its footing in the esports world. As it stands, their North American roster includes only Sean after this recent exodus of players.

Kamo, Issa, Trapped and Zarby are still under the Ghost banner overseas. The organization’s Twitter account has not acknowledged the departure of any of these players. We can expect more to develop on this story in the coming weeks. Until then, Saf just became one of the top free agents in competitive Fortnite.