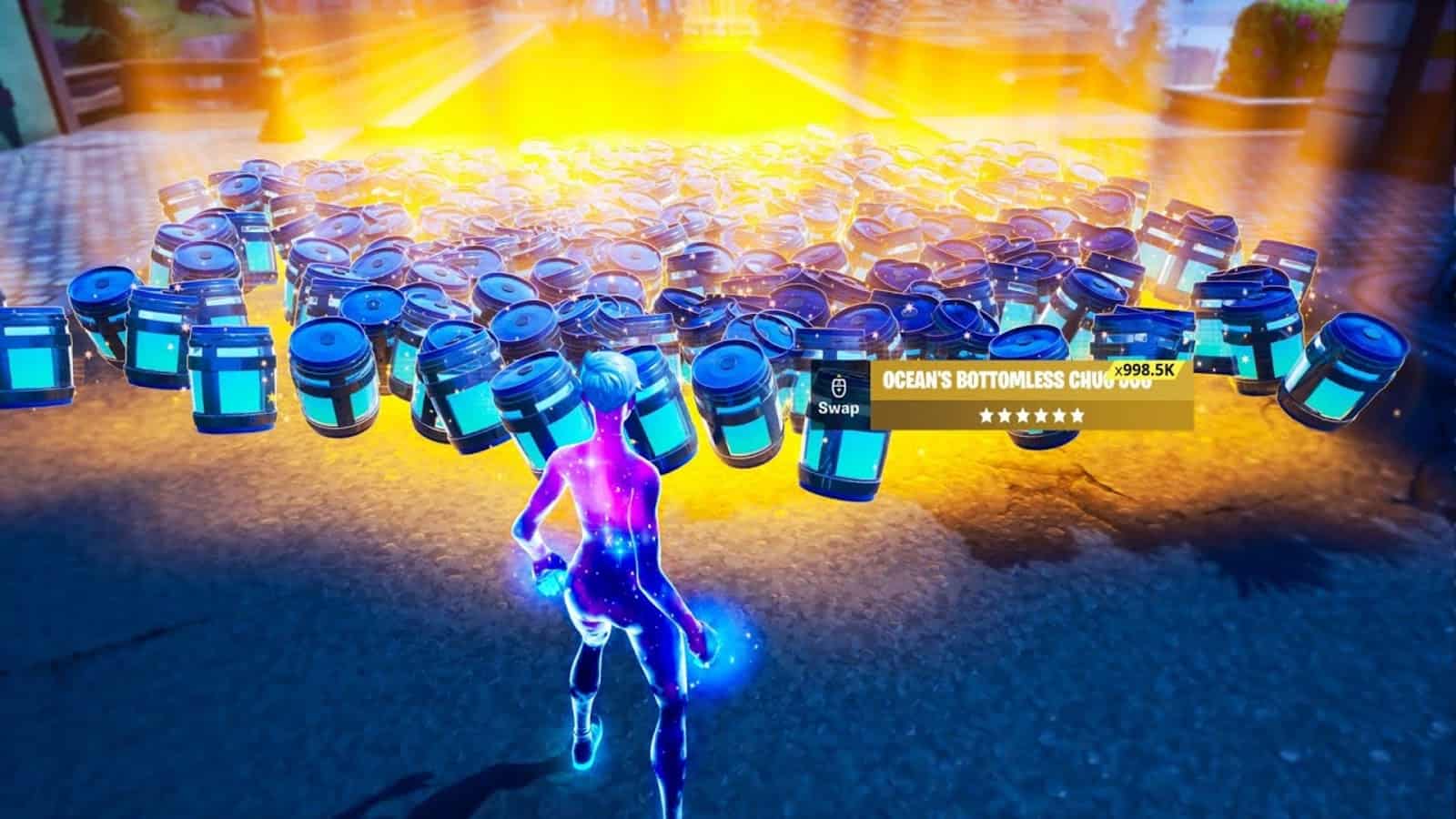 A well-known in-game glitch results in a ban for a professional Fortnite player.

FNCS Chapter 2 - Season 3’s first two qualifiers concluded over the weekend with players enduring more than 18 hours of solo gameplay. No shortage of controversy came out of the weekend. Several well-known players are alleging that soft-aim hacks are running rampant through the competitive scene. Additionally, Fortnite’s servers continue to degrade with each passing tournament to an almost unplayable level. While some players punched their tickets through to stage two in the FNCS, others encountered unfortunate circumstances.

Chief among those competitors is none other than Waffles. Although not necessarily a notable name in the community, Waffles is a professional player known amongst the hardcore Fortnite fans. He does not have a lot of accolades to his credit but has performed well in Solo Cash Cup tournaments here and there.

Some may recognize Waffles from an incident between himself and FaZe Clan player Dubs in Chapter 2 - Season 2. Epic Games found both players guilty to colluding during a Solo Cash Cup tournament, which resulted in 30-day bans for the two players. Waffles and Dubs both accepted their punishments, causing them to miss out on the FNCS Invitational. After serving their sentences, Dubs and Waffles returned to competitive Fortnite. However, Epic Games was not done with Waffles and would soon issue more punishment for an unrelated issue.

Waffles then went from offender to victim in just three months. During the FNCS tournament this past weekend, Waffles experienced an unexplainable situation during a crucial game that he needed to qualify. The video will do all of the talking, but it appears that Waffles eliminated a player and went to collect his opponents loot. He looked down at the player’s Crash Pads, realizing that there were 100,000 items available for pick up.

Once a cheater always a cheater ig LOL pic.twitter.com/GWJugRinSe

Shocked and in disbelief, Waffles added the Crash Pads to his inventory. He soon realized that he could not drop the Crash Pads once they occupied all of his inventory slots. Waffles was in a bind with a glitch for the ages. Orange Guy on YouTube did a great job of explaining the glitch. Instead of leaving the game, he continued playing with hopes of qualifying through to the next round. Despite the unbelievable glitch, Waffles finished in third place. However, what came next was truly unfathomable.

In almost an instant, Waffles received a 30-day ban from competitive Fortnite tournaments. He was unable to queue into further FNCS tournament matches after experiencing the inventory glitch. It seemed like a mistake, but unfortunately, it wasn’t. Waffles proceeded to open up a support case with Epic Games regarding the unjustifiable punishments.

"Don't tweet out the bug so we don't have to ban you" pic.twitter.com/lUdrnmnIof

After opening the case, Epic Games support asked for more details from Waffles, which he provided in a detailed breakdown of his tweets. Their response continued Waffles down a path of uncertainty about whether Epic would allow for an appeal of the ban.

“We strive to ensure the integrity of our competitive events remains intact during competition. As a result, competitive matchmaking bans are issued when we detect a player violating the rules of the event. Depending on the severity of your actions the length of the ban may vary. You were banned for cheating during a competition. While we understand you would like us to remove this ban Epic Games Player Support is unable to.”

Given the response, it appears that Waffles cannot appeal the ban placed upon him. He continued conversing back-and-forth with Epic Games Player Support with hopes of a resolution. But Epic had other plans, and none of those plans leaned in favor of Waffles.

So now you just going to lie to me? "DETECTED BY ANTYCHEAT"?????? ur anti-cheat cant even detect soft aim and why was nobody else banned that did the glitch? ACTUALLY A JOKE OF A COMPANY pic.twitter.com/uYSuh3w2lP

Support responded to another email from Waffles, stating that AntyCheat detected Waffles cheating, despite what transpired being a glitch and not a cheat. Epic Games Player Support yet again reiterated that they could not remove this type of ban. With all hope lost, Waffles attempted one more time to escalate the issue to no avail.

what a shitty way to end my comp career thanks for all the good memories pic.twitter.com/RLuFKY1DMz

Epic Games Player Support stated once and for all that they will not lift the ban despite having the competitive and anti-cheat teams review Waffles’ case. There’s an endless amount of evidence for this in-game glitch. However, Epic Games is unwilling to accept that Waffles did not cheat. The inventory glitch is a broken component within Fortnite and the offender in this scenario had no part in orchestrating it.

If competitive integrity is something that Epic Games is looking to preserve, perhaps they should look at soft-aim players that are infecting the competitive community. The punishment for Waffles does not fit the crime, since there was no crime in the first place. Hopefully, Epic will review the case at hand and make the right decision. Waffles should not have to suffer another 30-day ban for a rule violation that does not exist.

Stay tuned to ESTNN for updates on this story and other Fortnite news and updates!