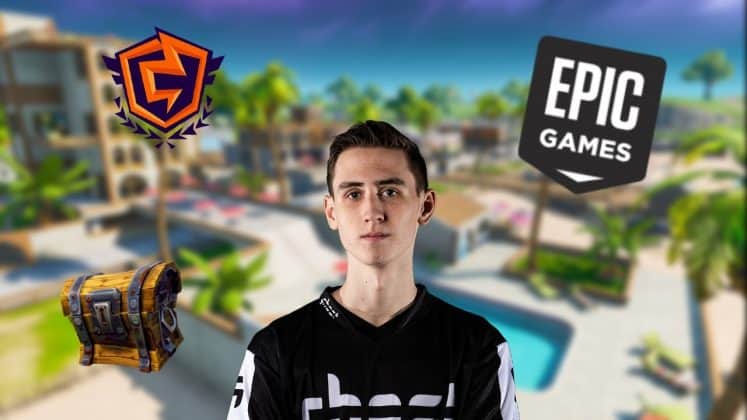 One of Fortnite’s best all-time players goes off on Epic Games and gives his theory of when the game went downhill.

Fortnite Battle Royale’s long-winded relationship with the competitive scene is rather unforgiving. Professional players tend to shamelessly take out all of their frustration on Fortnite developer Epic Games when things go wrong. One player in particular – Timothy “Bizzle” Miller – is one of many who often finds himself at odds with the game that brought him a lot of success.

A veteran of the scene and Secret Skirmish winner, Bizzle is one of the true mainstays in competitive Fortnite. He’s accomplished nearly everything possible in the game’s short history. Much of the veteran player’s frustrations came out today during a Fortnite Champion Series (FNCS) Qualifier stream. While server issues made gameplay difficult and chest spawns were inconsistent, Bizzle went off on Epic and the company’s employees.

The 22-year-old FaZe Clan member’s day started well in the first of three FNCS Qualifiers, where he, World Cup Champion Kyle “Bugha” Giersdorf and Twitch star Cody “Clix” Conrod looked to collect their first Axe of Champions and a share of $3M USD. Three consecutive top-five results put this trio atop the leaderboard.

During the team’s seventh game as Bizzle, Clix and Bugha followed their pre-designed loot paths, leading to harsh words. Bizzle located only three of eight chests in his area, leading him, Clix and Bugha to discuss Epic’s decision to reduce chest spawns in Fortnite from 100% to 50%. Bizzle gave a strong-worded opinion about Epic Games and Fortnite’s current Head of Global Partnerships, Nate Nanzer. Those looking to listen in can navigate to Clix’s VOD through this link.

“This game [Fortnite] went downhill the second Epic Games hired Nate Nanzer,” said Bizzle. The Carolina-based game developer brought Nanzer on board as Head of Competitive to boost Fortnite’s esports presence after working two years as VP and Commissioner of the Overwatch League.

“Everybody in the world thought ‘Oh, they got this Overwatch guy coming he’s going to save our game’ and immediately downhill,” he continued. Bizzle proceeded to call out Nanzer for “ruining Fortnite” and doing nothing productive with the game. The words did not stop there.

“It’s not hard to fix your game. You just listen to your f**king community,” said Bizzle. Clix then asked his teammate what he’d do to improve Fortnite. “I would fire all the Epic Games employees and hire me.” After joking that he’d remove Epic’s Competitive Operations Manager Loomin, Bizzle stated, “I don’t hate Loomin. I hate all Epic Games employees.”

The State of Fortnite and Negative Sentiment

Played a game today and got 0/8 Chest Spawns @Loomin__ @FNCompetitive no wonder why the game is dying 🤗 pic.twitter.com/7wioxFeeus

While this discussion certainly seemed like banter, there’s no doubt that Bizzle believes what he is saying to an extent. The Fortnite World Cup Finalist has never shied away from his opinions about how the game’s deteriorated over time. He echoes the sentiments of many others in the competitive scene, which regularly calls out Epic regardless of their moves. For Bizzle, it’s quite a 180 from his pre-recorded World Cup background when he stated that his favorite part of the day was opening up Fortnite and seeing what’s changed.

The truth is that a lot has changed over time, and the competitive scene loudly denounces the game. Many players feel like Bizzle, albeit maybe not to the point of calling out Epic Games for hiring Nate Nanzer. It’s worth wondering if perhaps the developers could catch wind of his comments and issue some form of punishment. That result is unlikely as tracking down and disciplining the thousands of competitive players would be impossible.