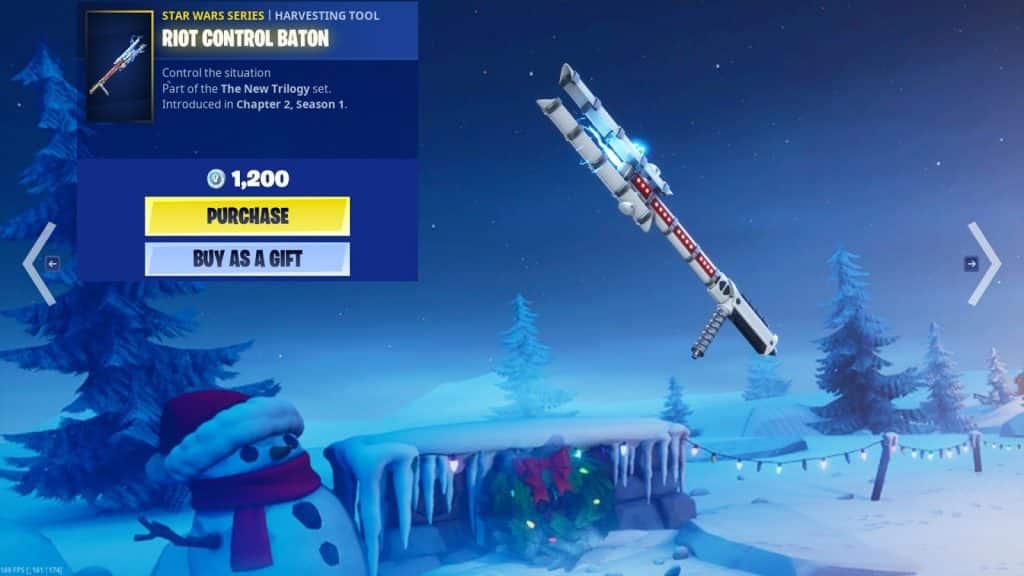 A pick-axe exploit is sparking outrage and sweeping the Fortnite community.

The Riot Control Baton pick-axe was last available during Fortnite’s recent Star Wars collaboration. Players had the option to purchase the exploitable pick-axe for 1,200 V-Bucks on May 4th and 5th. Considering its competitive advantage, purchasing the Star Wars-themed item would have been a wise choice for those looking to silence their movement.

. @FNCompetitive This pickaxe makes your opponent not being hear the opponents footsteps please remove it fast pic.twitter.com/vgSfkpEopm

The Monday, May 11th Platform Cash Cup Finals for EU just wrapped up. Team Liquid player mitr0 notably used the exploit to his advantage. In the clip above captured by SlowEU_ on Twitter, mitr0 runs toward an opposing player in Risky Reels undetected. Mitr0 proceeds to unleash a 170-damage pump shot to the player's head, effectively eliminating him.

When switching to the opposing player's perspective, it’s safe to say he had no idea mitr0 was lurking behind him. Mitr0 went on to win the Platform Cash Cup. The Team Liquid member pocketed $5K for his troubles. His success in this tournament brings into question the idea of a pay-to-win scenario with the Riot Control Baton exploit.

Is it a Bannable Offense?

100 Thieves’ MrSavage finished the tournament a mere seven points behind mitr0. He took second place overall and threw a dig at mitr0 for abusing the pick-axe exploit. Although the Riot Control Baton lends a competitive advantage, it’s challenging to build a case against mitr0. He is merely using a purchasable item from the item shop.

There’s no fault in using what the game provides to you. Although it's a questionable decision to utilize it, Epic Games will be quicker to fix the item than rescind mitr0’s victory.

Until the developers fix the Riot Control Baton, we can expect those who possess this pick-axe to use it to its full advantage. Mitr0 defended himself against critics on Twitter shortly after closing out first-place in the Platform Cash Cup.

imagine not buying a pay to win pickaxe🤣