Competitive Fortnite’s first legitimate trios tournament is in the books after two days and three rounds of intense competition. Many wondered what the landscape would look like, given the new map, weapons and overall feel of Fortnite Chapter 2 - Season 3. The $10K USD third-party tournament dubbed the Amar Trios Cup, gave fans and followers an insight into which European trio is the best.

German streamer and content creator AmarCoDTV helped design and market the tournament. It featured a three-round format with a three-hour time limit in each and a maximum of ten matches per round. Epic Games presumably shelled out $10K USD for the prize pool, which unquestionably added incentive for the Euros to put forth their best efforts. The scoring system awarded placement points after teams reached the top 17. Eliminations were worth three points in the first two rounds and four in the final round.

After a long break from competitive Fortnite, we soon learned which trio is best in Europe, and it wasn’t particularly close.

SOOOOO FREE FOR THE MBL https://t.co/lEpe2Jaagt

MrSavage, benjyfishy and LeTsHe put on an absolute clinic over three sessions to ultimately claim victory in the Amar Trios Cup. In the first two rounds alone, Savage, Benjy and LeTsHe managed 781 and 659 points respectively. Despite some adversity in the final round, this outstanding trio produced exceptionally clutch plays when needed.

It all came down to game number ten for the trio dubbed MBL. The final match was relatively quiet, which paved the path for Savage, Benjy and LeTsHe to do what they do best. All three players communicated exceptionally well, but Savage and Benjy fell late in the game, leaving LeTsHe alone. The EU controller standout came out on top of the final one versus one situation.

Savage, Benjy and LeTsHe’s match ten Victory Royale moved them first with a whopping 617 points. With much anticipation and anxiety, rivals COOLER aqua, Liquid mitr0 and crr were unable to surpass MBL. Savage, Benjy and LeTsHe are atop a leaderboard yet again with a whole season of competitive Fortnite ahead of them. The three victors earned $1.3K USD each for their victory.

MBL has not been the only standout trio from the first few weeks of scrims and daily tournaments. The previously mentioned team of aqua, mitr0 and crr populate almost every leaderboard in Europe. This time around, they produced 594 points. Aqua, mitr0 and crr bagged $800 USD each for their second-place finish. It seems that Chapter 2 - Season 3 will be a dogfight between these two trios, with a few others in the mix.

Another trio in the mix was Blacky.BDS, Supremacy Floki and Sy Clement, who managed 539 points and ultimately landed in third place. The Amar Trios Cup was winnable by any time heading into their respective final matches. However, Savage, Benjy and LeTsHe were not willing to sacrifice the back-to-back-to-back.

The Amar Trios Cup is a taste of what Epic Games could provide competitive Fortnite with a little wiggle room. Partnered events supported by the developers is the perfect path to fine-tuning scoring systems and formats. Some tournaments feature no incentive for smart play, which often leads to mindless w-keying. Hopefully, Epic Games keeps an eye on the success of these tournaments and will continue to adjust their Fortnite Champion Series, Cash Cup and Daily Cup formats accordingly.

Reminder that my cup starts the 30th (in 3 days) so dont forget to sign up ☺️https://t.co/wpctLSZczQ

Epic Games is hosting another similar tournament on June 30. This time, MrSavage is receiving his own MrSavage Cup. The competition is open to all willing trios in the Europe region and features a $10K USD prize pool. Thus far, over 300,000 teams have registered for the cup. 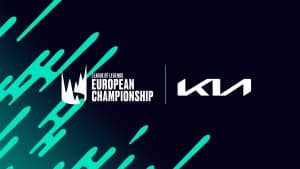