Fortnite Leaks Confirm Chapter 3 Is Next, Set For Release In December 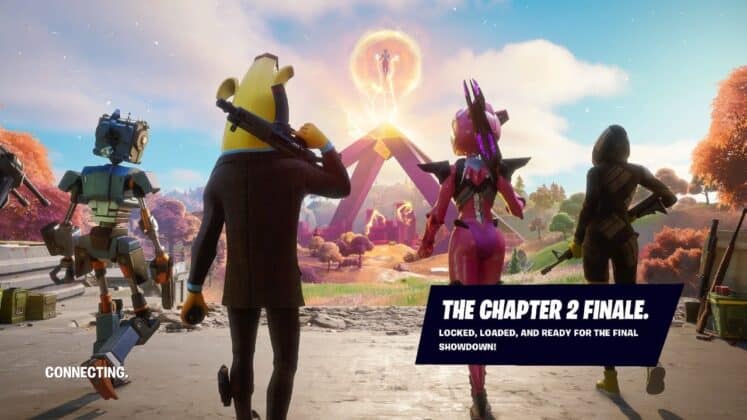 Fortnite Chapter 3 is just around the corner.

It's been a staggering 759 days since Epic Games unearthed Fortnite Chapter 2 for the world to experience. On October 19, 2019, the developers introduced an entirely new map, mechanics and items at Fortnite's popularity peak. Eight seasons have since passed, and the game's future seems to always be up in the air. Fans have long awaited a new Chapter with a new map and other features they can enjoy. As of patch v18.40, the immediate future of Fortnite Battle Royale is inevitable.

Rumors of Fortnite Chapter 3 have been swirling for quite some time. However, little to no context existed for these claims until just recently. Leakers and other insiders involved in the game have received more intel in the last few weeks during Chapter 2 – Season 8.

Now that "The End" playlist got leaked I can finally talk about this: Chapter 3 is planned to launch on December 7th (It's SOO good btw) and the Blackhole stays during 5th-6th.

These sources were NEVER wrong about many things, if they're wrong this time I'll take the blame lol.

The legitimate Chapter 3 intel started with YouTubers such as Ali “SypherPK” Hassan — who posted a video where he explained his theories about Fortnite Chapter 3. The video ended with the cryptic phrase “Catch you guys on the flip side,” the exact phrase echoed by other personalities like Tabor Hill and Ali-A.

Patch v18.40 surfaced earlier today, and Fortnite leaker HYPEX discovered in-game files that include a “The End” event playlist. What's more, FNBRintel on Twitter posted a seemingly legit Chapter 2 Finale loading screen. It's safe to say we have enough evidence that Fortnite Chapter 3 is up next in the Battle Royale's storied history. While precise details are unclear, the leaks today are telling.

It's somewhat bizarre that Epic Games has been so open about the end of Chapter 2 since it does not leave much to the imagination. The Fortnite Blackout, which effectively ended Chapter 1, left many wondering what Epic was planning.

This time around, Epic has laid most of its cards out on the table. Nonetheless, it's exciting that Fortnite fans will have the chance to experience a cinematic Chapter-ending event. We'll have to wait to see what lies beyond that.