The latest Fortnite update has unlocked one of the most exciting skins in the Battle Pass, Indiana Jones.

Unlocking it is a bit more complicated than other battle Pass skins though! You’ll have to complete some specific missions to get the Fortnite Indiana Jones skin.

The famous archaeologist took a while to get unlocked in the game, coming a few weeks after the season launched. Players can finally start to play through the challenges and get their hands on this skin. This is how you can get the skin and all the other cosmetics by completing the challenges, including the tricky secret door mission.

How to Get Fortnite Indiana Jones Skin

The Fortnite Indiana Jones skin is part of this season’s Battle Pass, but it works a bit differently. The skin is going to be unlocked through challenges rather than the Battle Pass itself. The Indiana Jones skin has its own section in the Battle Pass with two pages of quests. If you’ve got the pass, you can work through the challenges in any order to unlock the cosmetics whenever you want, there’s no level you have to reach first. The quests to get the Indiana Jones skin in Fortnite are divided up with each of them giving a part of the cosmetic set as a reward. These are all of the quests: Page 2 of the Fortnite Indiana Jones skins quests get a bit trickier than on the first page! This page won’t unlock until you’ve got through the first, though. These are the quests on this side:

How to Unlock the Indiana Jones Skin That’s all the challenges with cosmetics as rewards for this section of the Battle Pass. To actually unlock the Indiana Jones skin, you have to complete a certain amount of these. This is how it breaks down.

To unlock the skin itself you can skip out on one of the harder quests from Page 1. However, to unlock the alternative style, you need to finish everything on Page 2! This includes some tougher quests. We’ll cover below the most difficult one to complete and how you can get through it:

Most of the quests for the Fortnite Indiana Jones skin are simple, but one can give players a bit of trouble. This is the Secret Door quest that unlocks the emote. You’ll have to find the secret door, and then figure out the puzzle in the game to get into the main chamber. The puzzle itself can be tricky. It involves exploration and the runes change with each game. 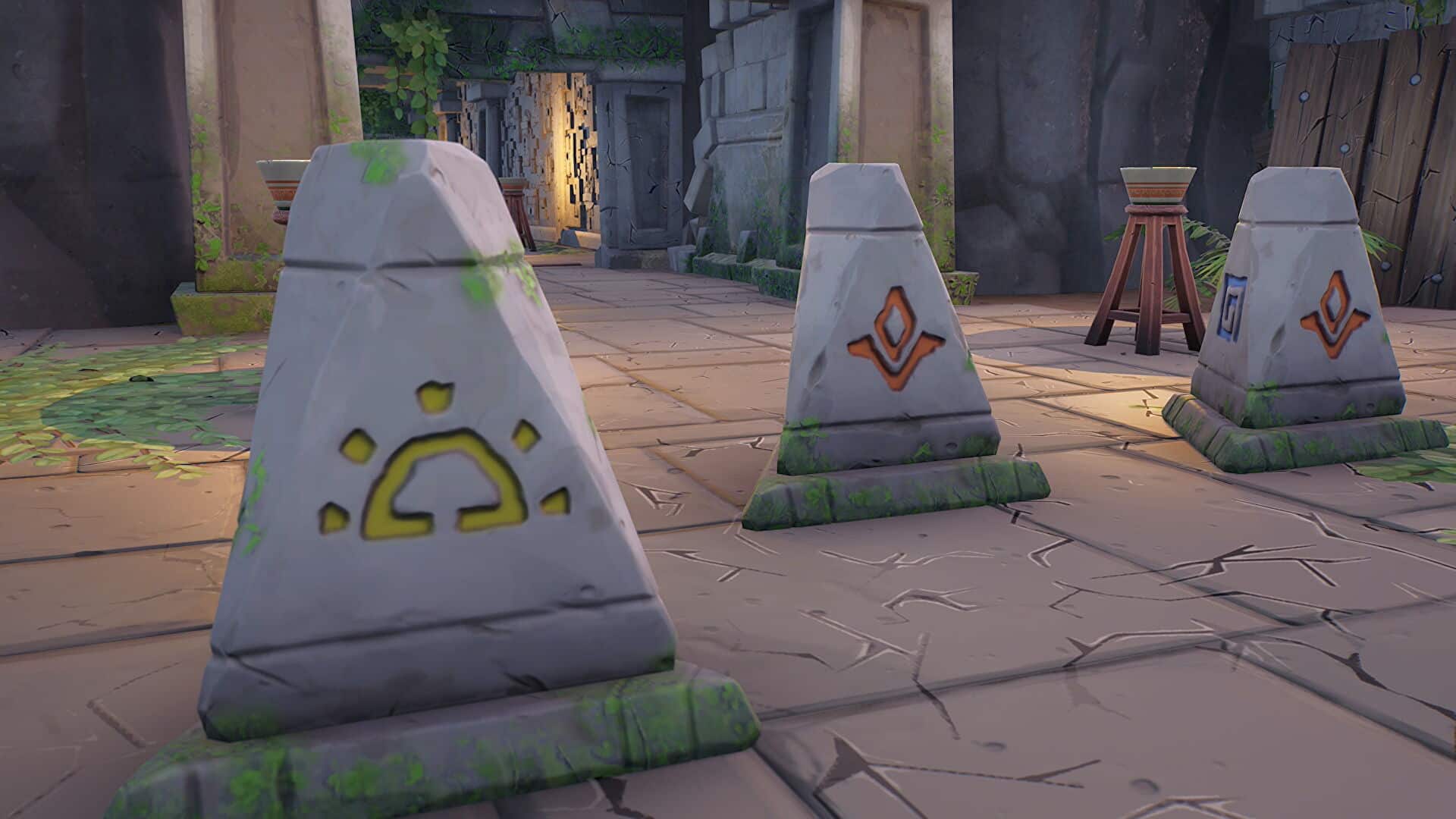 While you’ll have to adjust which you find depending on which are displayed. The map can be a bit tricky too since the actual POI isn’t shown! Since the runes change and the map doesn’t show the actual POI, it’s tricky to show where you need to go. Most of the runes you’re looking for are either on the floor or on mounds of rubble on the ground.

Once you’ve found all the runes, you can turn the runes around the main temple to solve the puzzle. The main chamber will then open up, and you can complete the challenge!

That’s all you’ll need to do to get access to all the Indiana Jones skins! The last puzzle can be a tricky one, but you’re rewarded with two more exclusive Battle Pass skins.