Learn the strategies you should use to reach Champion Division in our Arena Mode guide!

Fortnite’s Arena Mode offers players the chance to familiarize themselves with the chaos of competitive matches. This playlist is also helpful to anyone looking to understand the complexities of high-level Fortnite. Although the games certainly are not always hectic, Arena Mode is open to players of any skill level. Some crucial differences between casual and arena playlists include moving zones, Siphon, Storm Surge and a material limit. These are all critical factors to understand before beginning your run to the elusive Champion Division.

Reaching Arena Mode’s highest rank grants players access to tournaments like Cash Cups and Fortnite Champion Series (FNCS) events. While realistically, anyone can break into the Champion Division, some effective methods can facilitate the process. Consistently progressing through the various divisions will take time and undoubtedly some trial and error. Those who want to learn more about Arena Mode should refer to our recent Arena Mode guide, where we explained everything a person might need to know. Now, we are going to provide some information on how players can efficiently reach the Champion Division.

Fortnite players typically fit into one of two categories; passive or aggressive. The former is more common for those who avoid fighting until necessary. Passive players tend to land at unnamed points of interest (POIs) and then loot to prepare for late-game. This strategy will get you to the Champion Divison, but it’s a slow process. Since eliminations yield points, passive players are forgoing those in favor of mainly placement points.

This approach to Fortnite is especially beneficial to those new to Arena Mode. It can be intimidating to fight higher-skilled players every game, so a placement-focused strategy makes more sense. Aggressive players, on the other hand, have no fear of losing a fight or falling early. Instead, they’ll land at a populated POI, gather loot quickly and fight everyone they see. Fighting early and often grants plenty of elimination points, making this a quicker but more risky path to the Champion Division.

Landing spots dictate comfortability when playing competitive Fortnite. Selecting a place that you are not familiar with can often lead to chest and loot spawn confusion. Therefore, landing where you are comfortable is a critical factor in Arena Mode. Passive players should steer clear of densely populated POIs like Misty Meadows and Lazy Lake to reiterate a point earlier. Those two spots can see heavy traffic, limiting the number of points you can collect in each match.

Some underrated locations in Arena Mode include Camp Cod and Flush Factory. Players landing in these two areas will find plenty of weapons and shields. Fortnite w-keyers tend to hot drop or land at busy locations to maximize both elimination and style points. Either way, finding a worthwhile POI is critical on the road to the Champion Division regardless of playstyle. 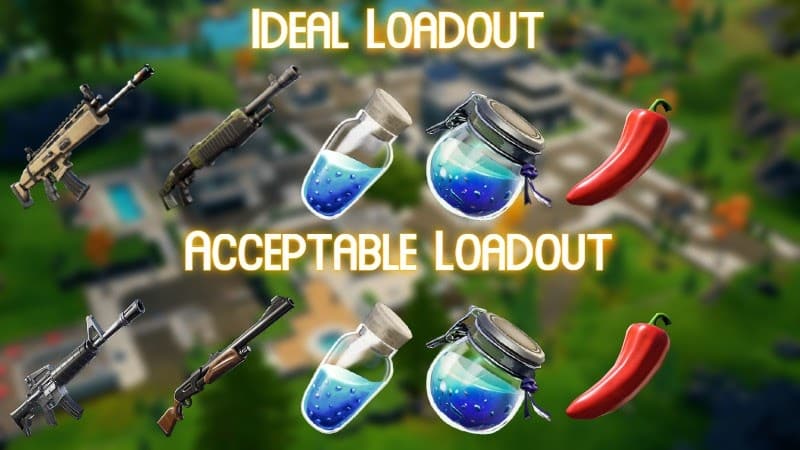 Almost nothing is more important in competitive Fortnite than having an ideal loadout or inventory. Possessing a Common Makeshift Shotgun and Bandages are not conducive to successful endeavors in Arena Mode. Chapter 2 - Season 6 introduced the crafting mechanic into Battle Royale mode, allowing players to manufacture better weapons with Animal Bones and Mechanical Parts. Serviceable weapons and healing items should be the basis of your loadout. Each passing season generally dictates which guns and items are worth carrying since the loot pool always changes.

Also Read: FNCS Champion Andilex Wants out of his Contract with Team MCES

Weapon choice comes down to preference. Some players prefer Pump Shotguns over more rapid-fire options, and that same thought process applies to all weapons and items in Battle Royale. In general, a good Arena Mode loadout would include a Rare Assault Rifle, Rare Pump Shotgun, Mini Shield Potions, Regular Shield Potions and some form of mobility like Peppers or Spicy Fish for faster movement. Those items cover your entire inventory and all of the necessities that come along with high-level gameplay. Experimenting and finding comfort with certain weapons are the best ways to further your Arena Mode awareness and knowledge. 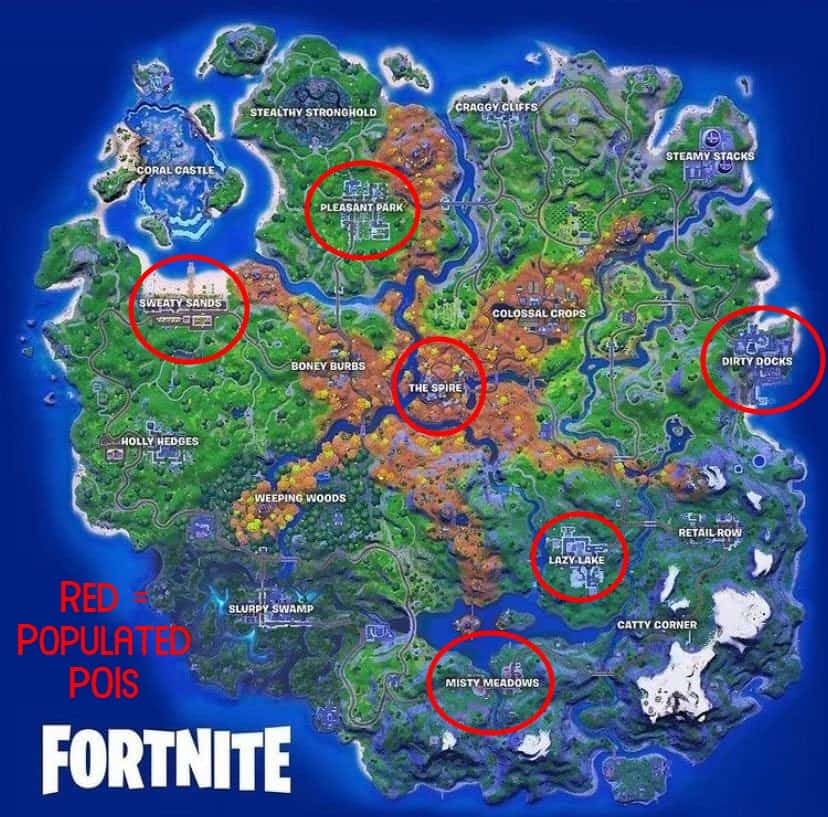 Fortnite’s map is constantly changing, albeit far less than before Chapter 2. The basic POIs that more passive players should avoid are Misty Meadows, Lazy Lake, Dirty Docks, Pleasant Park and Slurp Swamp. These five spots are mainstays in Chapter 2 and garner the most traffic from season to season. Most of the other labeled locations are not as popular, but the Battle Bus path often commands where players land in Arena Mode. All bets are off with aggressive players who want to land with the entire lobby and eliminate everyone.

Early rotations in Fortnite are relatively simple, especially if the first circle is in your favor. If it’s not, you may have to cut your loot path short and rotate to the zone early. Staying ahead of the storm is arguably the most crucial aspect of understanding Fortnite’s landscape and rotations. Storm damage becomes a nuisance after the second circle closes, so examining the map for potential encounters and avoiding those at all costs would greatly benefit a passive player. Late-game situations can be stressful when moving zones come into play.

Remember that staying ahead of the storm and covering yourself from enemy fire with metal and brick structures will earn you those crucial top-five placement points and perhaps the Victory Royale. Enemies on the map tend to focus their fire on players in the storm, so make sure you are protecting yourself at all times and searching for the right moment to rotate.

Also Read: Team Liquid Down to Only Three Pro Players

Play to your Strengths

There is no correct or incorrect way to approach Arena Mode for beginners or seasoned veterans. Some players are less comfortable fighting, whereas others embrace the chaos and showcase their building abilities and flashy edits. Not one Fortnite player begins their Arena Mode journey without adversity. It’s essential to keep a level head and simply move on if someone makes a better play than you. Stick to what you know and what is comfortable.

Those are the best options for Fortnite players on their path to the Champion Division. For a breakdown of what Arena Mode entails, refer to our informational guide. Now, you have all the tools you might need to find success.