Fortnite: How To Get Slone’s Mythic Burst Assault Rifle In Chapter 2 – Season 8 Learn where to find Slone’s Mythic Burst Assault Rifle and how to obtain it in Fortnite Season 8.

Mythic weapons have returned to Fortnite Battle Royale in Season 8. We’ve seen many items with this rarity over the years, including the Mythic Marvel superpowers, Charge Shotgun, Shockwave Launcher and many more. These are typically more challenging to acquire but well worth the risk since they give players an advantage over the entire lobby.

Fortnite Chapter 2 – Season 8 marked the return of the game’s rendition of a Burst Assault Rifle. The somewhat polarizing weapon last appeared in Chapter 2 – Season 5, and it’s back three seasons later with a Mythic variant held by last season’s antagonist — Slone.

Today, we’ll walk you through finding the Mythic Burst Assault Rifle in Season 8 and some tips you might want to consider when going to collect it.

Where to Find the Mythic Burst Assault Rifle

Slone can be found near Dirty Docks, located on the island’s east coast, as shown on the map above. She roams an area north of the Compact Cars landmark alongside some of her IO Guard friends. As usual, it’s a tall task for any player to acquire the Mythic Burst Assault Rifle — especially in solos. However, we have some tips that might help you along the way.

Tips & Tricks to get Slone’s Weapon 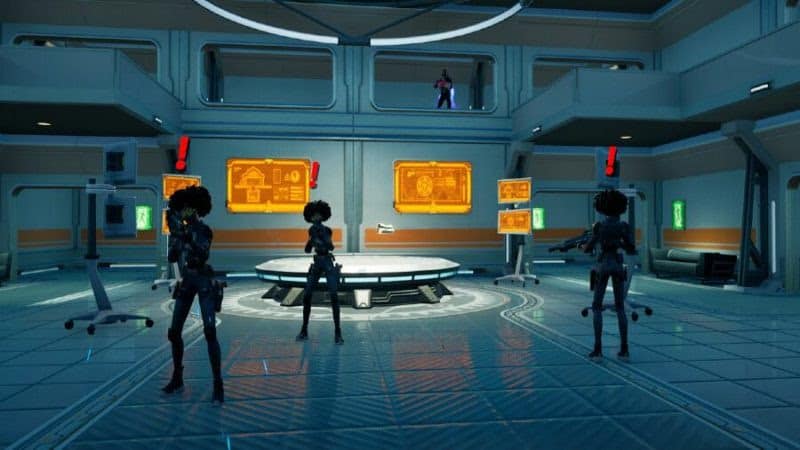 The Season 7 antagonist is an aggressive NPC and will attack anyone unprovoked. Like last season, Slone still clones herself, making it more challenging to find the correct NPC and eliminate her. Her IO Guard associates don’t make it any easier, either. Add on the heavy traffic heading in this direction, and it’s a tall mountain to climb.

A wise option might be to land at Compact Cars, loot up and gather some materials. Make sure you are scouting the location to see if any of your opponents have the same idea. Pick off the lobby fillers that head in Slone’s direction. It’s important to gather materials to protect yourself from Slone and perhaps even grenades. The best way to approach Slone is with grenades since you can simultaneously damage her clones and the IO Guards.

Obtaining the Mythic Burst Assault Rifle will undoubtedly require some trial and error. The weapon is powerful, and you won’t be the only one looking to add it to your inventory. Proceed with caution, be aware of your surrounding and make sure you have healing items and materials. Eventually, you’ll eliminate Slone and get your hands on one of Season 8’s best weapons.