Find out who’s heading to the FNCS Chapter 2 - Season 5 Finals.

The stage is set for a $3M USD Fortnite Champion Series (FNCS) finalè. This journey began three months ago in early-December, where trios across seven worldwide regions started forming, building chemistry and learning the ins and outs of Fortnite Chapter 2 - Season 5. Epic Games deployed the same general format for the seventh installment of the FNCS. Teams had three weeks to secure a top-ten finish in one of three qualifiers or enough series points to reach the semi-finals. A total of 132 trios earned that right in each region, and it would take a top-eight performance to advance to the FNCS Grand Finals.

It was quite a weekend of action. Some teams sealed their fate, others went home empty-handed and a select few had to endure the ever-important Reboot Round. There’s a lot to recap, so let’s see which trios from each region are moving on to the star-studded conclusion. 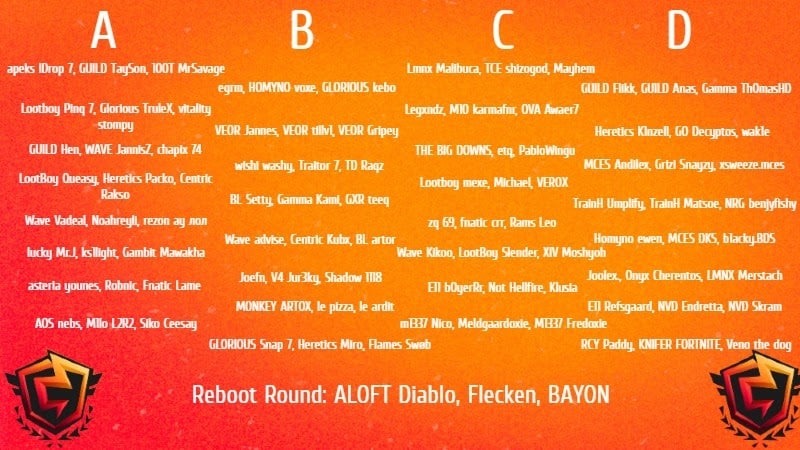 As usual, the European region did not disappoint in an FNCS event. Heat A saw IDrop, TaySon and MrSavage win convincingly, despite having to fight consistently off their spawn. Their presence in the Grand Finals means that TaySon could complete three straight FNCS victories while MrSavage and IDrop seek their first.

Heat D provided quite possibly the most impressive performance when top trio GUILD Anas, GUILD Flikk and Gamma Th0masHD annihilated their competition. They managed 256 points, including 68 eliminations and two Victory Royales. It was an all-time effort, and they’ll join a lineup of dangerous adversaries next weekend for the conclusion of the FNCS. 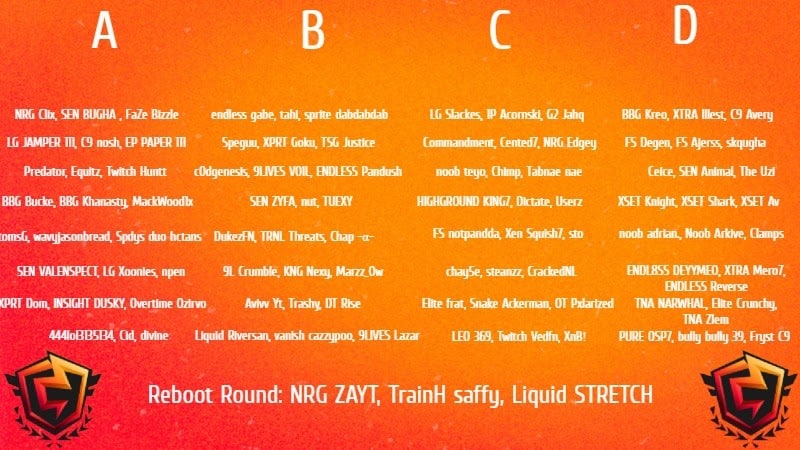 NA East delivered in the semifinals with three familiar teams atop each heat’s leaderboard. In Heat A, Bugha, Clix and Bizzle unsurprisingly coasted their way to victory to the tune of 163 points. Later in Heat B, gabe, tahi and sprite one-upped the Heat A winners with 193 points. The train kept rolling in Heat C, as top trio Slackes, Acorn and Jahq earned 279 points across their six matches.

Heat C concluded with BBG Kreo, XTRA illest and C9 Avery in front with 178 points. Defending NA East Champions - Reverse2k, Deyy and Mero - will have a chance to repeat in the Grand Finals. Zayt, Saf and Stretch did not reach top-eight in their heat but won the Reboot Round in emphatic fashion, securing them to the final spot in next weekend’s finalè. Thankfully, NA East is heading for an outstanding finish to Season 5. NA West’s top dogs brought the heat in the FNCS Semi-Finals, which saw several of the region’s top teams qualify for the Grand Finals. That list includes defending champions 100T Arkhram, 100T rehx and NRG EpikWhale, who finished second in Heat B. They ultimately fell short of first to CLG symetrical, TD Dawg and NorCal Zinqxz by a whopping 65 points. Although a massive feat, the FNCS Finals will determine the best NA West trio of Season 5. TRNL UnionFoo8, ZH22 Jeffers and dardis walked away with the Reboot Round victory. 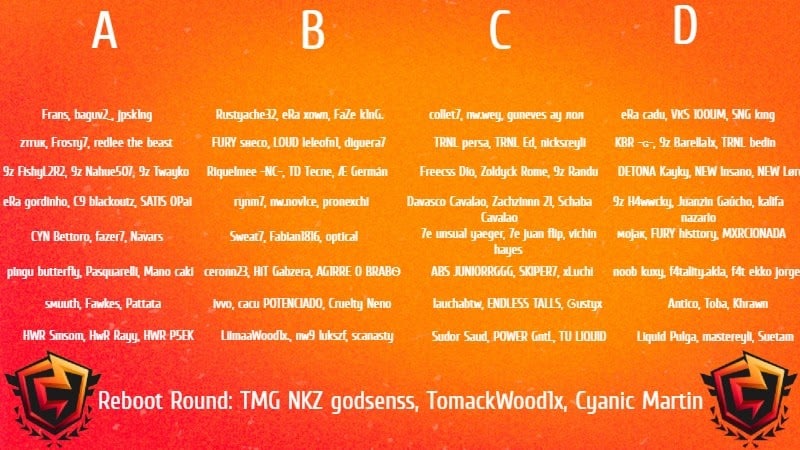 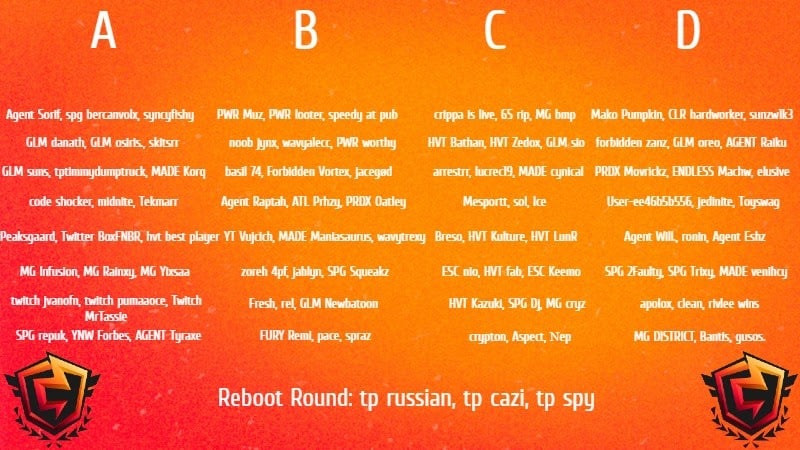 The outstanding team of PWR Muz, PWR looter and speedy put forth the most impressive showing in Heat B of the Oceania region. They racked up 229 points against some other standout teams. One of those was Jynx, alecc and worthy, who won FNCS Chapter 2 - Season 5. Despite Oceania being one of the lesser-appreciated regions, there are many talented teams in contention to round out the competition. 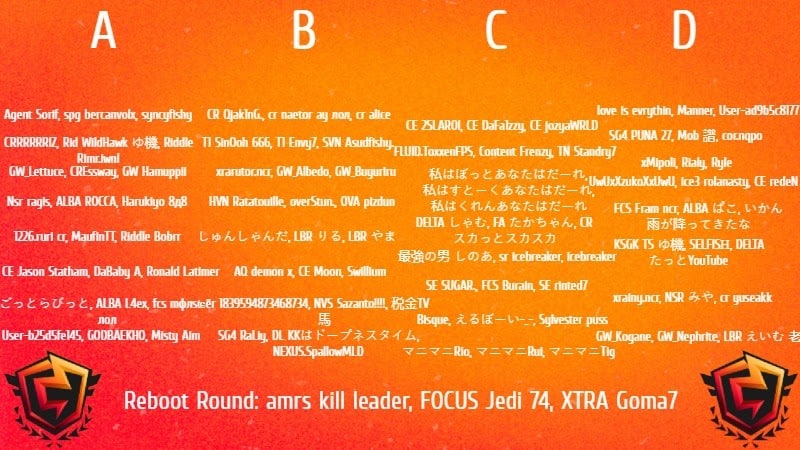 Last season’s trio winners Qjac, naetor found the winner’s circle in Heat B with teammate alice. They did so in a dominant fashion, with 241 points and two Victory Royales. There’s a lot to like from this team as they look to win their first collective FNCS Championship. However, there’s a steep mountain to climb in the Asian region. 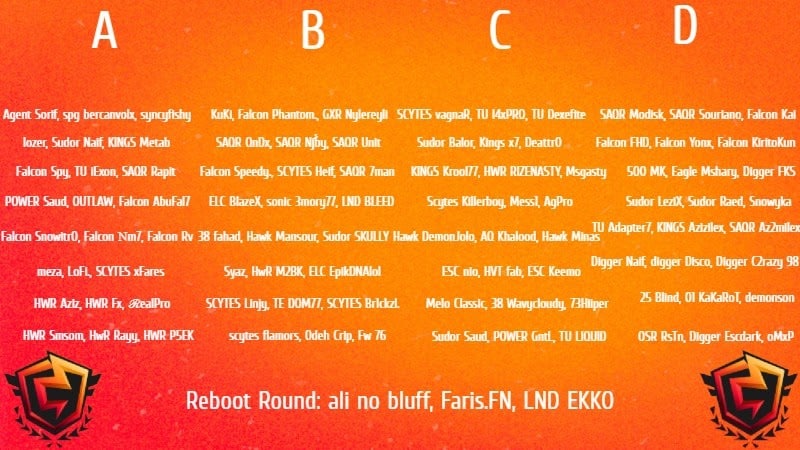 The Middle East’s best teams did not coast through the semifinals by any stretch of the imagination. All four heat winners are at the top of this region consistently. Especially KuKi, Falcon Phantom and GXR Nyle, who formed after the last FNCS concluded. KuKi and Phantom finished in Season 4 and are looking in top shape heading into the Grand Finals. Souriano claimed Heat D with Modisk and Kai after missing out on Chapter 2 - Season 4 Finals.