Fortnite: EpikWhale Explains his Switch from Keyboard and Mouse to Controller 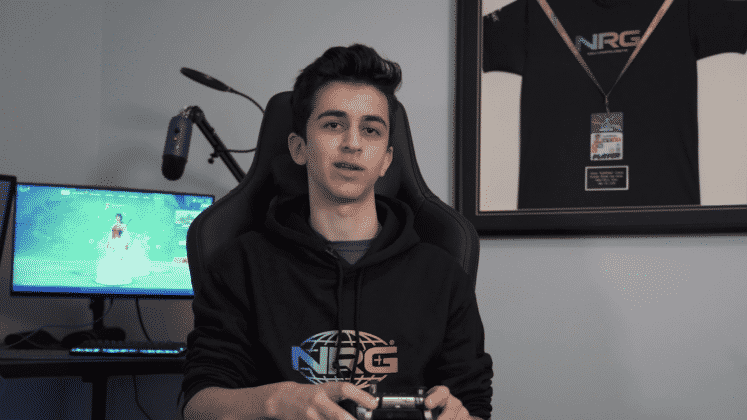 The Fortnite World Cup contender explains his switch to a controller.

Shane “EpikWhale” Cotton is a professional Fortnite player who competes under the NRG banner. Most will recognize him as one of the best all-around players in the world. He plays primarily out of the NA West region; which often slots in at third on the popularity list behind NA East and NA West. To date, EpikWhale’s most significant accomplishment was a third-place finish at the Fortnite World Cup back in July of 2019. From that point on, he has remained at the top of the Solo Cash Cup and Fortnite Champion Series leaderboards. EpikWhale rose to elite status as a keyboard and mouse player but recently made a somewhat surprising switch to a full-time controller player. The 17-year-old detailed his decision in an NRG YouTube video.

EpikWhale Switches from KBM to Controller

After years upon years of success with a keyboard and mouse, it was strange to see EpikWhale commit to a change. He reached unforeseen heights with a standard PC setup, but soon realized the full potential of controllers. “Recently, I just decided to try to learn controller so that I can just use it to get good AR beams on people,” said the NA West player.

Controller players possess the ability to inflict massive damage with assault rifles from outrageous distances. “I haven’t really played controller on Fortnite too much,” he continued, “it’s definitely better in some situations.” With the amount of talent he possesses, it’s not surprising to see EpikWhale flourish so quickly with a controller. The Fortnite World Cup third-place finisher’s aim translated nicely, but he needed to work on his building technique after moving over to a controller. EpikWhale uses an Xbox Elite Series 2 controller on Legacy settings with two paddles on the left side and also uses the claw method for gripping the controller.

One of the notable takeaways from EpikWhale’s video was his inspiration actually to commit to a controller. “I was focused on who places competitively so like Unknown, wavyjacob and Thomuss,” said EpikWhale, who often competes against the last two names in NA West. He believes that a controller player can win an event like a Fortnite World Cup due to the passive play style for points and the importance of assault rifle aim. The NRG superstar acknowledges the drawbacks of playing on a controller, but the results simply do not lie. Breso of Oceania won the AO Summer Smash 2020 on controller. The previously mentioned Unknown, wavyjacob and Thomuss are all controller players who have, at times, dominated Solo Cash Cups and other tournaments like the Winter Royale. EpikWhale merely is looking to add his name to the growing list of accomplished controller players.

The Power of a Controller

It should surprise no one to hear that controller players, in general, often receive heavy criticism. A lot of keyboard and mouse players, including Twitch personality and pro player Turner “Tfue” Tenney, have outright stated that controllers are far too powerful. This belief of absurd power comes in the form of the L2 spam; made famous by controller players such as Dominick “Unknown” Green. The general gist is that L2 spam increases the controller player’s chances of hitting a headshot. Thus giving their opponent no opportunity to retaliate. Although Legacy controls are often the spark of the controversial topic, Epic Games recently announced that they would remove the setting.

That was a week ago and it still remains in Fortnite. Regardless, both Linear and Exponential settings grant players access to aim assist, which is the root of this debate.

Duo FNCS and Future for EpikWhale

The two-time FNCS finalist is back again for his third stint in the competition. This time, he will continue alongside Rehx of 100 Thieves, and these two are an impressive pair. EpikWhale and Rehx took third-place in the FNCS warmup — and are amongst the favorites to win the entire competition for NA West. Now, armed with a controller, EpikWhale is on a mission to show just how powerful it can be in the right hands. We may start to see even more considering that Solo Fortnite World Cup Champion, Kyle “Bugha” Giersdorf recently began practicing with a controller. It’s worth asking what sort of trend EpikWhale ignited and how quickly it will escalate.