Default skins from Fortnite Chapter 1 might be returning soon!

Fortnite: Battle Royale changed forever in October of 2019 when the groundbreaking 'The End' event ushered in a new chapter of Fortnite. Chapter 2 reimagined Fornite completely, introducing new points of interest (POIs), weapons, items and game mechanics that we had never seen before. It was a breath of fresh air for some Fortnite fans, whereas others did not accept it with open arms. Pockets of both casual and competitive players often catch themselves in a haze of nostalgia, looking back on Chapter 1. It currently exists as a distant memory after the immense impact the game made in its heyday.

Fortnite Chapter 2 changed a lot of what Chapter 1 players grew to love, including classic locations, weekly updates and much more. Default player skins became a topic of conversation with the new chapter of Fortnite. The default skins that many enjoyed in Chapter 1 vanished without a trace and seemingly no acknowledgment from Epic Games. The developers could be planning to resurrect the old default skins based on a curious Twitter conversation.

Default Skins to Return in the Future?

The official Fortnite Twitter account promoted a blog post earlier today, which detailed the Battle Royale's upcoming launch into the next generation of console gaming. One of the key takeaways from this post was Fortnite's original pickaxe re-release from Chapter 1. But it turns out, that might not be all. Fortnite's Twitter account responded to graphic artist LeBroller after he mentioned the potential return of Chapter 1 default skins. "Soon," answered Fortnite's Twitter account. Fortnite fans exploded with excitement under the tweet as the iconic Battle Royale inches closer to its roots.

What Else Could Epic Bring Back? 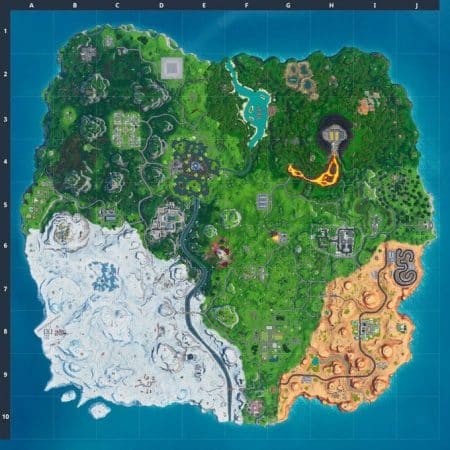 We already know that the developers are offering the original default pickaxe from Chapter 1 to PlayStation players. Now, default cosmetics might return as well. What could be next? Many theories are floating around Reddit and other social media channels that Epic Games might resurrect Fortnite's Chapter 1 map. These recent developments would fit nicely into that mold. Fortnite loyalists also regularly campaign for classic skins to return. The Purple Skull Trooper, Black Knight, Reaper, Aerial Assault Trooper and multiple others are rare nowadays. Perhaps Epic Games has something up their sleeves to that effect. There's no telling what they will come up with next.