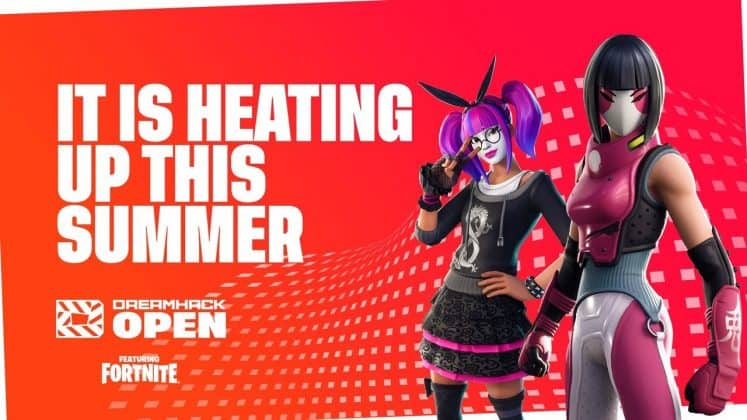 Prepare yourselves for another round of Fortnite events under the DreamHack helm.

Competitive Fortnite is heating up ahead of Chapter 2 - Season 7, the game’s newest massive update. Epic Games outlined what players should expect through August in a recent blog post,  including the upcoming Fortnite Champion Series (FNCS) trios event and the inaugural FNCS All-Star Showdown. Additionally, Fortnite’s long-running partnership with DreamHack continues through the summer season with the Cash Cup Extra and Open events with a lot of money on the line.

Today, ESTNN looks at the months ahead for both competitions and provides valuable details for those interested in playing.

DreamHack’s Cash Cup Extra tournament began in Season 6. It offered players an added incentive to perform well in Fortnite’s weekly Trio Cash Cup tournaments. Teams that finished inside the top-132 earned the right to compete for a prize pool separate from the weekly Trio Cash Cups. The event received a generally positive reception and will continue into the summer.

The same notion applies to the DreamHack Open, which sports a higher prize pool and, like the Cash Cup Extra occurs on European and NA East servers. However, this particular competition swaps out trios for duos. Many top players have found success in DreamHack’s tournaments, and more will have the opportunity through August. Let’s take a look at the schedule and dates for each DreamHack event.

DreamHack recently pledged $900K USD to its future Fortnite tournaments through at least the fall of 2021. The exact prize distribution has not come to light yet, but we expect to see more details over the next few weeks.

Thanks for a great month of May as we had over 1,000,000 players register for DreamHack Open ft. Fortnite!

As previously stated, qualifying for the Cash Cup Extra requires a top-132 placement in that week's Trio Cash Cup. The DreamHack Open is just that, a tournament open to any and everyone who wants to partake. Participation merely asks players to open Fortnite and queue in during one of the heats listed above with a duo partner. Teams that place inside a predetermined threshold will gain access into the semi-finals and then the finals.

DreamHack saw over 1 million players register for the Open tournament in May. Fortnite fans should expect the same during a brand new season with thousands more on the line in cash.

Stay tuned to ESTNN for more information about DreamHack’s Fortnite tournaments and more!