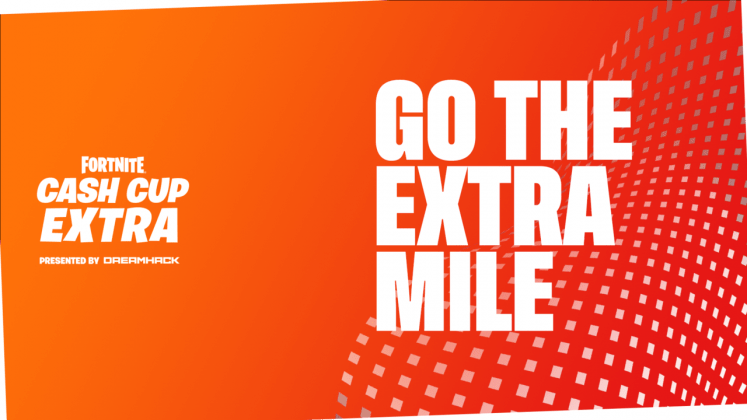 Competitive Fortnite knows no breaks. One day after wrapping up the Fortnite Champion Series (FNCS) Season 8 Finals, teams returned to the Island for another round of Trio Cash Cups. The stakes changed quite significantly this time around upon the announcement of a Cash Cup Extra format change. Instead of the top 132 teams, DreamHack reduced qualifying spots to 33. That meant teams needed to put forth even more effort.

After said and done, the top 33 Trio Cash Cup teams secured a spot in the Cash Cup Extra. Some notable names, including FNCS Season 8 Champions Kami, Setty and teeq and Bugha, Muz and Mero in the mix for a share of more than $30K USD. Let’s see how the European and NA East region played out in the first post-FNCS Cash Cup Extra.

The European region went insane as several top teams hovered atop the leaderboard throughout the day. However, after winning game one, zeykoo, Esty and Slovay kept their foot on the gas and hung on to win. It was an admirable performance from The Orchard team, who finished with the most eliminations at 39 and the highest average placement of 4.17. Zeykoo, Esty and Slovay would not be denied. They executed a brilliantly consistent game plan and found themselves in the winner's circle after a 13th place result in their last Cash Cup Extra outing.

Twenty-four hours removed from their impressive FNCS Season 8 triumph, the Polish trio returned to work intending to find more success. Kami, Setty and teeq do not believe in time off, and instead jumped back into Trio Cash Cups and qualifying for the Cash Cup Extra. They rode the FNCS victory momentum into a 436-point performance, including two Victory Royales and 32 eliminations. Kami’s squad rounded out the tournament with a win in game six, but one 20th place prevented them from winning. Nonetheless, the three Polish players are the world’s best and can succeed with any format and play style.

Queasy, Anas and Th0masHD continued their outstanding play in Season 8 with another impressive placement. This time out, the former Cash Cup Extra winners collected a Victory Royale and 27 eliminations en route to 412 points. It was a solid follow-up to their eighth-place finish in the Season 8 Finals. Queasy, Anas and Th0masHD are an outstanding trio and have proven their abilities in every tournament thus far, especially the Cash Cup Extra.

Fresh off their fifth-place finish at the Season 8 Finals, the trio of crxspy, Death and tetro clutched out a narrow victory. The scores were much closer in EU, but they did just enough, earning 371 points across six matches. Crxspy, Death and tetro managed 31 eliminations and an average placement of 9.83. It was an admirable effort out of a team that is red hot right now heading into the Grand Royale.

Another team that is trending nicely is that of Bucke, MackWood and Peterbot. They led the Season 8 Finals early with a Victory Royale before eventually sliding down the leaderboard. The three players qualified for the Cash Cup Extra and utilized the opportunity. Bucke’s team finished with 368 points—just under one elimination behind first. It’s clear Bucke, MackWood and Peterbot aren’t going anywhere.

That concludes our coverage of this week’s Cash Cup Extra Presented by DreamHack. The competition returns in 28 days, so be sure to check back for more on the next installment and Grand Royale updates!