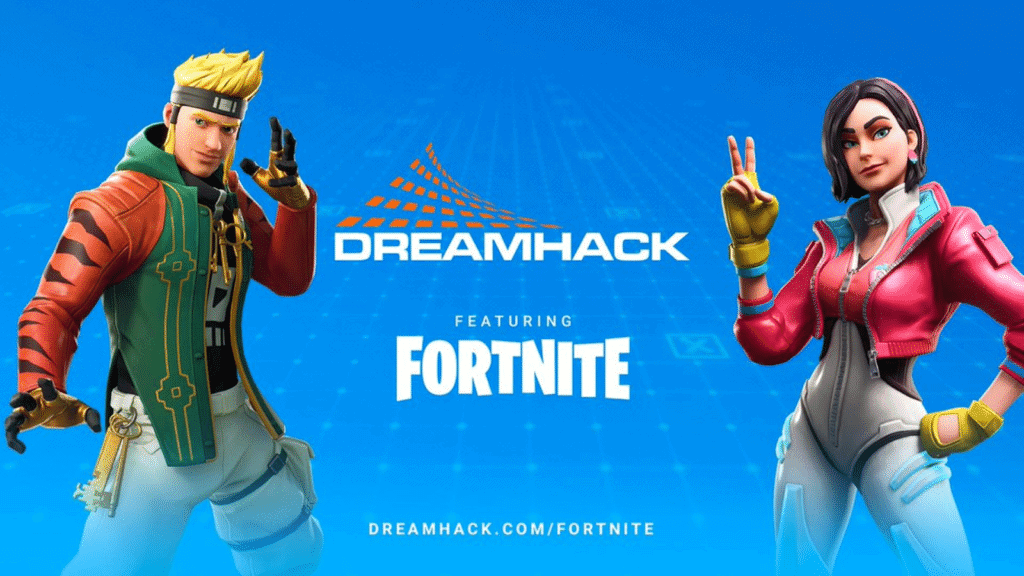 DreamHack is jumping back into the Fortnite atmosphere with its second Fortnite Open in just over two months. This time around, DreamHack is making the journey into North America to the Anaheim Convention Center. From February 21st to the 23rd, Fortnite players of varying skill levels will fill the venue with hopes of walking away with some money. Similar to the DreamHack Winter 2019 Fortnite Open in late-November, there is a $250K USD prize pool up for grabs. DreamHack came out recently with details regarding the rules and format of the upcoming tournament.

This time around, the DreamHack team is revamping the format that they used previously at the DreamHack Winter event. That tournament featured three heats with varying amounts of players per heat. Advancement into the second stage occurred for the top 200 players in each of the preliminary heats. The DreamHack event also saw 600 players move on to the Grand Final Qualifying Round.

DreamHack Anaheim will feature a Blue and Yellow Heat occurring respectively on Friday from 4 PM to 7 PM and Saturday from 11 AM to 2 PM. The top 400 players from the first two heats will advance to the Grand Final Qualifying Round. 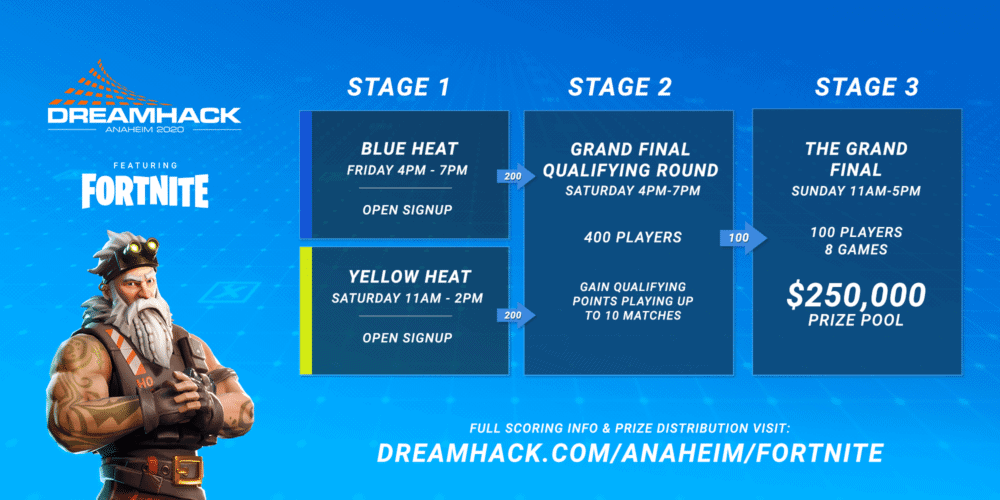 DreamHack Anaheim’s point system mirrors the same that we saw at DreamHack Winter. Competitors will earn 5 points per eliminations and one placement point per eliminated player starting when 50 players remain. The most placement points that a player can receive in any given match is 60 with a Victory Royale.

DreamHack’s continued involvement in Fortnite is a positive sign for the esports scene. With so few LAN events to go around, Fortnite needs regular events that players can travel to and compete. The DreamHack Winter 2019 tournament produced some questionable tactics by competitors (https://estnn.com/benjyfishy-catches-cheaters-red-handed-at-250k-usd-dreamhack-winter-event/), but overall it was a positive experience where European and North American players could showcase their skills.

One of the negatives about the event was the lack of casters and a dedicated stream. The viewing experience lacked a certain flair considering that the only points of view available were from players who decided to stream the event. This situation, unfortunately, caused viewers to miss many of the pulse-pounding end games that are a staple in competitive Fortnite.

Let’s hope that DreamHack works out a dedicated stream and casters for the Fortnite event for the benefit of viewers at home. It will also be interesting to see who from the professional scene will show up to compete. Will we see Benjy “benjyfishy” Fish and Kyle “Bugha” Giersdorf in attendance? Stay tuned to ESTNN to find out.