Today, rumors in the Fortnite Battle Royale scene point toward the possible return of a beloved point of interest (POI) from Chapter 1.

Tilted Towers is a location that people instantly associate with Fortnite whether or not they have ever played the game. It’s unquestionably the most infamous drop spot in the game’s four-year history. The chaos awaiting players in Tilted Towers helped carry Fortnite to the promised land.

Unfortunately, Tilted Towers has not returned in its original appearance since Fortnite transitioned into Chapter 2. While players did get Salty Towers in Chapter 2 - Season 5—it was merely a tease to what most players desperately want to see. However, a recent blog post from Epic Games features an unmistakable Tilted Towers in Chapter 2 - Season 8. The ultimate question is; could the iconic location return this season? 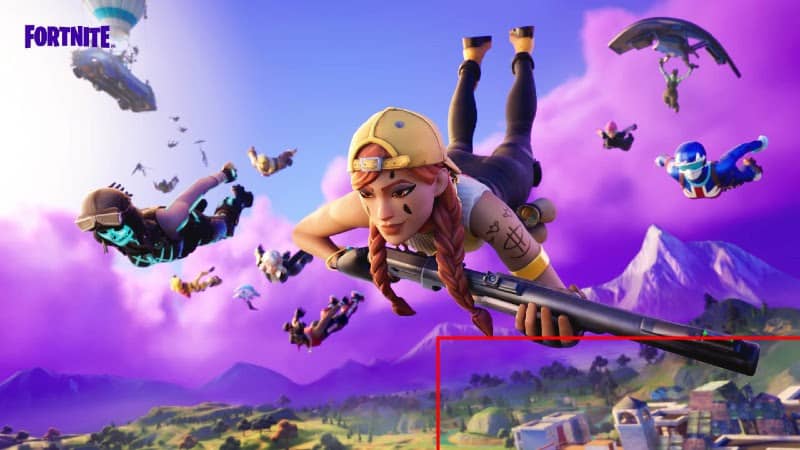 Epic released a blog post earlier today, informing Fortnite players that the fan-favorite Late Game game mode would return on October 5. As you can see in the image above, the lower-right corner depicts an unmistakable Tilted Towers. We can identify the Clock Tower and some surrounding buildings. Naturally, rumblings began in the Fortnite community. Some players are theorizing that this is another iteration of the OG point of interest.

A screenshot is not much to go on, but it’s at least plausible that some version of Tilted could return this season. With the number of colored cubes on the map, there’s no telling what could change about the Season 8 map. Most are holding out hope that Epic introduces another popular POI as a nod to the glory days of Fortnite.

We’ll ultimately have to wait and see what Epic has in store as Season 8 continues.