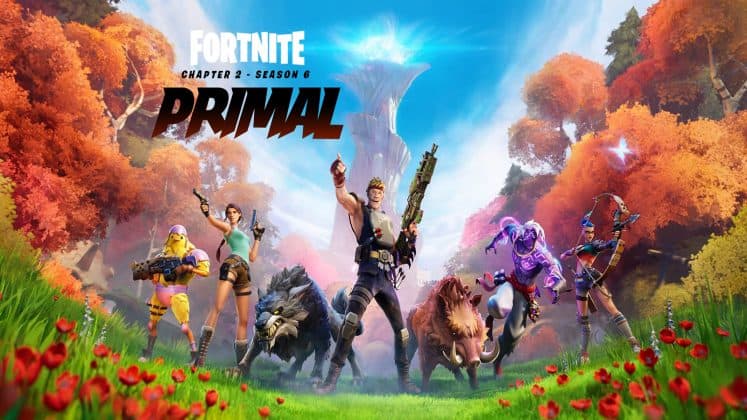 It’s finally time for another seasonal installment to Fortnite Battle Royale. Chapter 2 – Season 5 featured an assortment of new mechanics, locations and much more that made it feel like the Fortnite of old in some respects. However, it’s time to move on once again after over three months in the Zero Point era.

Chapter 2 – Season 6 is shaping up similar to Season 5 in terms of its unique factor. Some of the exciting new features include tamable wolves, chickens, frogs and boars, craftable items, new NPC features and a slew of fresh weapon possibilities. Let’s dive into Chapter 2 – Season 6 to see what Epic Games has to offer.

The Season 6 trailer depicted Jonesy in a predicament with an increasingly unstable Zero Point. Several guest characters from Season 5 appeared, including Sarah Connor, the Terminator, Ellen Ripley, the Xenomorph, Predator and some familiar Fortnite friends. Jonsey’s solution for the Zero Point crisis led him to throw a Rift at the unstable object, which caused a newly revealed member of The Seven to crash land. The Foundation emerges and agrees to assist Jonesy in containing the Zero Point after a brief scuffle. In exchange, Jonesy will help The Foundation locate “Genõ and the sisters.” 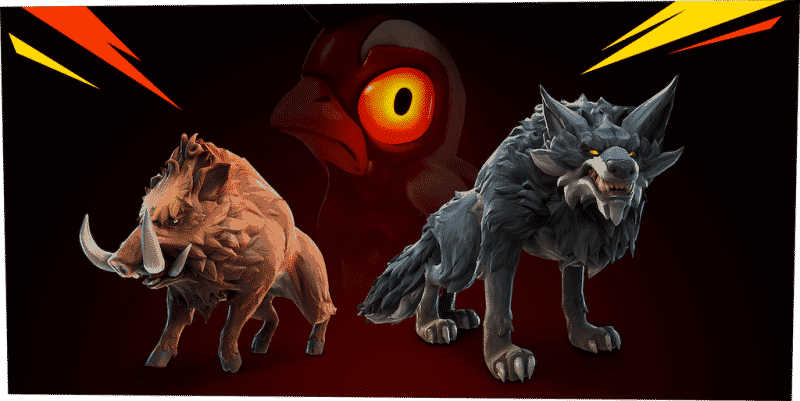 Wolves, Boars and Chickens are now in Fortnite as tamable animals. While the exact method of taming them is unclear right now, here is an excerpt from this season’s overview:

“Hunt or tame wildlife to not only live off the land but to gather materials for crafting. And though wolves may roam, the most fearsome predators have yet to hatch…”

Using supplies and crafting is one of the most significant changes this season. It fits well with the plot point that Fortnite is now devoid of advanced technology. Now, collecting loot from chests, cars and wildlife will allow players to craft “high-damage” primal weapons, like the Primal Rifle, Revolver, and new Flame and Metal Bows. The crafting menu is available in the inventory to create different weapon combinations and even upgrade. 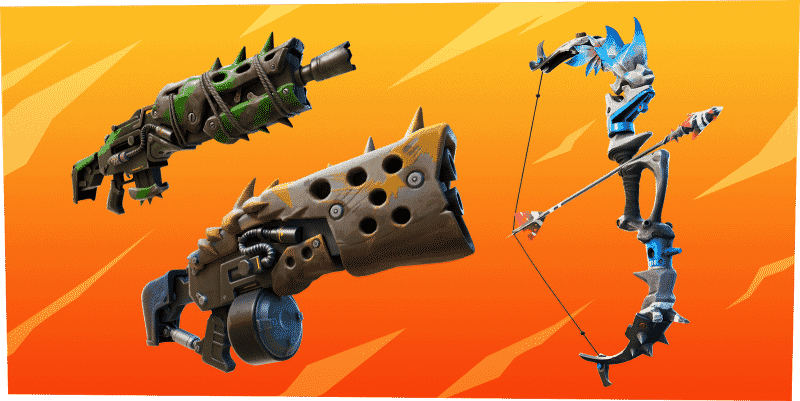 Season 6 offers perhaps the most diverse loot pool that Fortnite has seen in a long time. There are many new weapons in play, many of which presumably require crafting in some sense. Chickens also exist as a tamable animal and form of transportation. New Floppers like the Stink Fish and Cuddle Fish are in play. The majority of Fortnite fans can rejoice as the Pump Shotgun has returned this season.

The list of vaulted items is rather extensive, including Snipers, various Shotguns and even Pistols. Refer below for the current list as it stands.

Season 6 brought some brand new locations for players to familiarize themselves. While we haven’t had the chance to explore any of these, it’s refreshing to see a map change with new places to discover and learn.  Here is a complete list of this season’s new POIs:

Check back here for more updates as we discover new features and changes in Fortnite Chapter 2 – Season 6!