We are hoping for a big splash of changes in Fortnite Chapter 2 Season 3.

Fortnite Chapter 2 Season 3 is rapidly approaching despite several delays leading up to its release.

Although the fan base has dwindled a bit, millions of players load into the popular Battle Royale title every day with hopes of earning a Victory Royale or having fun with friends. Each new season of Fortnite typically spawns theories, leaks, excitement, nervousness and curiosity all in one. We’ve seen some monumental events in the past. This time around, an event dubbed “The Device” will change the current map for better or worse.

But what exactly will change with this new season? Will we see new items, weapons or vehicles? Could some memorable skins make their triumphant return? Let’s take a look as we discuss our Fortnite Chapter 2 Season 3 wishlist in preparation for the new season. 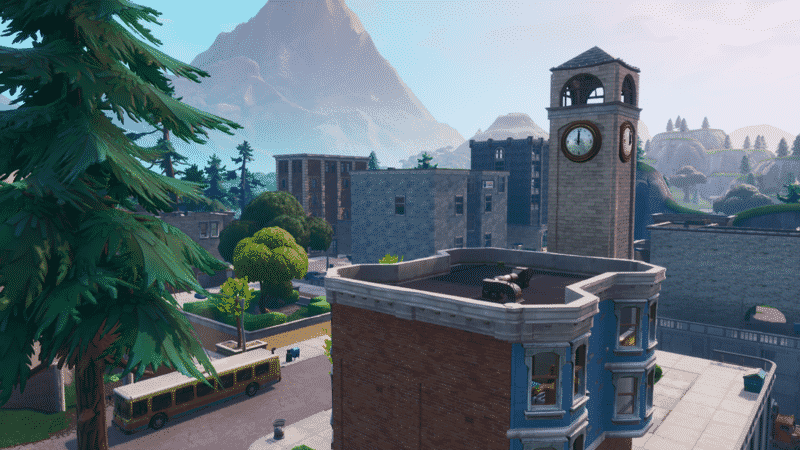 Newer Fortnite fans may not necessarily understand the allure of Tilted Towers. It doesn’t take long to realize what the collective fan base has missed since the popular point of interest (POI) left Fortnite. Added in Season 2, Titled Towers quickly became the go-to spot for players who wanted a challenge. Nearly half of an entire lobby would converge on this location. A proverbial blood bath would ensue, resulting in many eliminations and only one or two victors.

Titled Towers was one of the first unique locations in Fortnite. The tall buildings, amount of players and individual battles granted it a spot in the Fortnite history books. Many did not realize what they would be losing when the POI changed indefinitely in Season 9. If for no other reason, hopefully, the Chapter 2 Season 3 event will bring back Tilted Towers for those who want to relive the old days of Fortnite. 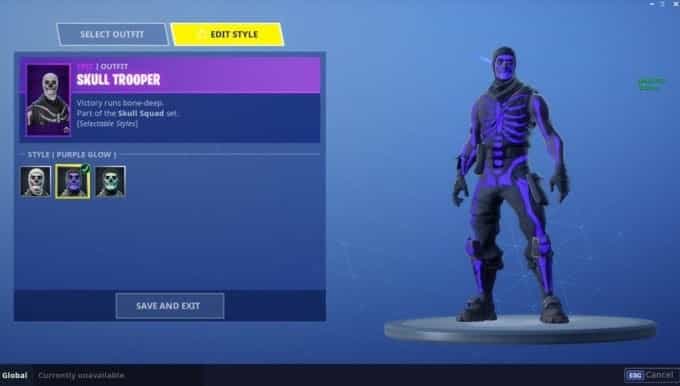 Speaking of the old days, Fortnite skins and emotes have evolved from what they once were back in Seasons 1 and 2. We’ve come a long way from the days of the Renegade Raider, Black Knight and the Floss. We now have Star Wars and Borderlands skins to go with our Rick Roll and Toosie Slide emotes. However, there is something quaint about the old school Fortnite skins and emotes. Rarity aside, some of them are unique, and players nowadays deserve a chance to earn or buy them.

It’s difficult to say precisely what Chapter 2 Season 3 will bring to the Fortnite fan base. All indications seem to point toward an underwater theme according to some recent PlayStation Store leaks. What does this mean for skins and emotes? We don’t know at this point. But this would be a great time to bring some oldies out of retirement.

Rumors have swirled that the Renegade Raider will be back in the item shop. This likelihood became even more possible after the recent re-release of the Recon Expert skin. Hopefully, fans will see some old skins like the Skulltrooper or Dark Voyage make their return in Season 3. 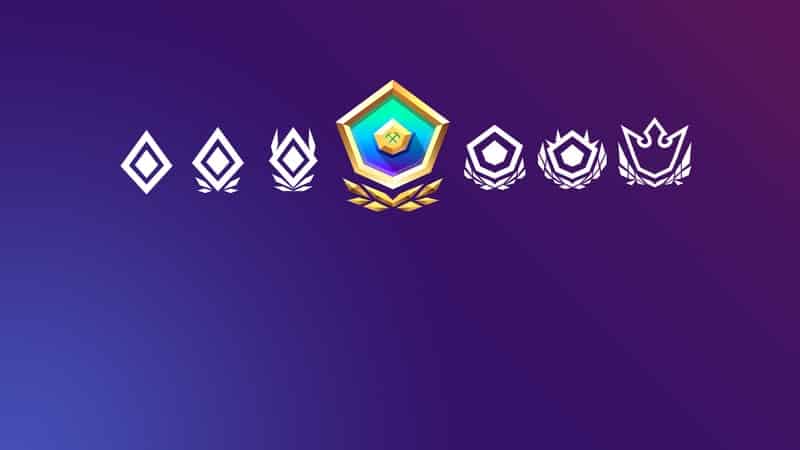 All of the best esports titles feature rewards for outstanding play in competitive modes. Rainbow Six Siege, for example, awards players with a weapon charm for their highest division reached in each season. It’s nothing major, but unquestionably draws players back in who hope to achieve a diamond rank someday. Fortnite features none of this in their often criticized Arena mode. It’s not that Arena mode is terrible, but where is the appeal when all players can earn in Champions Division is an entry into cash tournaments and infinitely difficult lobbies?

Those tournaments, by the way, feature the best players across the globe, who practice for eight to twelve hours a day. Games like Rainbow Six Siege have a definitive separation between professional and casual players. Casuals won't typically reach the Pro League, but there’s at least incentive to play Ranked Mode with a charm and sense of achievement on the line. Epic Games should offer players in-game skins, pickaxes, emotes or even sprays for their hard work in Arena mode. It’s a stretch to ask, but the recent unveiling of the Axe of Champions provides a glimmer of hope.

A variety of Items, weapons and locations 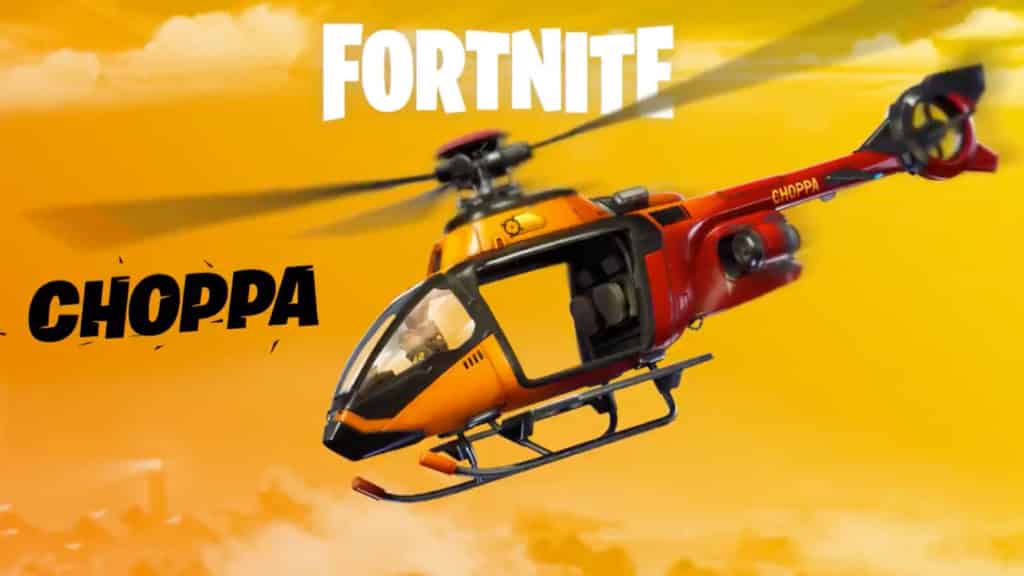 Fortnite Chapter 2 has been tame, to say the least, since its release back in October of 2019. Without much explanation, Epic Games toned down their constant changes to their somewhat polarizing Battle Royale mode. Seasons 2 through X featured almost weekly changes, including new weapons, locations and items. For some inexplicable reason, the developers decided to cease with the alterations to all of the above. Crash Pads and Choppers were exciting new additions in the latest season, but fans deserve much more.

The weekly changes admittedly got out of hand at times. However, we cannot forget what made Fortnite unique in the first place. The experience of different items, weapons, vehicles and locations made Fortnite: Battle Royale a memorable experience from week to week and season to season. Somewhere along the way, the developers decided to tone their adjustments to a bare minimum. Fans most certainly don’t want a new map and weapons every week. Still, hopefully, Fortnite Chapter 2 Season 3 will reintroduce some of the magic that made Fortnite an outstanding experience for all of those early seasons. 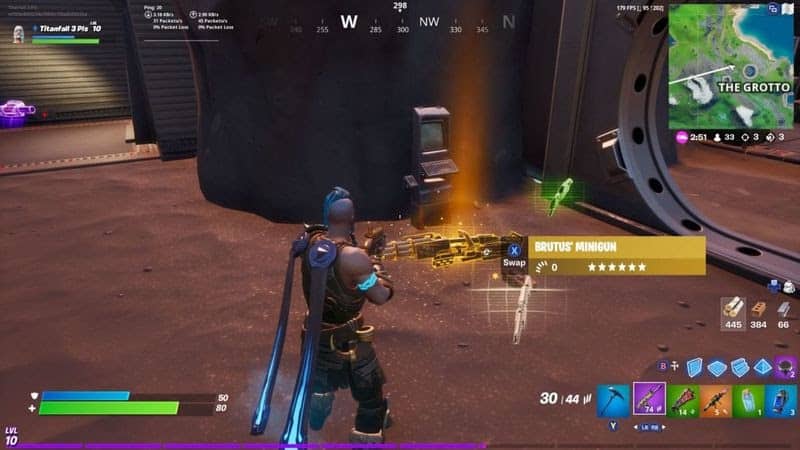 Fortnite Chapter 2 Season 2 introduced all-new POIs under a secret-agent theme. The Agency, Grotto, Rig, Yacht and Shark locations all featured boss non-playable characters (NPCs). The general goal of each new site was to land, defeat the boss, acquire a key card, and finally, open a vault full of exceptional loot. What we failed to mention is that each boss, for the most part, carried a weapon that could shred through enemy shields and health without relent. Disregarding those abysmal Deadpool Pistols, the most severe offenders were Skye’s Mythic Assault Rifle, Brutus’ Minigun and Midas’ Drum Gun. These three weapons alone increase your team’s chances of achieving a Victory Royale.

Unfortunately, the Mythic weapons created an unfair playing field in both a casual and competitive sense. The damage output from the three most significant Mythic weapons was challenging to overcome and easy to use. There’s no skill required to obliterate enemy structures with a Minigun that inflicts 252 damage per second (DPS). Let’s not forget the Skye Grappler, which players could use to take height over their opponents with ease and quickly traverse the entire map. Mythic weapons are a gimmick that the developers will hopefully tone down or remove in future seasons. 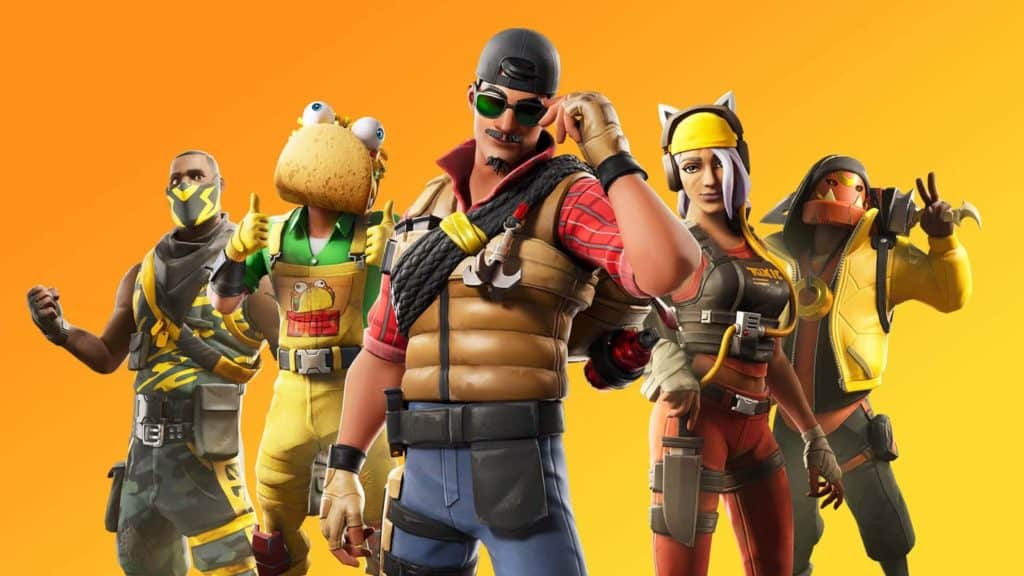 The subject of patch notes is a sore one for casual and competitive players. It’s been four long months since Epic Games last released a series of patch notes for updates to the Battle Royale mode. The Fortnite v11.50 patch notes on February 5th featured the reintroduction or Launch Pads and the implementation of Unreal Engine’s Chaos engine. Since then, we’ve heard nothing but radio silence on weekly and bi-weekly patch notes. Epic Games just stopped releasing them without any inkling as to why.

Many have theorized possible reasons for why patch notes have not returned. It could merely be the result of the constant backlash from fans. Fortnite fans and players are undoubtedly some of the more challenging to satisfy from week to week. Patch notes would often ignite the community. This uproar led to the constant roasting of the developers for not adding an FOV slider and for keeping mechs in the Fortnite back in Season X. Patch notes, at the very least, provide players with insight into the direction of their game of choice.

Developers must stay in communication with players to ensure that feedback is not going unseen or unheard. The Trello board is an excellent option for bugs, but why not patch notes? Wishful thinking or not, let’s hope that Epic hops back in the patch note train for the sake of player sanity.

What are you hoping to see out of Fortnite Chapter 2 Season 3? Let us know on Twitter @ESTNN.