The semi-finals results from all regions heading into the final session of the FNCS week three.

The Fortnite Champion Series for Chapter 2 Season 2 has passed its halfway point. Thus far, we’ve seen some insane plays despite ongoing in-game issues. Each region has seen some leaderboard flips and surprising results through the first two weeks of competition. Week three is no different with a different duos trading first-place from round to round.

As we approach the week three finals, we’ve already narrowed down several qualifiers to this point. Duos like Tfue and Scoped are rounding into form at the right time, as are many other teams. The time is ticking toward FNCS Heats, and each passing week is more important than the last. Let’s see how the semi-finals shook out across six of the seven regions and take a look at the Middle East results.

The Russian duo of Kiryache and letw1k3 amassed 120 points over ten matches to claim first in the EU week three semi-finals. Their 78 combined 78 eliminations trounced their competition en route to pure dominance. With two Victory Royales also in their pocket, this duo is seeking their second qualification for heats. Here are the top ten duos from the semi-finals this week. 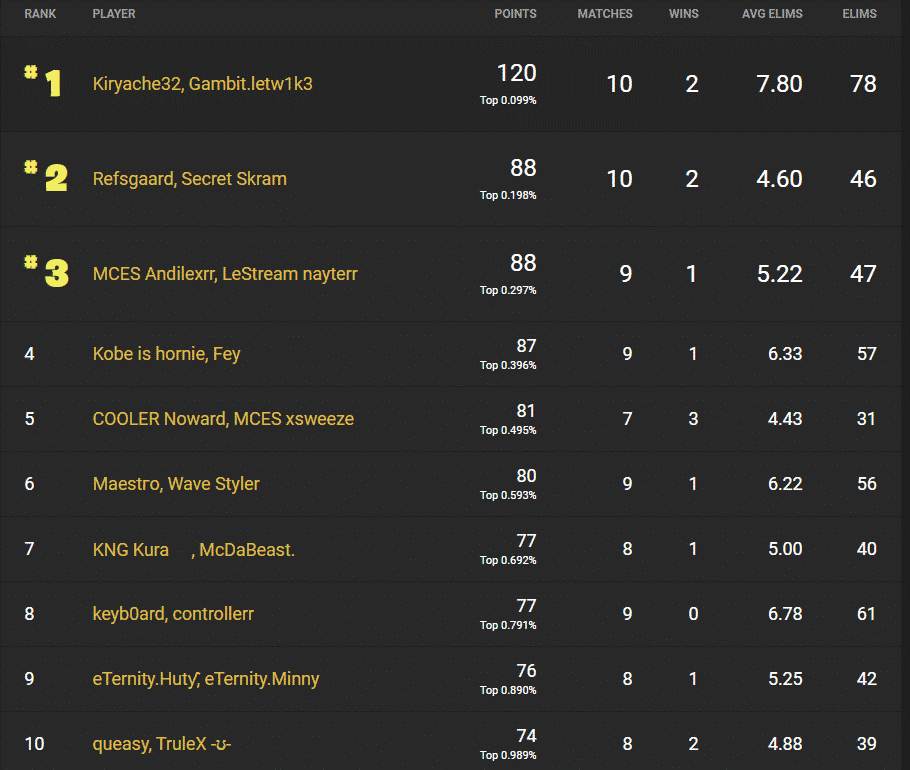 Twitch superstar and professional player Tfue has 100K viewers as he and duo partner Scoped punched their ticket to the week three finals. After two unsuccessful attempts to reach finals, Tfue and Scoped are ready to dominate. Their semi-finals effort yielded three impressive Victory Royales and 51 eliminations. With a stacked top ten from the NA East, tomorrow will feature some outstanding play. Tfue and Scoped lead the way with a fresh set of six games to play in finals. 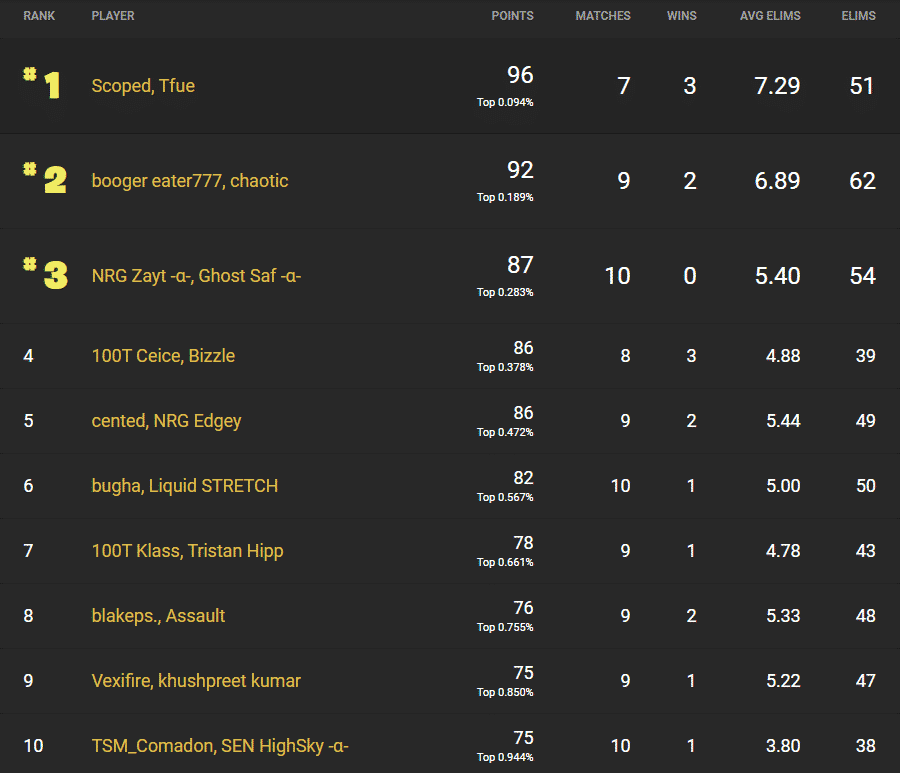 The dominant duo of Rehx and EpikWhale continues to impress after the latter recently switched from mouse and keyboard to a controller. The 68 eliminations is a key figure and a difference-maker for this duo. The former Fortnite World Cup finalist is settling in nicely to his new role as a controller player. If the two should qualify this week, they will have placed in the top twenty in all three weeks thus far. The top twenty tomorrow will secure a spot in NA West heats. 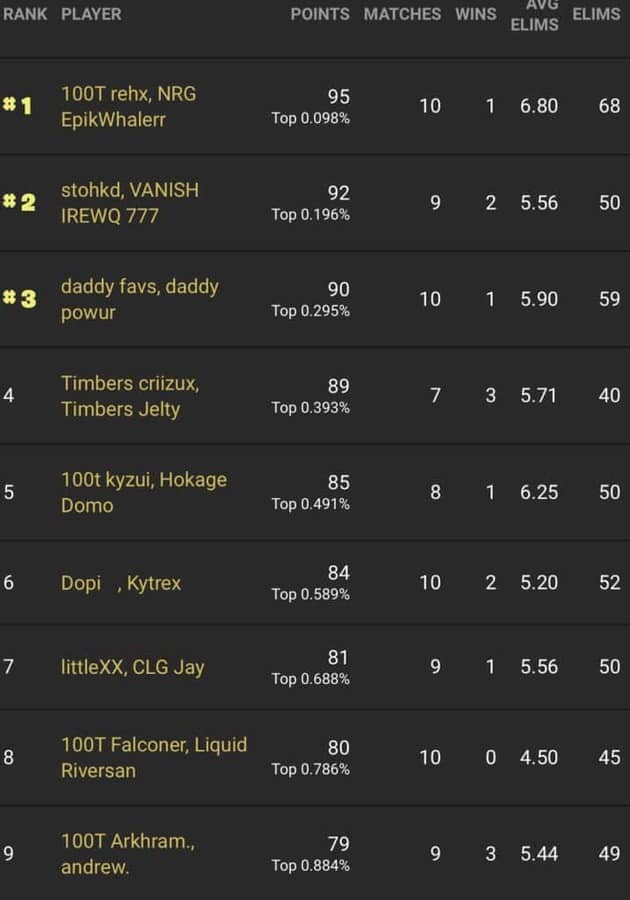 Gooboz and worthy continued their impressive duo play with 124 points in the OCE semi-finals. These two qualified back in week one and are looking to add another qualification this week. As usual, OCE features many of the usual suspects in the top ten as 50 duos battle for a spot in the Oceania FNCS heats. 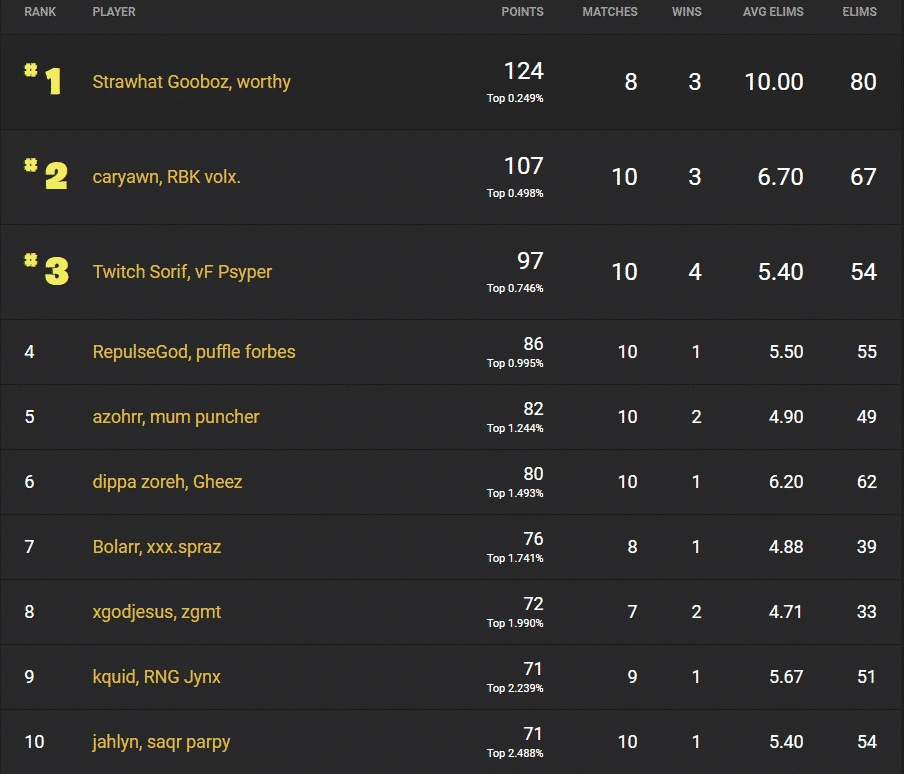 Leobas and Clipnode recorded 99 points and three Victory Royales in the Brazil semi-finals of week three. These two already earned a spot in heats and are padding their stats with another impressive performance. Many of the top ten teams are already heading to the finals, and many will begin to separate themselves from the pack. 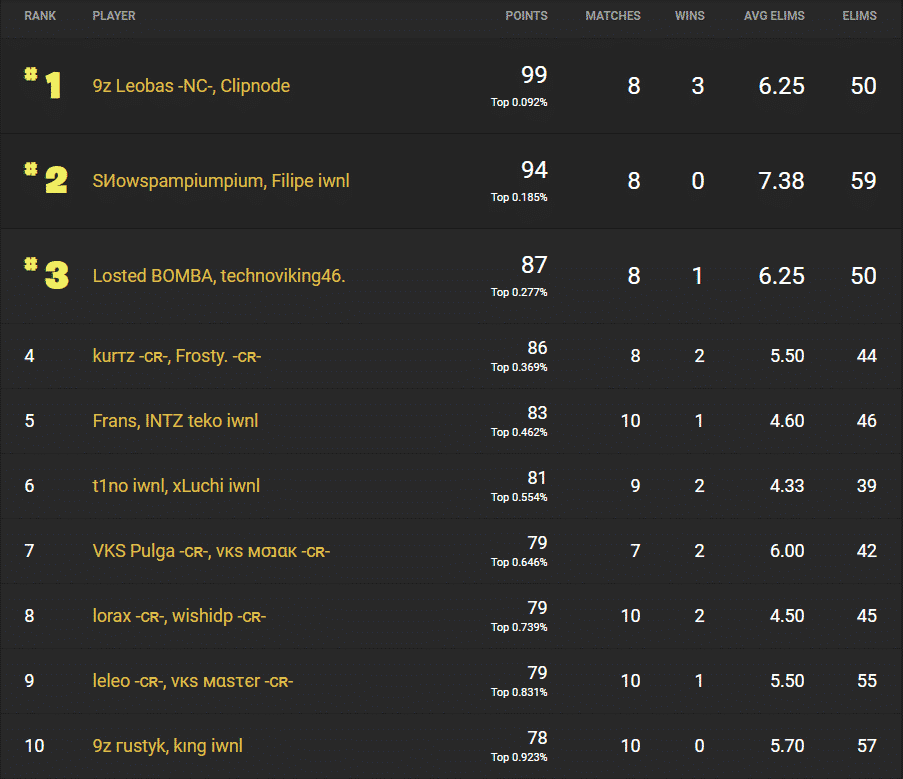 Macyfishy and Schnickyfishy produced another outstanding performance in the Asia week three FNCS semis. After qualifying just a week ago, this duo continues to improve. They managed 87 points with 49 eliminations and two Victory Royales. Keep in mind that only the top ten will qualify for heats tomorrow out of Asia. 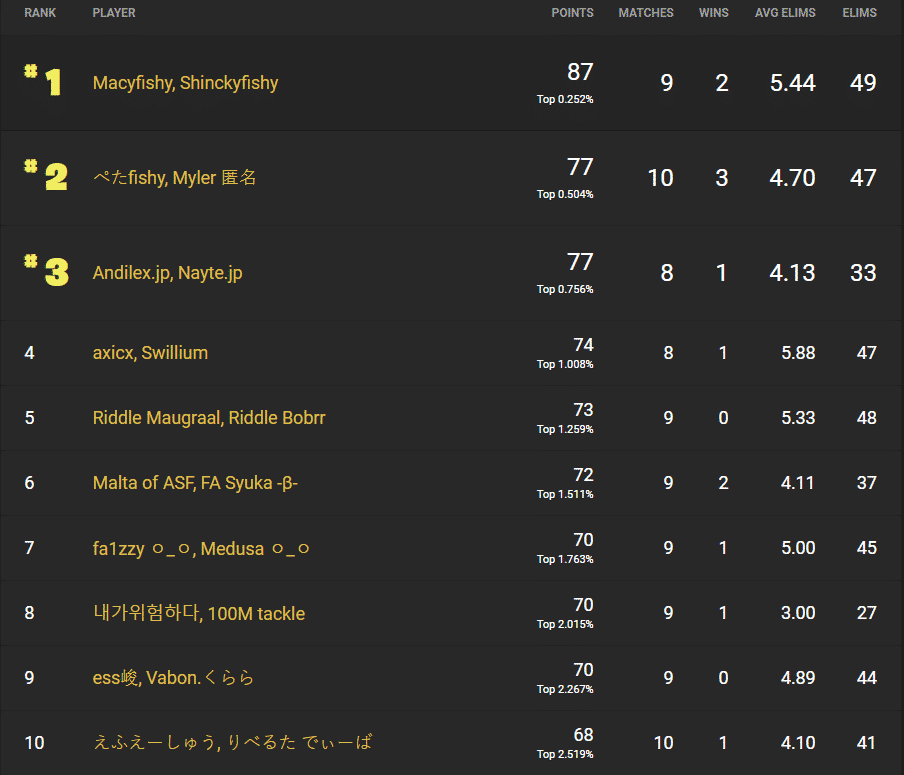 The Middle East week three FNCS finals completed with Dexefite and Tooke earning the victory. These two smashed their fellow competitors with 72 points over six matches. Dexefite and Tooke relentlessly pressure their opponents with 33 eliminations, which is ten more than the next highest team inside the top-ten. This victory marks their second qualification for heats after finishing in second place last week. The top ten below will also join them in Middle East heats. 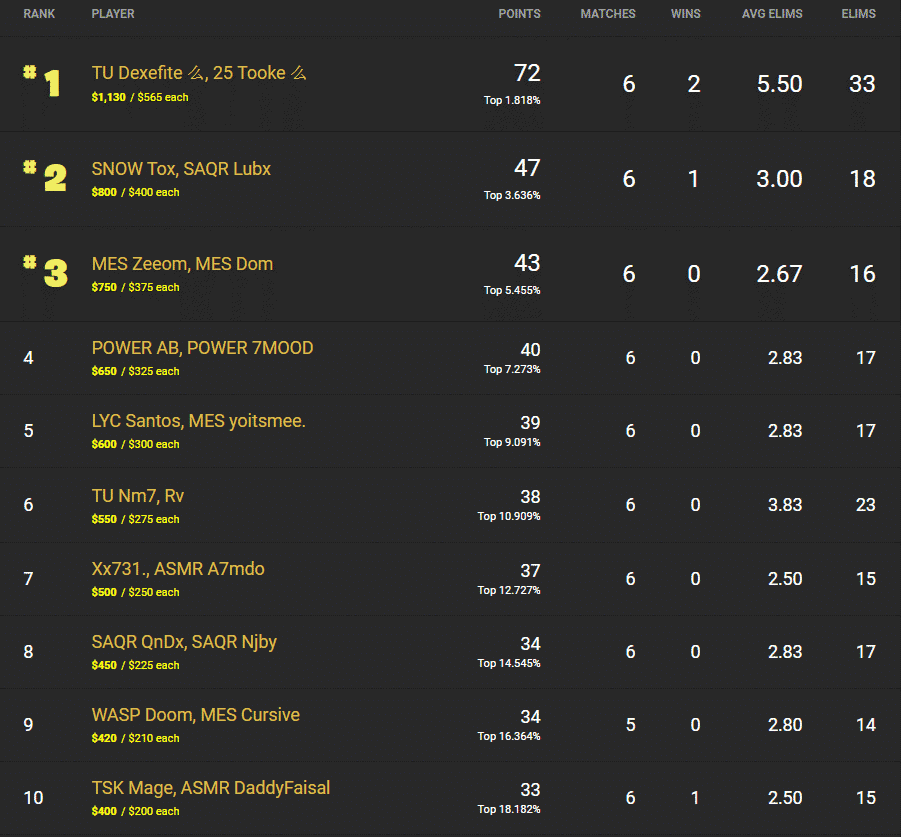 Stay tuned tomorrow for a full recap of all the duos who qualified for the Fortnite Champion Series Heats later this month!