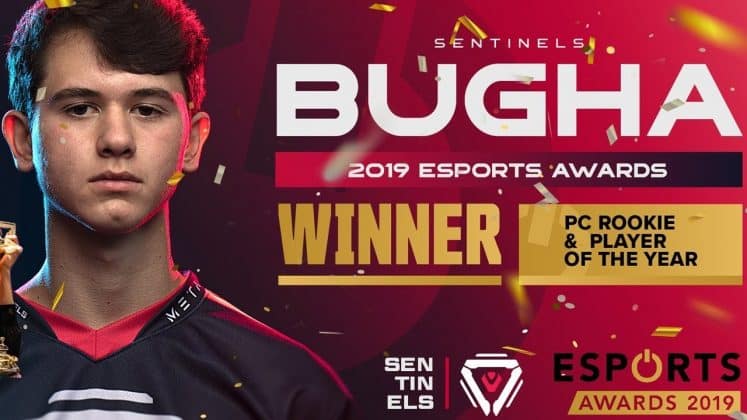 The accolades keep piling up for 16-year-old Kyle “Bugha” Giersdorf. Giersdorf became a household name earlier this year when he took home $3M USD in the Fortnite World Cup Solo Finals. Giersdorf continues to reap the benefits, this time by securing the “PC Rookie of the Year” and “PC Player of the Year” awards Saturday, Nov. 16th at the 2019 Esports Awards.

The Esports Awards is an annual award show with the intent of celebrating the best representatives in the esports community. Not only the players but the coaches, teams, journalists, casters, photographers, videographers and more. Pretty much anyone you could think of related to the esports industry was in attendance Saturday night. Deemed “the Oscars of the esports world”, the Esports Awards is relatively new, with the first occurring in 2016.

Two awards on the night for @bugha Esports PC Rookie & PC Player of the Year. Congratulations on an incredible year!#esportsawards pic.twitter.com/r002PdMY7r

In only a few short months, Giersdorf has risen from a relatively unknown Fortnite player to one of the most recognizable names in all of professional gaming. Going from average high school sophomore to esports superstar. Giersdorf has achieved what every young aspiring gamer dreams of.

Giersdorf worked his way to the top, competing in qualifier events to earn his place in the World Cup Finals. Once there, he took full advantage of the opportunity, dominating the pool in impressive fashion. He has earned everything, nothing was given.

Despite all this success, Giersdorf says that he didn’t expect to win the “PC Player of the Year” award.

The “PC Rookie of the Year” award was a little more of a given. Coming onto the scene and placing first for 3M USD in one of the largest events in esports history, it would have been a disservice to the Esports Awards if Giersdorf did not win Rookie of the Year.

It is important to keep in mind that these awards are not just within the Fortnite community. Players throughout all of esports were competing for the same rewards. This makes the fact that Giersdorf won both even more impressive.

An Unexpected Surprise for Giersdorf

“I'm feeling very surprised right now,” Giersdorf said in an interview with skysports.com. “I didn't expect to win the last award but it's been a good night. I thought there were a lot of talented players in my category, I just didn't expect it to be honest”. He went on to say, “It feels great to beat some of the other players in the category because they've been in the scene forever. For me, coming out and winning one tournament and getting this award is just amazing.”

Giersdorf is exceptionally articulate for a 16-year-old. A good trait to have for someone set to be one of the faces of esports for years to come. In his acceptance speech, Giersdorf humbly spoke to the crowd and expressed his excitement for the future of the esports industry as a whole. He said, “I love esports and I love everything that's going on right now, I think it has a bright future. Right now it's blowing up mostly in the media and I'm just excited to see what happens to it in the future. I think it'll take over a lot of other things. Giersdorf continued, “It's not just Fortnite that's going to get bigger, I watch so many other esports such as League of Legends and CSGO. I've never got into it but I really enjoy watching them.” 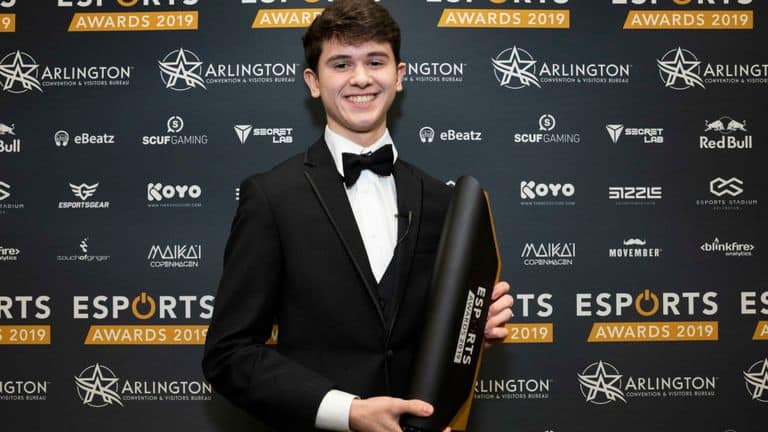 It’s safe to say this one tournament changed the course of Giersdorf’s entire life. The foundation is set for a fruitful gaming career. The attention he has gained will be enough to propel him forward in whatever steps he takes next. His Twitch and all of his social media absolutely exploded after his World Cup victory. Before the World Cup Finals, Giersdorf had a measly 30K Twitter followers. Four and a half months later, he has 575k and counting.

Giersdorf could likely retire now and live comfortably the rest of his life as a result of one big win. Luckily for us as fans, it looks like he has no plans to stop anytime soon. When asked if he liked his chances should Epic Games bring back the World Cup in 2020, Giersdorf responded, “For sure, I got enough confidence you know?”.