Epic Games has made a concerted effort to acquire rights to nearly every well-known movie, comic book, television, and video game character over the last two years. As a result, the developers have brought the likes of The Terminator, Deadpool, Chris Redfield, Rick & Morty and many more onto Fortnite’s iconic Island.

These collaborations have undoubtedly made Epic Games lots of money as players exchange V-Bucks to represent their favorite characters in Fortnite. The developer’s latest endeavor revolves around El Chapulin Colorado, a Latin American superhero character created by Roberto Gómez Bolaños. El Chapulin and many accompanying cosmetics are making their way into Fortnite Battle Royale on November 1. 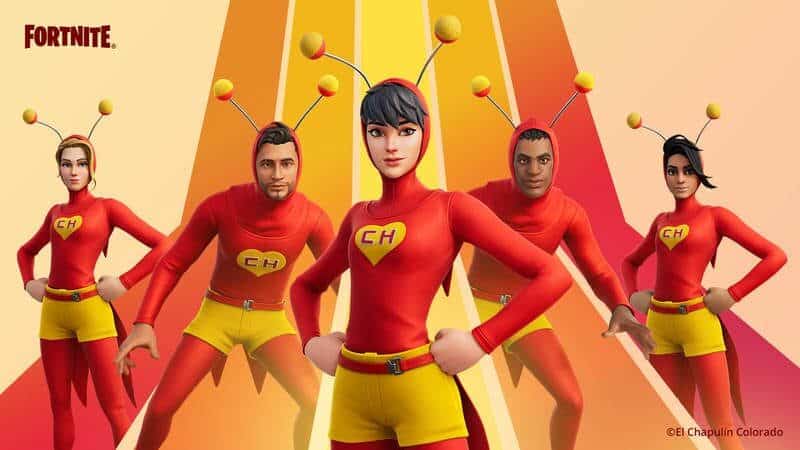 Epic Games released a blog post today announcing the arrival of El Chapulin Colorado in Fortnite Battle Royale. The collaboration includes many options that represent the beloved Mexican television comedy that ran from 1973 to 1979. Players have several styles and appearances to choose from, in addition to a Back Bling, Pickaxe and Emote.

Here is everything that Epic Games has to offer in Fortnite’s El Chapulin Colorado crossover:

Epic did not release pricing information, but we can expect to see that when the El Chapulin cosmetics become available on November 1 at 8 PM ET. It’s merely another step in Fortnite’s quest to create the most inclusive gaming experience in history.

We’ll be sure to update with any additional details should Epic provide anything more.