Final Fantasy XIV Endwalker has been out for exactly one year and is still the most underappreciated title. Not on my watch!

I am very sorry, Geoff but I can not accept the nominations for your fancy Game Awards. Yes, we are supposed to celebrate the best titles of the year so where is Final Fantasy XIV? I know the fourth expansion to the critically acclaimed MMORPG was technically released in December last year, but when you guys put the cutoff date around the middle of November, it still counts!

Last Year Final Fantasy XIV received the Game Award for Best Community Support and Best Ongoing Game, which I'm very pleased with and I hope they'll win it again this year. But that Final Fantasy XIV's Endwalker Expansion isn't nominated for Game of the Year, Best Narrative, or Best Original Score, and Music upsets me deeply.

So if Final Fantasy XIV is just an MMORPG, how does that make any other title look like? My going theory is that just not enough people have played Final Fantasy XIV because, honestly, asking someone to put in the time for a 400+ hour-long story is a bit absurd but well worth the trouble!

Endwalker was easily the best video game thing I played all year, the year that had my beloved Tactics: Ogre get a beautiful remaster and that saw titles like Neon White, Sifu, and Elden Ring. I would even go as far as saying that it is the best game I've ever played but those words will ring empty in the ears of everyone who hasn't experienced it yet.

Tales of Loss and Fire and Faith

I will refrain from talking about any explicit details about Endwalker or other expansions of Final Fantasy XIV. But I will tell you that Endwalker was the best-written thing I've played in a long time, previously, it was Shadowbringers, especially with its 5.3 Reflections in Crystal Patch. Endwalker set out with the gargantuan task of wrapping up a story that had been told over almost a decade of constant patches and expansions. I'm aware that not many games have the luxury of letting their stories go on and on forever, but it takes immense talent to bring such a sprawling tale to its conclusion.

While Final Fantasy XIV tells the story of the player, the Warrior of Light, it also tells the story of a world and its people. And I can not help but think that, especially with Endwalkers subject matter "The End" was at the forefront of everyone's mind. You can tell this just by all the playful callbacks the story does like the recreation of the old Limsa Lominsa intro from the now-defunct 1.0 version to bringing back characters from some of the side quests. And that's just the surface level, while Endwalker has the benefit of getting to reap the rewards of 10 years worth of worldbuilding, at its core narrative stands way on its own.

The game features some of the most-realized characters in all of gaming because Final Fantasy XIV understands how to use its structure and long runtime to its benefit. All the characters had enough room to evolve and change, this happens on a small scale with the little arcs that play out throughout a zone all the way to a grander scale. And all those little moments come together in this beautiful tapestry of multifaceted characters.

And Endwalkers pacing is also supreme, the expansion goes at breakneck speed from the get-go since all the stakes have been well established at that point. After a little windup time, the expansion already goes through an entire patch cycle worth of story events by the time you reach the fourth zone. And that is just the prologue of the actual tale Endwalker is taking you on. After a little cooldown, Final Fantasy XIV goes all in and Endwalker delivers one powerful moment after another. None of what I describe here will do it justice, so I'll leave you with this quote:

"Oh come now, it’s been a gripping tale. Unbreakable bonds and noble sacrifice, sprinkled with moments of levity to counterbalance the pathos. It’s got it all."

Just play Final Fantasy XIV already. It is easily one of the greatest games ever made and it is a shame that it's not as widely spread as it should be. 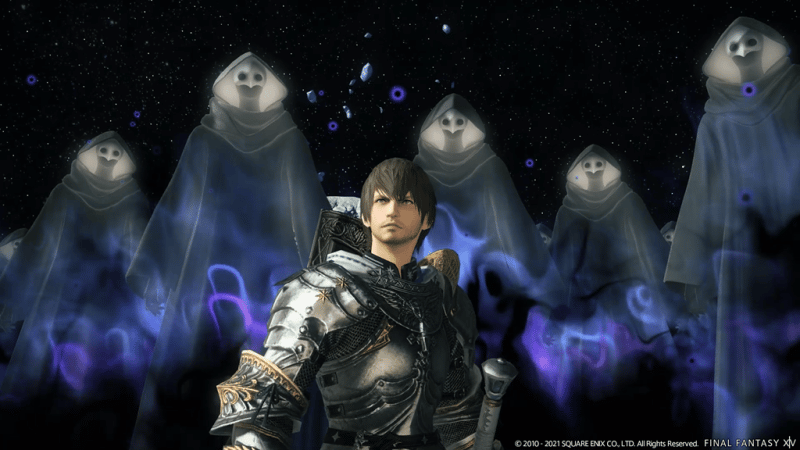 I do believe it is universally known that Final Fantasy XIV sports one of the best Soundtracks ever made. Personally, I can't wait for Final Fantasy XVI to come out just so a wider audience is finally exposed to Masoyashi Soken and his team. Yes, I know everyone loves their grand orchestras with the chanting by a huge chorus and Final Fantasy XIV delivers on that front as well. But the music team behind XIV manages to capture an entire world of sound and integrate it seamlessly into their game.

Something as easy as a somber piano rendition of an old dungeon theme can suddenly tell you way more about a character than words ever could. Final Fantasy XIV soundtrack is a complex web of motifs being repurposed over and over and over again. Until their complexity equals the characters, they accompany. Everything just comes together, while songs never really sound the same. There is always a unique rhythm or musical style being explored. Final Fantasy XIV's soundtrack is a microcosm of what the Final Fantasy franchise has always done, exploring new ideas while building on old foundations.

And that's not even talking about the vocal tracks. This ranges from Amanda Achen's beautiful voice in Flow or When Hearts Align, Flow especially being a song that you can and should listen to without having any exposure to Final Fantasy XIV. It's genuinely a beautiful song. Then there is the Endwalker theme performed by developer band The Primals with the vocals from Architects lead singer Sam Carter. Especially in its Footfalls version, which takes the listener on a great musical journey through Final Fantasy XIV's story.

And then there is Close in the Distance, sung by Jason Charles Miller. That song killed me the first time I heard it in the launch trailer of Endwalker, but its implementation in the final zone and the way it comes together make it a masterpiece. It starts off as a distant memory, faint and hazy. And as the song comes together and the outline of those memories also comes back, suddenly you start recognizing those faces and their voices. That's what that song is, it's hard to convey with just words as it probably doesn't land as well if haven't been on that journey. 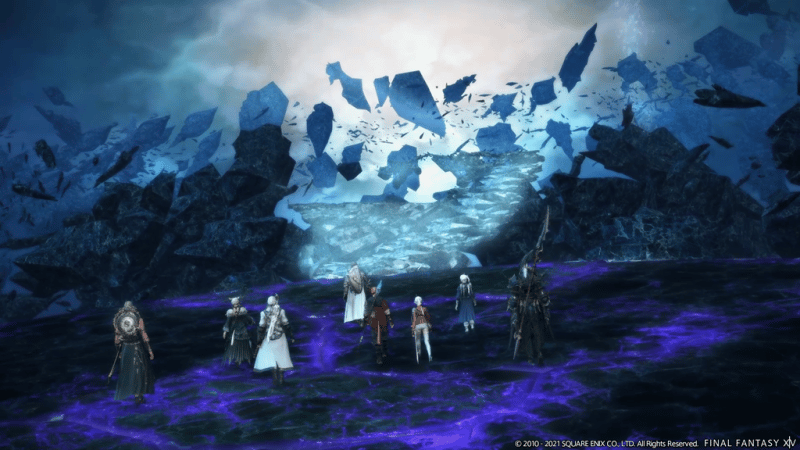 While this piece is a bit of a mess, I'm just trying to convey my love for this title. And I'm always bothered when it gets shoved into the corner of being a live-service title or just an MMORPG. Everyone knows that there is an amazing team behind Final Fantasy XIV, there's a reason why they have such a great relationship with their community and why the title seems to grow in popularity even 10 years after its initial release.

Final Fantasy XIV is a testament that a game can go on a long, long time and still manage to surprise and enchant its players. Take it from someone who's been with this title since the initial release. It has been a pleasure to watch that game grow from the underdog MMORPG to the masterpiece that it is today. And it is quite frankly beautiful to see the potential that it had all those years ago finally realized after the team behind it proved over and over again that they can deliver on their promises.

So even if Final Fantasy XIV doesn't get a nomination for Game of the Year, even if it should be getting Game of the Decade just on the merit of its miraculous recovery effort. The unending journey is a journey worth taking. Yes, Final Fantasy XIV takes its sweet time to get to some of its high points but every step on that journey is a pleasure in and of itself. By the time you'll reach the end of Endwalker, you can not help but look back and have fond memories of that journey.

That is the power of long-running media. It's not just something you consume and tuck away in some corner of your mind. It becomes a part of you. And the world of Final Fantasy XIV is one that I'm glad to be part of, from taking my first tentative steps into Ul'dah to becoming the Warrior of Light and going back to just being an adventurer looking for new thrills. Give it a try already. The free trial includes the first expansion, which still is one of the best-written fantasy stories in gaming. And at least it'll help you bridge the gap till the next big release.

For more nonsense, keep up with us here on ESTNN