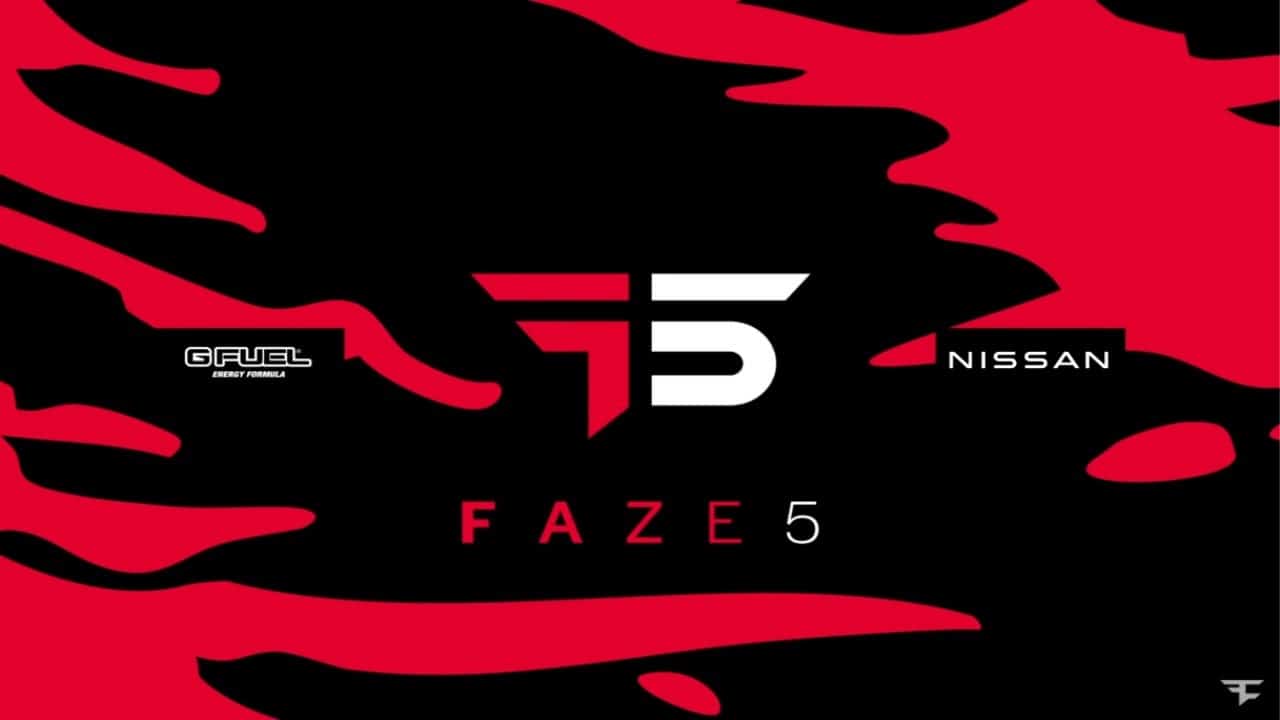 Popular esports organization FaZe Clan’s latest installment of the FaZe 5 contest has come to an end. For the last several months, hundreds of players embarked on a quest to become the newest member of FaZe in a rigorous competition. The organization broke its initial claim that only five players would join and instead threw a curveball, declaring a sixth winner in the contest. The main ingredient to success was to stand out, and all six winners did so in an impressive fashion. Once hopeful future FaZe members Nio, Faxuty, k1ng, Flea, Scope and Virus saw their dreams come true, the organization validated years of hard work.

Fortnite content creator and occasional competitor became the first of six new FaZe Clan members on December 27. Many looked to Faxuty as a favorite, considering his dedication to streaming and YouTube content. He is the self-proclaimed “Content Machine,” which fits the bill of FaZe Clan’s general approach to its creative output. He received recognition from Fortnite pro player Cody “Clix” Conrod and evening enlisted FaZe competitor Danny “Dubs” Walsh for his final submission in the contest. Faxuty responded with delight to FaZe’s first announcement, and he will look to add more value to an already well-established esports brand.

Australian Fortnite YouTuber Flea became the third of six new FaZe Clan recruits on December 29. This revelation was perhaps the most expected of all, considering Flea’s massive 1.67 million subscribers on YouTube. The Aussie has been grinding content for two consecutive years nearly nonstop. Flea offers insightful tips for Fortnite players in videos that average over 1 million views each. It will be interesting to see what Flea will bring to FaZe mainly because of their dominant presence in Fortnite.

Much like the Flea announcement, there was almost no doubt that Nio would not be one of the six contest winners. From humble beginnings in Fortnite, Nio eventually became a clip machine in Call of Duty: Warzone. His incredible work with the sniper rifle undoubtedly caught the eye of veteran trickshotters that remain under the organization’s umbrella to this day. Let’s not forget Nio’s history with now fellow FaZe member Nickmercs. This is the feel-good story of the entire competition, and it’s wholesome to see Nio’s skills and hard work secured him the opportunity.

When the FaZe 5 competition began, Argentinian Fortnite phenom k1ng was an obvious choice to go all the way. This South American superstar arrived on the scene during Fortnite’s inaugural World Cup tournament, where he racked up an impressive 21 eliminations en route to a fifth-place finish. With over 400K followers on Twitter and an expansive resume in competitive Fortnite, no one can question FaZe’s decision to declare k1ng one of the FaZe 5. His World Cup dominance and recent Fortnite Champion Series (FNCS) victory are just a small taste of this 14-year-old’s capabilities as a professional player. 2021 is already shaping up for FaZe Fortnite’s newest addition.

On behalf of @FaZeJev, & the Sniping community

FaZe Clan is no stranger to controversy and plot twists. When everyone thought that k1ng was the final shoe to drop, the organization sprung a surprising announcement. FaZe revealed a sixth winner of the FaZe 5 competition in the form of Scope, a YouTube Call of Duty trickshotter. Like Nio, Scope has built himself quite a following because of his raw talent with a sniper rifle. Since beginning his YouTube channel in 2012, Scope has amassed nearly 200K subscribers and 115K followers on Twitch.

FaZe Clan on Top Once Again

THANK YOU... to all the fans, participants, finalists, and winners of the #FaZe5 challenge

After a 6 year hiatus, you all made the return of #FaZe5 better than we could have dreamed of... Now on to 2021

After a six-year hiatus, FaZe Clan grabbed all of the headlines in esports with the return of FaZe 5. The organization granted unforeseen opportunities to six players, all of whom worked their tails off to put themselves in this position. Esports fans across the globe could only watch in anticipation as the famous brand crowned six winners. Notable finalists, six-year-old RowdyRogan and nine-year-old Zenon, did not earn the privilege, but the future is bright for these young gaming personalities. 2021 will be an exciting year for FaZe Clan in the wake of this monumental contest.