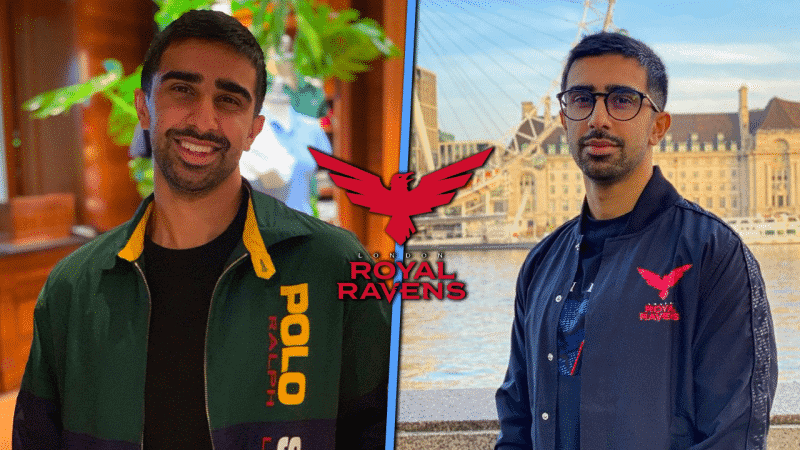 ReKT Global, the parent company of the London Royal Ravens, has announced Vikram “Vikkstar” Singh Barn as a new co-owner of the Call of Duty League franchise. Vikkstar is one of Britain's most popular YouTubers and streamers. Vikkstar has a collective following of over 12.2 million and is a co-founder of one of the biggest YouTube groups in the world, the Sidemen. He originally started off in the Call of Duty scene. And now he returns to his roots to become the face of the London Royal Ravens.

As one-seventh of the UK’s biggest YouTube group the Sidemen, he has been instrumental in growing their three channels to a combined 16 million subscribers. He was also a driving force for their clothing line, Sidemen Clothing Limited.

“When we searched the UK to see who could be the face of the London Royal Ravens, Vikkstar Was the unanimous choice for what we are building with the brand going into the 2021 season and beyond,” said Amish Shah, co-founder of ReKTGlobal. “Our fans love him, and this is a big win for the entire ReKTGlobal organization. We are thrilled to welcome him to the family as a co-owner and trusted partner.”

Vikkstar’s Role in the Ravens

As co-owner, Vikkstar will “launch new content formats, merchandise and promotional activations, and host esports competitions”. Born in Sheffield, Vikkstar will be a key part of growing the London Royal Ravens UK fanbase and overseas. Vikkstar seems to be extremely keen to kick off his involvement with the Ravens. He said, “Evolving from fan to co-owner is not something I thought I would ever accomplish.”

In the 2021 Call of Duty League season, “Vikkstar will co-stream London Royal Ravens matches, participate in CDL Warzone events and hold meet & greets with fans.” Vikkstar not only has the entertainment value needed for a streamer. He is also an entrepreneur and ReKT Global CEO Dave Bialek believes he is one of a kind for this. He elaborated on this, “With his passion for streaming, entrepreneurial spirit, engaging personality and diverse audience profile, we instantly knew he was the only choice to serve as the face of the London Royal Ravens.”

The London Royal Ravens roster consists of Seany, Zer0, Dylan & Alexx for the 2021 Call of Duty League season. These four will be looking to improve on their 4th place finish from the inaugural season. Meanwhile, Vikkstar will work to increase their brand value and possibly help in Warzone tournaments along the way.