Breakable Barriers: The Most Important Overwatch Event of 2019 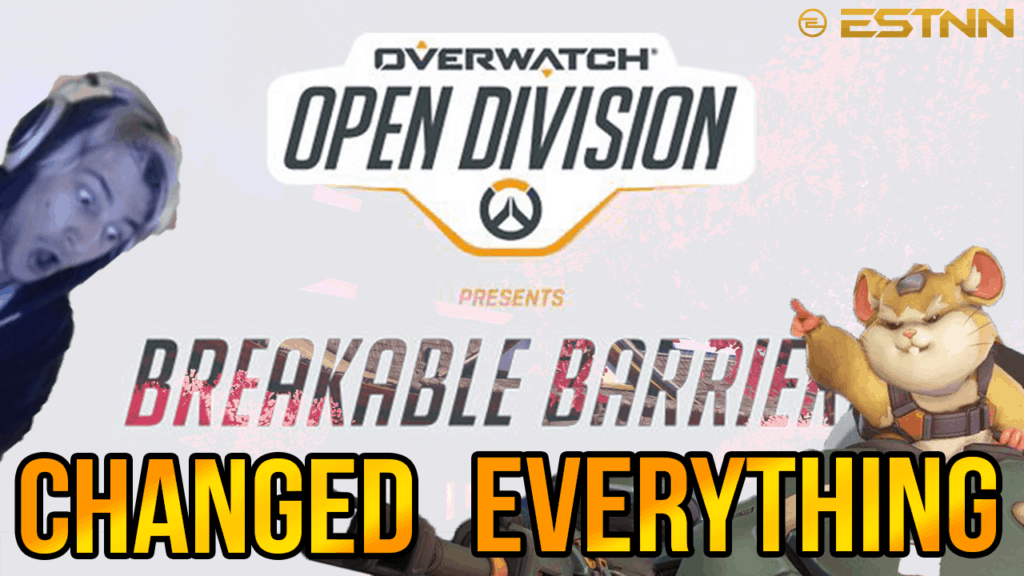 One of the most important Overwatch events of the year just took place, and it had almost nothing to do with the Overwatch League.

The weekend of December 13th featured the first-ever Open Division: Breakable Barriers, a new series where Contenders and Open Division players, along with former Overwatch League players and streamers, test each other’s skill and nerve. The competition was a celebration at the end of the Double Shield meta where half of the teams tried out new tactics and others stuck with what they practice. There were two separate regions, EMEA (Europe, Middle East, and Asia) and North America, each with their own unique teams. It’s not often that there is buzz surrounding what many describe as low-tier Overwatch, and the World Cup was the last time Contenders players received recognition.

Barriers were broken. Plays were made. And champions were crowned.

Enjoy a highlight reel of the Breakable Barriers EMEA Tournament #1, made by @JayP33Tweets! 🏆🥇

The Competition is Heating Up

The tournament went over three days and began with plenty of clippable moments from streamers and former OWL players. The EMEA region was open to players from Europe, Asia, and the Middle East, so we saw everyone from British Hurricane to Young and Beautiful. This tournament was a test to see if players from various tiers can hold their own against some of the big dogs. A ragtag group of competitive players called Raspberry Racers came in and made a statement about the capabilities of EU talent. The team’s star power came with player Hafþór "Hafficool" Hákonarson, but their skill was far from lacking. They made a hard run through the bracket improving with each match before they were brutally wiped out by British Hurricane, the team who didn’t drop a single map. The EU Contenders team picked up Riku "Ripa" Toivanen from the L.A. Gladiators for this tournament, and they played as if he had been a part of the team the whole time.

On the North America side of things, there were a lot more laughs, juicy accusations, and flashy plays. Two of the teams that contained OWL players were “Meme Dream Team on Stream” and “ok boomer”, but neither made it past the quarterfinals. Meme Dream Team on Stream consisted of former OWL players Jacob "JAKE" Lyon, Scott "Custa" Kennedy, and Connor "Avast" Prince not to mention the special addition of Francine "FRAN" Vo, formerly from the Atlanta Reign’s stream team. Ok Boomer quite possibly had the best comms which was expected considering the team featured streamers Emre "Kabaji" Dincer, Félix "xQc" Lengyel, and Nikola "sleepy" Andrews to liven up the matches. The boomers fell in the Quarterfinals to Yo Yes, who went on to win the entire series and have the pleasure of delivering these streamers an L.

proud of this play from this weekend pic.twitter.com/jX35F3FSbK

To be fair, Yo Yes was a stacked team to begin with boasting rising DPS star William "Asking" Vetter and Philadelphia Fusion/ Fusion University support player Elijah Hudson "Elk" Gallagher. They managed to clean house during the tournament going completely undefeated with Asking dominating a majority of the clips that came out of the event. On the opposite side of the Grand Finals, Old Man Strength came in hot and set the bar high for Open Division players to come.  Dimes and Hazard as a DPS duo combined with Karfixer’s Mercy and a splash of Yeatle’s 200IQ Hammond play set this team on fire. On their road to the finals, Yeatle’s Hammond threw every team for a loop and the Pharmercy composition was even harder to deal with for teams that didn’t have an exceptional hitscan player.

Up until facing Yo Yes, Yeatle’s Hammond was unstoppable and he could quite possibly become the next Ameng. One issue that commentators mentioned, is that the Open Division players and teams struggled to adapt their composition to effectively counter the opposition. Nicholas "Speedily" Zou on Yo Yes swapped to Mei almost single-handedly to shut down Yeatle. Up until this point, he was allowed to do as he pleased distracting the backline of the enemy team freely. Communication and cohesion were the themes of the tournament with teams stabilizing after going down a member and trading evenly to the bitter end. Ultimate usage was on par with what is seen in the Overwatch League and now that Contenders has the Showdown series and The Gauntlet, it seems like Open Division is getting its time to shine.

A New Dawn of Talent

So why was this scrimmage style tournament one of the most important Overwatch events of the year?

The tournament seemingly came out of nowhere with few announcements yet massive support from the community. Hex randomly tweeted that he would be streaming the matches and xQc had to join his team halfway through his stream. The broadcasts started with low numbers, but by the Grand Finals on Sunday concurrent viewers were over 1,000 at multiple points in the stream. The champion teams of each region took home $1,200 along with being the first to win this significant event. Among all the good things, it is important to talk about some of the issues, primarily with Brian “Kephrii” St. Pierre spreading toxicity and seeding distaste in the Overwatch community. He spent almost five hours watching VODs from the competition criticizing his teammates and accusing Blake "Gator" Scott of cheating.

Kephrii’s actions didn’t impose too much of a shadow on the event, and most played it off as him being sore about losing and lashing out. Breakable Barriers was an all-around fun and entertaining event that fulfilled its purpose for the first iteration. It got people talking about tier 2 and tier 3 Overwatch, it brought players of all levels together to compete, and there is another tournament happening this weekend. If Breakable Barriers can become the consistent off-season competition that Overwatch fans crave, the player base as a whole will prosper and see more rising stars than ever before through the Path to Pro process. Popular Overwatch figures like Hex, ZP, Avast, Fran, and xQc supported this event and were instrumental in helping it gain so much recognition in its first weekend ever.