Danish esports organization — Astralis — officially entered the world of competitive Fortnite earlier today. The brand best known for its presence in Counter-Strike: Global Offensive has been around since 2016. Previously, Astralis was one of the few marquee esports teams that went without a Fortnite division for the last four years. That has all changed following the signing of ten-time Fortnite Champion Series (FNCS) finalist Thomas “Th0masHD” Høxbro Davidsen.

Another Victory Royale for @Th0masHD. 🏆

Astralis announced the signing of Th0masHD earlier today on Twitter alongside a video to welcome their first competitive Fortnite player. It's a significant moment, as Th0masHD is undoubtedly one of Europe's best players, possessing impressive career accolades such as qualifying for ten of the 12 FNCS events that have ever taken place. Those multi-million-dollar tournaments date back to late-2019, following the Fortnite World Cup Finals—where Th0masHD also competed and finished in 21st place.

For a new organization in Fortnite, there's arguably no better free-agent acquisition than Th0masHD. He's been atop the game's most challenging region since 2018 and has improved immensely with time. Th0masHD finds success regardless of the format, and, with LANs slowly coming back, he would represent the Astralis brand well no matter the environment. Th0masHD commented on the signing:

MORE FROM ESTNN
Fortnite: How To Unlock Nick Fury Skin

“I've shown a high level over the last three years, and I think Astralis and the team behind the organization can help me improve the last percentages that can be crucial in the big tournaments and events to reach the top says the new Astralis star,” he said.

Th0masHD will compete in this weekend's FNCS Grand Royale Finals, which features a $5M USD prize pool. He, along with teammates Queasy and Anas, is one of the favorites to win.

It seems unlikely that Astralis is one and done in Fortnite, considering the esports organization created a Twitter account specific to its Fortnite team. The European scene possesses some outstanding free agent players, such as FNCS Season 8 Champion Kami.

Astralis' co-founder Jakob Lund Kristensen spoke to the reach of Fortnite and the organizations reasoning for entering Fortnite and signing Th0masHD:

“We want to be in game titles that engage many fans, where we can contribute further with everything we can in the form of digital and physical actions. That's why Th0masHD is perfect for us — he's a big international name, he's insanely talented, and with his games and persona, he reaches a vast crowd of gamers and fans worldwide.”

MORE FROM ESTNN
The Best & Worst of Fortnite Chapter 2 The Best & Worst of Fortnite Chapter 2 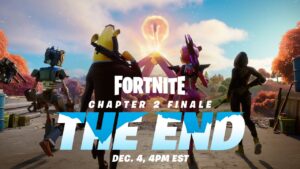